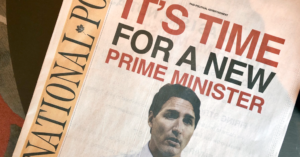 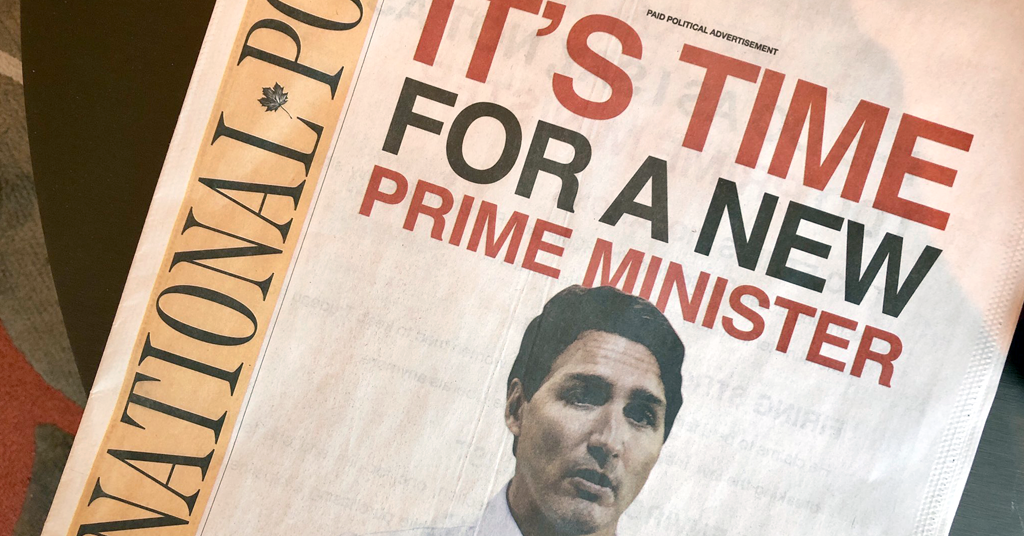 This article is more than 3 months old
New

Elections Canada records suggest over a dozen individuals donated nearly $40,000 to third party group over a time span of 48 hours

The Plymouth Brethren Christian Church, also known as the “Exclusive Brethren,” is a religious sect with only 50,000 members around the world, particularly in the UK, Australia and New Zealand. In Canada, the Brethren are believed to have fewer than 10,000 members.

The PBCC were the subject of a recent CityNews documentary that brought to light allegations from former members detailing how they were cut off from friends and families under the PBCC’s “doctrine of separation.” The PBCC disputes these claims and denies it is a “cult” — the PBCC’s leader is listed on its website as Bruce Hales of Sydney, Australia.

In a statement to PressProgress, the PBCC responded that “the description of the PBCC as a cult is just not true” and added: “We are not secretive, but we are often misunderstood.” 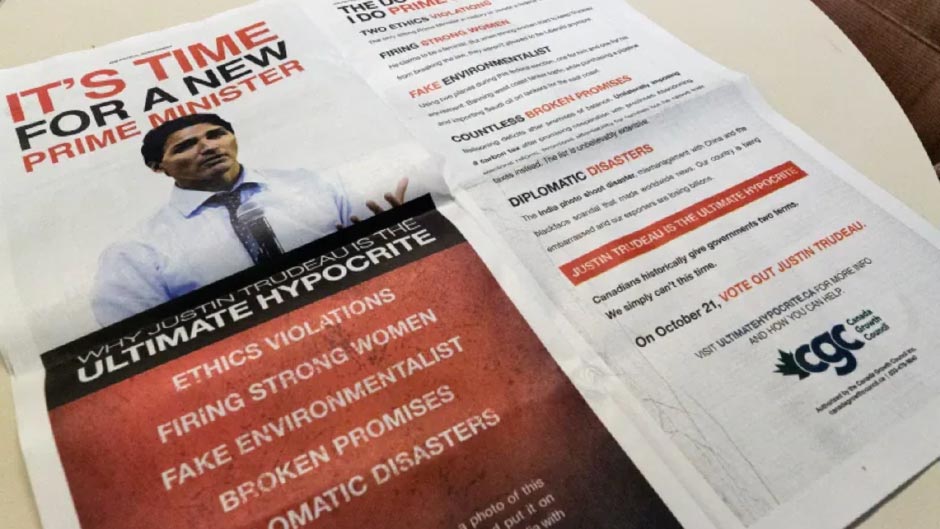 More than a dozen names listed in Elections Canada filings as having each donated thousands of dollars to the third-party group “Canada Growth Council” appear in a directory obtained by PressProgress listing the names of Canadian PBCC members.

The records suggest at least 13 donors across Canada linked to the PBCC donated a total of $37,000 to the Canada Growth Council within a span of 48 hours, with the bulk of the donations recorded on the same day.

“We are targeting ridings in the upcoming federal election,” CGC told PressProgress in 2019, adding that they targeted any “MP or candidate” who “does not support (Western) industries, our vision or has shown they’d rather support Justin Trudeau’s agenda than support their own constituents.”

The group erected billboard ads, such as those described as “carpet-bombing” former Public Safety Minister Ralph Goodale, and ran full page ads in the National Post and Globe and Mail.

These ads in today’s national papers have a simple and strong message. #cdnpoli #elxn43 pic.twitter.com/r5FcKS9Ag5

In addition to PBCC members, the CGC is also funded by oil industry players and Saskatchewan Party insiders.

Shaping Canada’s Future, a third party advertiser, donated $50,000 to the Canada Growth Council. Shaping Canada’s Future’s was incorporated by Douglas Nelson,  Kenney’s chief financial officer during his 2017 UCP leadership campaign and its board includes Brad Tennant, former Executive Director of the UCP as well as Peter Kiss, an Alberta businessman, appointee to Kenney’s economic council and a UCP donor.

As PressProgress reported previously, several of the CGC’s board members have also worked for or donated to the Saskatchewan Party. Energy industry CEO Craig Lothian is another big donor to both the CGC and the Sask Party.

Keith Prince, President of Tillsonburg Tube, is listed as making the biggest single donation ($7,500) to the CGC of the Brethren-linked donors. Canada Revenue Agency records also list Prince as a director of a registered charity that operates a Brethren meeting hall located in Tillsonburg, Ontario. 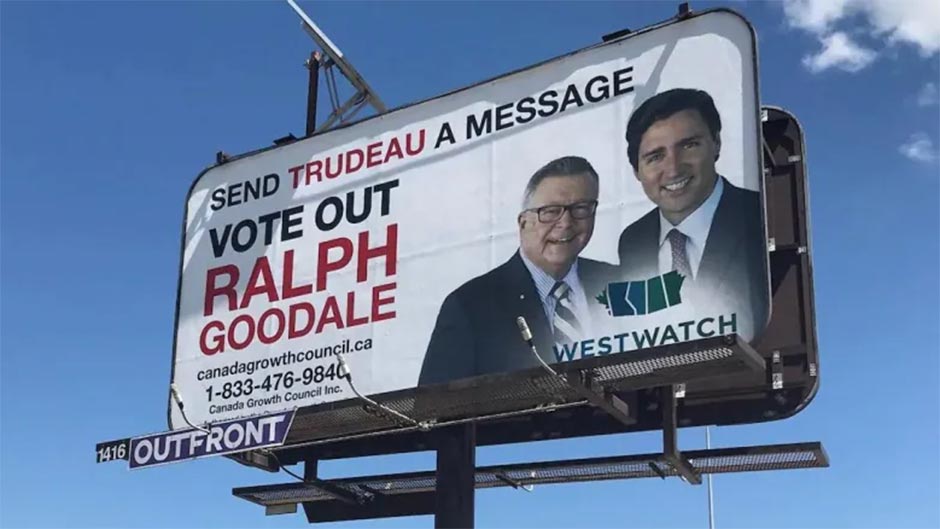 Phil Jenner, co-founder of Klondike Lubricants, is listed as donating $3,000 to the Canada Growth Council. Jenner is listed as a director on the board of a Brethren school in Surrey, BC

Ken Wragge, President of Northridge Electric, is listed as donating $2,500 to the Canada Growth Council. Wragge is also listed as a director for a Brethren meeting room in Woodbridge, Ontario.

One corporate entity, Robertson Construction, donated $1,000 to the Canada Growth Council. Its Director of Operations Rodney Robertson is also listed as donating $500. Executives Garth and Rodney Robertson are listed as directors of a charity which runs a Brethren school in BC.

Ken Wragge’s father Dennis Wragge was one subject of CityNews’ recent Breaking Brethren documentary. Dennis says the PBCC separated him from Ken when Ken was 16 years old in accordance with the church’s “doctrine of separation.”

“I gave my whole heart. You have to be born into the group. So basically, if you’re in there, you know, nothing of life outside the group, and I was a very keen person that gave lots of money and my time and everything to it.”

“I guess I started falling out of favour with the leadership, so one day I was kicked out,” Dennis Wragge told PressProgress. “And that day, my three oldest kids were taken away from me and I’ve never seen them since. They’re not allowed to speak to me.”

Dennis Wragge says he used to sit on the same Ontario PBCC meeting room board now occupied by his estranged son Ken.

“Generally speaking, somebody who would be on the board of these meeting rooms … would be the wealthier ones, who would be the influential ones,” Dennis Wragge said. “People that can run their business, they do have leadership skills. It doesn’t mean that they’re a spiritual person, though, by a longshot.”

Business is a significant aspect of PBCC activities. Many Plymouth Brethren members run small businesses and are supported by the church’s Universal Business Team, which is a “global business providing advisory and group buying services, corporate training, consulting and leadership and excellence mentoring,” according to its website. The UBT also offers an Advanced Business Management course to prepare members for work in Brethren family businesses.

While Dennis identifies as a conservative, he hopes to see conservative politicians “avoid getting mud on their face” from involvement with the PBCC community.

Neither Keith Prince, Phil Jenner, nor Garth and Rodney Robertson responded to multiple requests for comment from PressProgress about their CGC donations.

Ken Wragge referred all questions to “our lawyer” Gerald Chipeur.

Chipeur is the former general counsel of the Conservative Party of Canada and is considered an influential figure in Canada’s conservative movement.

According to journalist Marci Mcdonald, the Brethren previously “hired the services” of the Calgary-based lawyer. Chipeur was himself later listed as the plaintiff in a lawsuit filed in California against a website called Peebs.net run by former members and critics of the PBCC.

Chipeur did not respond to requests from PressProgress about Ken Wragge’s donations to the CGC or the lawyer’s own past involvements with the PBCC.

In a statement, the PBCC said it had “no knowledge” of the donations, but added: “If an individual decides to make a donation to an organization, it is their right to do so.” There is “no such thing as ‘leadership approval’ regarding this,” the PBCC told PressProgress.

According to the PBCC website, its members may lobby representatives on issues “concerning the compatibility of legislation and policy with the teachings of the Holy Bible.” And despite a rule forbidding “donations to any political party,” individual members may exercise “their democratic right to make public statements or donations to individual politicians, this is their own matter.”

“They are experts, and somebody has written that, obviously a PR person,” Wragge added. “It sounds very good, but nothing – nothing – happens without the direction from Australia, from Bruce Hales. So it has nothing to do with the individual, what you think individually.”

Plymouth Brethren members have been involved in secretive political campaigns in the past.

In 2005, the Vancouver Sun reported the Plymouth Brethren was behind an “aggressive but anonymous direct-mail and advertising campaign against gay marriage” in opposition to Bill C-38.

According to a 2005 investigation by the Vancouver Sun:

“BC Conservative MP James Moore, who is pro gay marriage said this week that CCP was responsible for roughly one-third of the 10,000 e-mails, faxes, and letters that streamed into his constituency office on Bill C-38, which was passed in the House of Commons last month.

Exclusive Brethren members have been on Parliament Hill for months, talking to MPs and attending committee meetings. About 30 members — including 10 women wearing head scarves — were in the public gallery during the vote on the bill.” 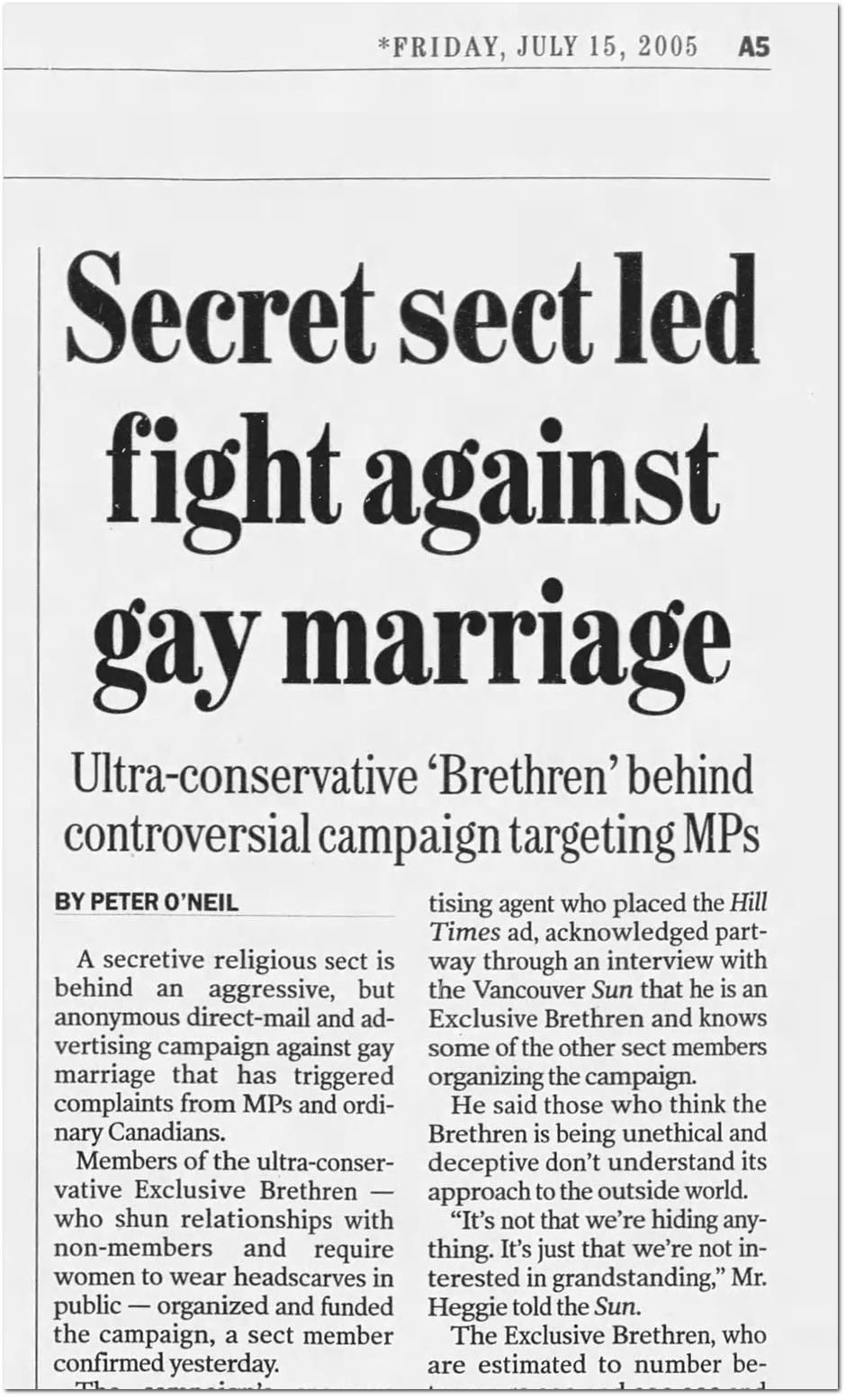 After the Winnipeg Free Press reported on allegations the sect has “gone from being a Christian sect to full-blown cult,” the PBCC released a lengthy 23-point rebuttal accusing the newspaper of “untruths, inaccuracies, and a misleading presentation of allegations.”

A no longer accessible FAQ page on the PBCC’s website goes into further detail denying that they are a cult.

The PBCC also runs a charity called the Rapid Relief Team which has controversially partnered with Canadian police departments.