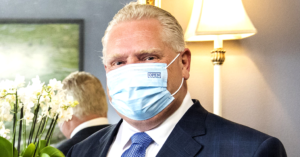 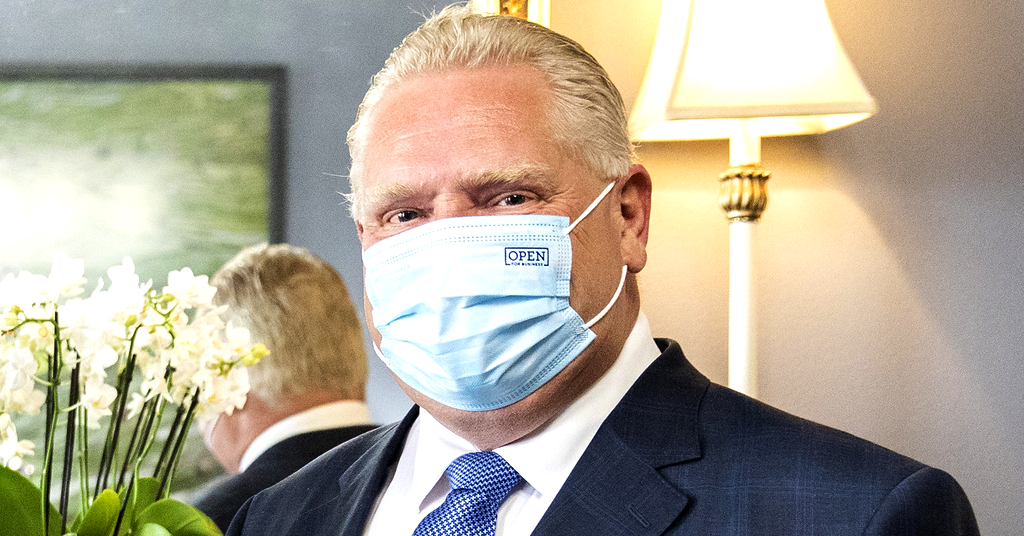 Klondike Lubricants, an industrial bulk and retail oil company, received $1.94 million in public funds from the Ministry of Government and Consumer Services in May 2020, according to Ontario Government records.

“In May 2020, the Ministry of Government and Consumer Services (MGCS) entered into a $1.94 million agreement with Klondike Lubricants Corp. for the provision of surgical masks. No further purchases from Klondike Lubricants have been made,” a government spokesperson told PressProgress.

The ministry spokesperson said the multi-million dollar contract was awarded to the British Columbia-based oil company after it submitted a proposal through an Ontario government procurement portal soliciting “critical goods” for the pandemic.

Other companies linked to the sect were involved in a controversy in the UK after The Times reported dozens of Brethren-linked companies received £2.2 billion in COVID-19 related contracts from the UK’s Department of Health and Social Care. The Times’ investigation also revealed one of these companies, Unispace Global, was an office interior design company “that suddenly became a PPE provider at the start of the pandemic.”

Dozens of companies with connections to a tiny fundamentalist Christian sect were awarded as much as £2.2 billion in government coronavirus contracts, The Times can reveal https://t.co/Mghzkn0yFR

The PBCC has a strong focus on business. Many Plymouth Brethren members run small businesses and are supported by the Universal Business Team, which is a “global business providing advisory and group buying services, corporate training, consulting and leadership and excellence mentoring,” according to its website.

Brethren members have engaged in secretive political campaigns in Canada, despite the church’s policy which states that members do not vote.

Members of the PBCC quietly donated tens of thousands of dollars to the Canada Growth Council, a third party advertiser that ran attack ads against Justin Trudeau and federal Liberal candidates in the 2019 federal election.

Phil Jenner, Klondike’s CEO, was listed as donating thousands of dollars to the CGC.

NEW: Members of a controversial and secretive religious sect funded a 3rd-party group behind anti-Trudeau ads.

The group has a number of links with operatives connected to Scott Moe’s Saskatchewan Party and Jason Kenney’s UCP.https://t.co/7iu5b4YtAU #cdnpoli #skpoli #ableg

The CGC was also run and funded by figures with close ties to the oil industry, Scott Moe’s Saskatchewan Party and Jason Kenney’s United Conservative Party.

In 2005, the Vancouver Sun reported Brethren members were involved in a secretive campaign against same-sex marriage.

Members of the same sect were behind an anonymous group calling itself “Concerned Canadian Parents” that ran an aggressive campaign against same-sex marriage in 2005.https://t.co/7iu5b4YtAU pic.twitter.com/Lt5siC75Oc

The PBCC, also known as the “Exclusive Brethren,” is a religious sect with only 50,000 members around the world, particularly in the UK, Australia and New Zealand. In Canada, the Brethren are believed to have fewer than 10,000 members.

The PBCC were also the subject of a recent CityNews documentary that brought to light allegations from former members detailing how they were cut off from friends and families under the PBCC’s “doctrine of separation.”

The PBCC disputes these claims and denies it is a “cult” — the PBCC’s leader is listed on its website as Bruce Hales of Sydney, Australia. The PBCC previously told PressProgress that “the description of the PBCC as a cult is just not true” and that “we are not secretive, but we are often misunderstood.”

“The Plymouth Brethren Christian Church does not have commercial interests other than those which relate to the running of our Church, for example, our places of worship. This is largely around our halls where our members congregate,” a PBCC representative told PressProgress.

“We cannot comment on the business interests of our members because, like most other religious groups, our members are free to explore their own commercial interests and the Church does not have any vested interest or involvement in them.”

But ex-Brethren members say business often took precedence over spirituality within the church.

“They didn’t have to really be very spiritual, shall we say? They just had to be really good at business,” an ex-member told PressProgress.

The ex-member explained that the global network of Brethren businesses likely helped Brethren members obtain COVID-19 contracts early on in the pandemic.

“Because it’s a worldwide network of businesses with a lot of different suppliers, they were probably able to use each other in order to get a good supply chain going,” the ex-member said.

It appears Klondike Lubricants was able to utilize this global business network, the Universal Business Team – and direct connections to Australian PBCC leader Bruce Hales’ family – to import large amounts of PPE in a short period of time.

Klondike Lubricants CEO Phil Jenner explained why the oil company was pivoting to selling PPE in a Facebook post in April 2020, shortly before Klondike received the Ontario government contract.

Jenner explained that Klondike agreed to “invest millions in PPE products” even though it “may look as going sideways from our core business competencies.” Jenner said that the “most relevant human and business decision right now” was to stop the spread of COVID-19 and provide protection for customers, employees and the broader community.

One PPE product Klondike advertised on Facebook was from the brand Shield, which is part of a larger family of brands from bulk PPE supplier and exporter CoShield – another Brethren-linked company. According to a now-deleted page on the company website, “CoShield Global facilitates multi-million sourcing deals every month” through “collaborative procurement processes.”

Klondike co-owner Brad Mitchell was listed as a CoShield Business Development manager for North America, according to another deleted webpage. In a Facebook video, CoShield directs customers to email the Universal Business Team’s group buying service in Australia. The Universal Business Team was listed as a major PPE importer to Canada in 2020, according to the Canadian Importers Database.

Mitchell is also listed as a director of Ox Tools – another company listed as a major PPE importer in 2020 – alongside Dean Hales, son of PBCC leader Bruce Hales, according to corporate records.

Neither Phil Jenner nor Brad Mitchell responded to PressProgress’ request for comment.

Klondike Lubricants is not the only company linked to members of the sect that helped funnel money to right-wing political organizations.

ICYMI: Tillsonburg Tube Inc. is investing $2M to expand their existing facility to provide made-in-Ontario, short-run products for the healthcare and agriculture sectors.

Tillsonburg Tube, another Brethren-linked business whose owner, Keith Prince, is listed as having donated $7,500 to the Canada Growth Council., recently received a $300,000 investment from the province as part of the Southwestern Ontario Development Fund.

Prince told PressProgress the government funding was obtained through a “comprehensive application process that looks to support growth and job creation.”