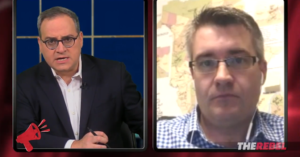 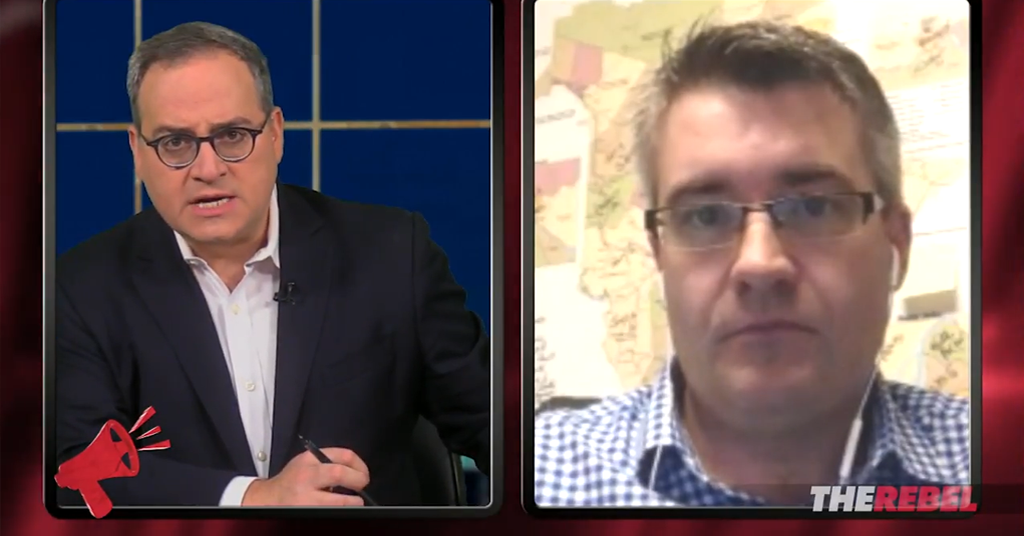 Kris Austin, leader of the right-wing People’s Alliance, joined Levant for a 20-minute congratulatory interview over the weekend, in which Levant gave his blessings to the leader of the obscure third party for his “defiance of political correctness.”

Levant even told Austin he sees a “tiny bit of a Rebel” inside of him.

Austin’s party won three seats in rural New Brunswick on election night last month. With no party winning a majority of seats, the People’s Alliance is now poised to hold the balance of power by helping the Progressive Conservatives form government in New Brunswick.

Austin’s anti-francophone rhetoric was a source of immense controversy during the campaign, sounding alarm bells for the province’s Acadian population – the mayors of 19 municipalities across New Brunswick later signed a letter condemning any party that enters into a coalition with the People’s Alliance.

During the interview, Levant suggests parallels between the People’s Alliance leader and Maxime Bernier, who founded the far-right, anti-diversity “People’s Party.”

Levant and Austin also bonded over their rocky relationship with the media, with the People’s Alliance leader vowing he will never “take the politically correct” approach on “hot button items” or “taboo topics”:

“We’ve always taken the approach that we’re not going to, when it comes to these hot button items or these taboo topics, we refuse to take the politically correct, sanitized approach to these issues.”

Rebel Media last made headlines in New Brunswick in September when a video surfaced showing Matthew Raymond, who stands accused of murdering four people including two police officers in Fredericton this summer, praising Levant’s far-right website as his most trusted source for news.

The video, shot by local blogger Charles LeBlanc, shows Raymond wandering the grounds of the New Brunswick legislature with an anti-Muslim sign.

Pressed on his views, Raymond tells LeBlanc he thinks “Rebel Media” is the only news source around that is not “biased.”

Goldy was fired for appearing on a neo-Nazi podcast, later promoted a book calling for the “elimination of Jews” and is now a fringe candidate for Toronto mayor.