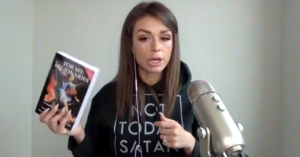 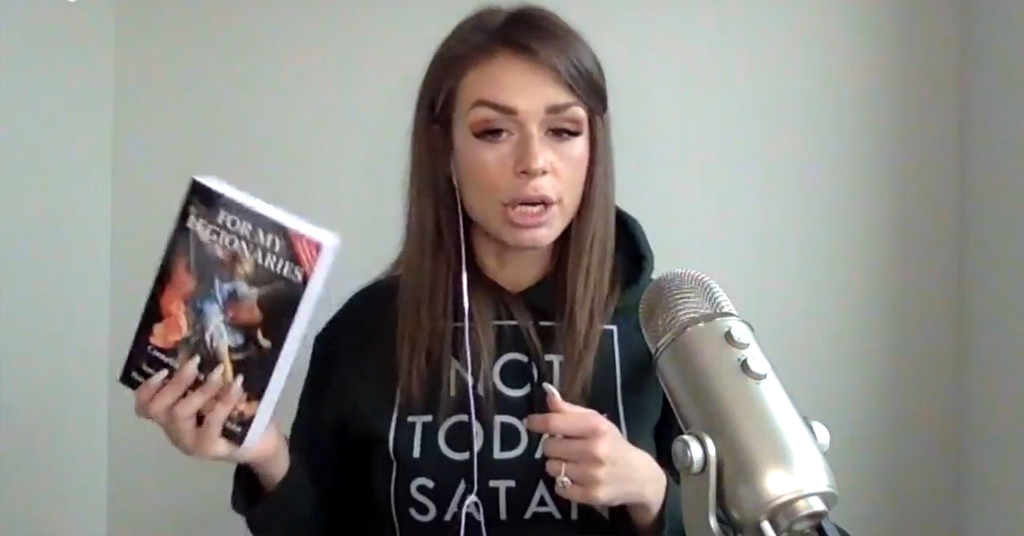 If you’re wondering what books Faith Goldy is reading these days, it turns out the answer is 1930s fascist propaganda that calls for eliminating “the Jewish menace.”

Following last week’s debacle surrounding her event blaming immigrants for the collapse of the white race at Wilfrid Laurier University, the former Rebel Media host connected over YouTube with Ayla Stewart, a white supremacist Mormon blogger whose extremist ultra-right views were publicly condemned by the Church of Jesus Christ of Latter-day Saints.

At one point during the hour-long video chat, Goldy asks Stewart: “can I share with you a couple of books that I wanted to recommend to people?”

One of Goldy’s recommended books – “For My Legionaries,” by Corneliu Codreanu – is described by the Southern Poverty Law Centre as one of “the canonical works of global fascism,” a text published in 1937 by the anti-Semitic leader of a murderous Romanian fascist group that advocated “the elimination of Jews.”

“This one is a little bit edgier,” Goldy concedes.

Although she claims she hasn’t finished reading the entire book, Goldy stresses that “it’s very, very, very, very spot on given a lot of what the movement is talking about right now.”

The book’s author, Corneliu Codreanu, was the “founder and leader of (Romania’s) principal fascist movement” who has lately become a minor cult figure within certain corners of the white nationalist alt-right.

According to the US Holocaust Memorial Museum in Washington:

“In the years before World War II, Codreanu advocated for the elimination of Jews from Romania. He promoted virulent antisemitism and nationalism, declaring unequivocally to his followers, “the historical mission of our generation is solving the kike problem.” ​

​It seems implausible anyone who looks more than two seconds at the book Goldy is recommending could miss the book’s blatant and explicit anti-Semitism.

The Table of Contents alone includes chapters with titles like “the plans of Judaism against the Romanian nation” and “the attitude of the Jewish press” – the largest section of the book is dedicated to “the Jewish Problem” (also referred to as the “Jewish Question”).

In total, variations of the word “Jew” appear at least 600 times in a book that runs just under 250 pages in length, including explicit calls to embrace “fascism” as a means to remove the “Jewish threat”:

“Fascism could only mean the elimination of the dangers threatening the Romanian people, namely, the removal of the Jewish threat.”

The book, which expresses admiration for Hitler and Nazis on multiple occasions, also delves into junk science to justify “the elimination of Jews”:

Which begs a question for the alt-right event promoter who invited Goldy to Laurier – does Lindsay Shepherd still believe Faith Goldy is the furthest thing from a “white supremacist” or a “neo-Nazi”?

Update 1: In an e-mail to PressProgress following publication of this story, Ayla Stewart claims she has been “misidentified” as “Mormon,” despite being identified as such by several US media outlets and writing on her blog as recently as last year: “yes, I’m Mormon.”

Stewart claims she’s the victim of a “smear campaign” by the Salt Lake Tribune, which reported that her blog falsely cited “Mormon scripture as evidence that races should be separate,” leading the LDS Church to condemn white supremacy.

Stewart did not dispute being identified as a white supremacist.

Update 2: In an e-mail sent 18 minutes later, Faith Goldy directed PressProgress to a set of tweets responding to this story claiming she did not finish reading the book, which historians have compared to Mein Kampf, before endorsing it.

Goldy – who previously appeared on a neo-Nazi podcast, recited a creed written by a neo-Nazi and endorsed a manifesto calling for an “ethno-state” for the “Aryan” race – now says she no longer endorses the book.

Faith Goldy has retracted her endorsement of an anti-Semitic book claiming she was unaware of “a disturbing line later in that book.” Meanwhile, the book’s table of contents: pic.twitter.com/OVTKU1w1E3