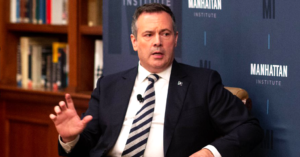 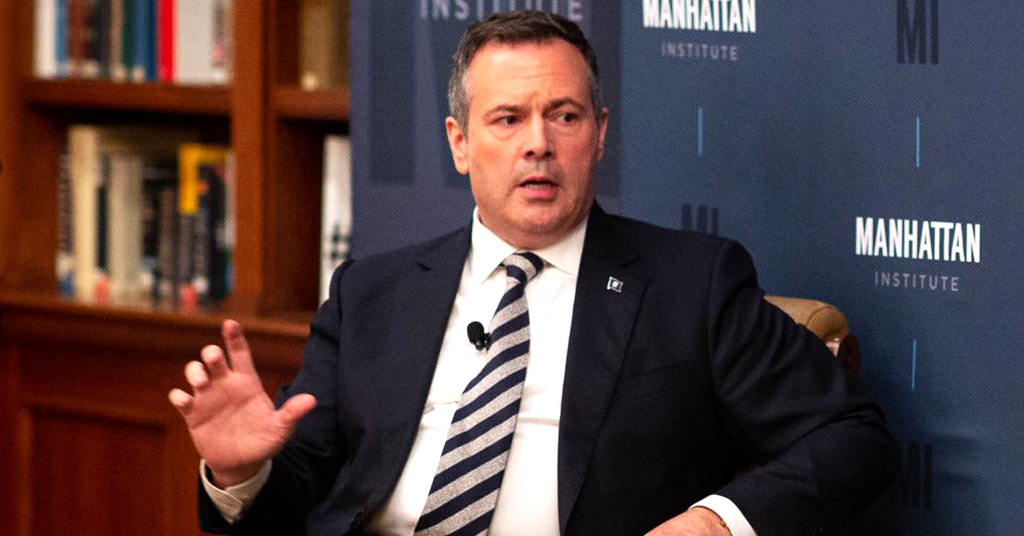 A curriculum review panelist recently appointed by Jason Kenney’s government is an American scholar who specializes in work looking at public subsidies for privately-run religious schools.

The American researcher, Ashley Berner, confirmed to PressProgress that her work is “supported” by the Charles Koch Foundation, a right-wing organization pushing for public-funding of private and charter schools in the United States.

Last month, Education Minister Adriana LaGrange named the foreign, Koch-funded scholar as one of the experts on a panel that is tasked with rewriting the curriculum in Alberta schools — the panel includes no current Alberta teachers.

We are lucky that Ashley Berner is volunteering her time. She is a leading academic in education, and is currently the Deputy Director of the Johns Hopkins Institute for Education Policy.

Thank you for volunteering your time and expertise. You bring so much to the table! #abed pic.twitter.com/5atGXrF5IF

The John Hopkins University professor told PressProgress the Koch Foundation “supports my work and that of our institute” through a major grant that runs from July 2018 until June 2020.

“The general purpose is to conduct research on policies and practices (in the US and elsewhere) that render educational pluralism both excellent and equitable,” Berner said, explaining the terms of the grant. She emphasized that the Koch Foundation is “committed to academic freedom” and her work is “non-partisan.”

She said she’s never met Jason Kenney before and, in fact, first received a phone call from LaGrange’s Chief of Staff “inquiring as to my interest in serving.”

Berner told PressProgress she is an American citizen who was born in Florida and currently lives in Baltimore, Maryland. She said she was “honoured” to be named to Alberta’s curriculum advisory panel.

The Charles Koch Foundation also confirmed it gave nearly a million dollars to the Institute for Education Policy last year, where Berner serves as deputy director, to conduct research in her area of expertise.

“We provided the school a $932,000 grant in 2018 to support the Institute for Education Policy’s research on educational pluralism,” a Koch Foundation spokesperson told PressProgress.

According to the Washington Post, Berner’s work on “educational pluralism” was showcased as an example of research conducted with the “financial support” of the Koch Foundation during a Koch network donor retreat in California earlier this year, part of a new push by the American right to “undermine traditional public schools.”

“We’ve got to start supporting politicians who are willing to make compromises,” Berner is quoted saying on the Koch Foundation’s website.

“Americans are tired of the battles between charters and district schools; these take up too much energy and resources.”

.@JHUEdPolicy‘s Ashley Berner says that other democracies fund all types of schools, including religious ones, and America could learn from this. https://t.co/l8SRgSVbrB

Berner dismisses suggestions that it could seem unusual for an American with no tangible connection to Alberta to be involved in rewriting a curriculum for Alberta schoolchildren, noting she mentions Alberta in her research.

Earlier this summer, Berner praised Alberta as a “fascinating model” for American right-wing education reformers, pointing to the “expansion of non-public schools” and the “redistribution of property taxes.”

Berner’s 2017 book, Pluralism and American Public Education: No One Way to School, further praises Alberta for its funding of evangelical homeschoolers and elite private academies.

According to Berner’s CV, she has served as an academic advisor for the Center for Education Reform, a right-wing think tank funded by the Koch donor network that advocates for charter schools, and she also currently sits on the editorial board of the “Journal of School Choice.”

Berner is also a senior fellow at the Canadian social conservative think tank Cardus, acting as an adviser on education policy. Another panelist on the curriculum review, Amy von Heyking, has also served as an adviser to Cardus.

Cardus has hosted numerous events for Kenney in the past, including one event at Calgary’s Glenbow Museum last year.

As well, earlier this summer, Berner authored a report for the Manhattan Institute, the same place where Kenney delivered a speech just this week, praising the organization as “one of America’s most influential think tanks.”

The Manhattan Institute also received funding from the Charles Koch Foundation and others in the right-wing Koch donor network.

“Ashley Berner is a well known advocate of privatizing public education and does so in the predictable language of education reformers,” Silva told PressProgress.

“If Kenney is truly concerned about foreign-funded activists,” Silva noted, “he should be more introspective and examine his own choices.”

Earlier this month, the Kenney government ordered public school boards in Alberta to remove the word “public” from their names, a move widely regarded as a signal of Kenney’s agenda targeting public education.

According to Art Pope, an ally of Charles Koch and a member of his donor network, the right-wing billionaire is currently investing in education reform for the explicit purpose of pushing conservatism on children.

“The younger generation is less sympathetic and less understanding of limited government conservatism,” Pope said at a Koch Foundation event earlier this year.

“They’re more sympathetic or more willing to give not just social justice but outright socialism a chance.”

Kenney has himself expressed similar sentiments.

In a 2016 interview with Rebel Media, Kenney said he believes schoolchildren are being “hard-wired” with anti-conservative ideas by Canadian public schools, describing it as a “cultural challenge” Conservatives need to overcome.