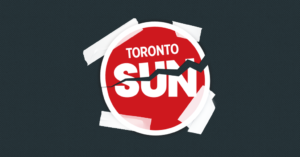 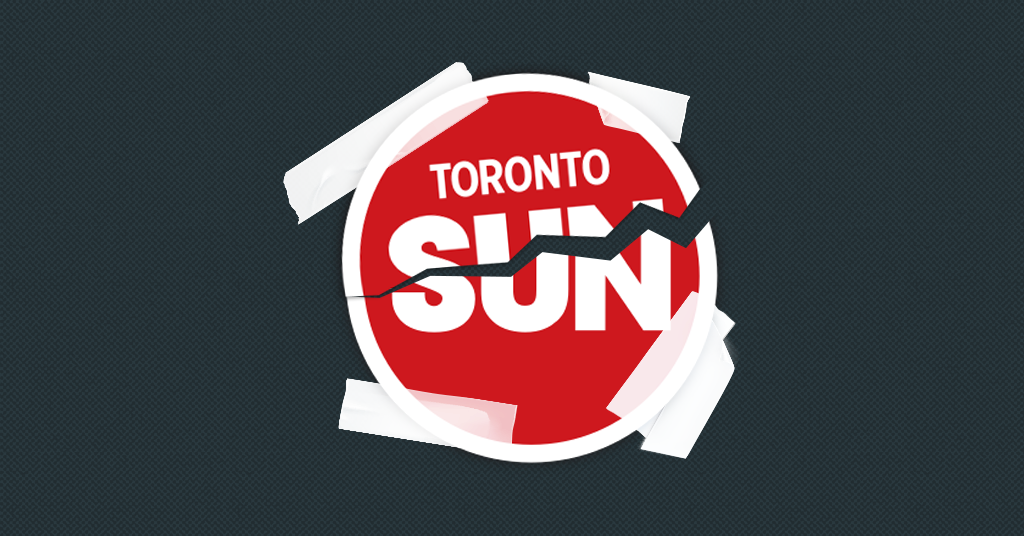 If you’ve noticed the Toronto Sun’s been weirder than usual lately, you’re not alone – many of Canada’s most respected journalists have noticed too.

While Postmedia CEO Paul Godfrey has been laying off journalists and running his newspapers towards bankruptcy, it increasingly feels like the right-wing tabloid has absolutely no filters or quality controls whatsoever.

Also worrying is a leaked document ahead of Ontario’s 2018 election that revealed the Toronto Sun is actively working to manufacture a right-wing culture war by selectively pushing hot button social and cultural issues.

After this week’s horrific shootings on Toronto’s Danforth, the right-wing tabloid’s coverage is doing a better job fueling the online rumours and conspiracy theories  that foment divisions than it’s doing responsibly reporting facts.

Here’s what they’re saying about a few of the worst Toronto Sun writers this week:

The award for most irresponsible journalism in the wake of a tragedy has to go to Toronto Sun columnist Sue-Ann Levy.

Before public officials had provided any information on the shootings, Levy began wildly speculating on the motives of the shooter and, with zero evidence, floated the idea it could be a “refugee.”

Two days later, police have either categorically ruled out or have no evidence to support any of Levy’s three hypothetical motives.

Levy stepped in it again the same day when an article published under her name falsely claimed mass shootings do not happen in the United States based on her regular trips to Florida.

In fact, Florida has seen over 50 mass shootings in the last two years alone, including a high profile shooting school shooting in Parkland earlier this year.

The Toronto Sun’s Sue-Ann Levy, writing on the Danforth shooting, bafflingly claims such things don’t happen in Florida, where she regularly spends time. There have been over 50 mass shootings in Florida since the 2016 Pulse massacre. https://t.co/R6nq1Aun12 pic.twitter.com/ddR3eEHgaR

Newspapers are fun because you can just write that mass shootings don’t happen in Florida, and who’s gonna stop you? https://t.co/H9Q5qztRHf pic.twitter.com/co44aXsfq5

Defending our industry in these strange times is hard enough without this kind of fecal matter muddying the waters further.

After Levy’s factual errors came to light, the Toronto Sun heavily edited her article though they did not even bother issuing an editor’s note acknowledging the errors:

The updated story does not contain an apology or any notice of correction. https://t.co/uVW859BYLC

It’s worth noting: Levy recently made a guest appearance on Rebel Media.

Another Toronto Sun writer who has also been headlining Rebel Media events lately is Joe Warmington.

Warmington invited criticism of his ethical and editorial judgment by publishing the home address of the family of the shooter, even though no one has suggested they had any advance knowledge or otherwise involved in the shooting.

In fact, the family released a statement explaining their son had a history of severe mental health issues, a fact documented and verified by police, and expressed their shock and sympathy to the victims.

Hey @TheTorontoSun @PostmediaNews, you not only completely disregarded editorial responsibility, but you utterly failed ethically by allowing your columnist @joe_warmington to print the address of the shooter’s apartment. Shame on you. https://t.co/SE70Wanjf5

Like, what could your motives possibly be for publishing the exact address of the shooter’s family?

What need is being satisfied?

Explain to me like a five-year-old how this qualifies as “journalism,” and not whipping up a mob

OH in the newsroom: Reporter: ‘Does anyone edit this guy, i mean, just basic grammar.?’ Editor: ‘Joe Warmington?’

Toronto Sun columnist Candice Malcolm is living large in California, yet that doesn’t stop the Palo Alto resident from regularly chiming in on current events back home.

The Sun’s Candice Malcolm sent a message to her mailing list declaring that she’ll get to the bottom of what was *really* behind the Danforth shooting: pic.twitter.com/krmeHibIYW

As others have observed, Malcolm’s writings in the Sun and elsewhere are becoming “more and more radical”:

The Sun newspaper chain should be ashamed, and Canada needs to be aware of just how conservatives are becoming more and more radical in this country. Thread. https://t.co/PLkVrFYw4X

Toronto Sun opinion columnist Anthony Furey also veered into InfoWars territory after doxxing a “friend of the family” who acted as a “point of contact” between the media and the family of the shooter.

Journalists from across the country noted Furey’s attempt to draw a “connection” between a friend of the shooter’s family and the NDP and the Muslim community was marked by wild, conspiratorial undertones.

He’s considered a driving force behind the National Council
of Canadian Muslims, as well as a NDP supporter. CONNECT THE DOTS, SHEEPLE.

(There are no dots to be connected.)

No opinion, but I have some insight into how the news industry works: media requests a statement, a statement is issued. Those requested to comment are often at the centre of controversy and OFTEN have someone who takes the role as family rep to issue said statement. It’s common.