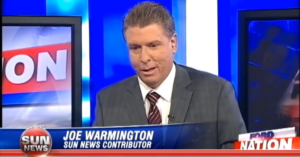 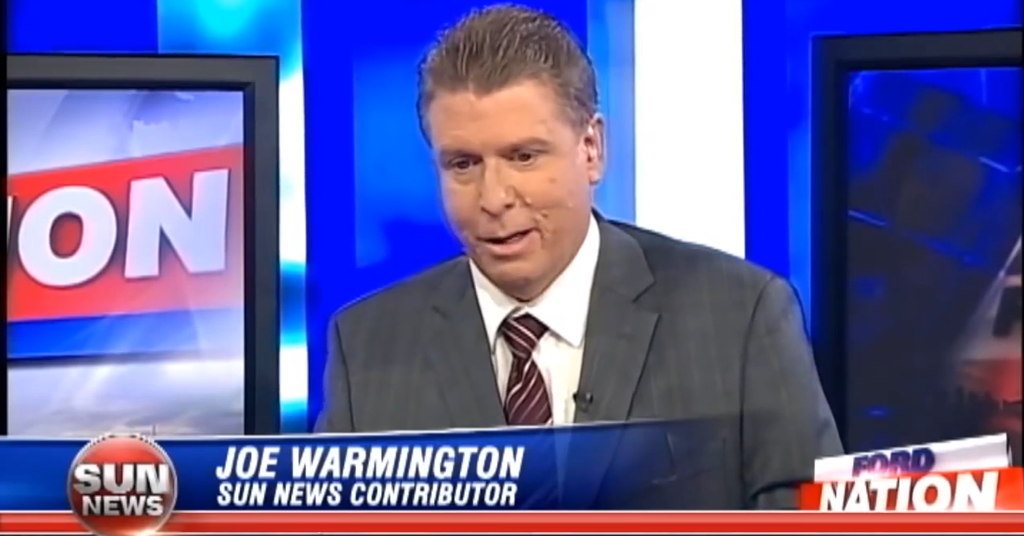 Bad enough a leaked memo exposed the Toronto Sun’s secret plans for the Ontario election, now one of their star reporters is hosting an event about Ontario PC leader Doug Ford at a conference organized by a controversial far-right website.

Toronto Sun reporter Joe Warmington is scheduled to speak on a pair of panels this weekend at a conference organized by Rebel Media, a website denounced by one Conservative MP for promoting “white supremacy” and “anti-Semitism.”

According to Rebel Media’s website, that includes a panel titled “The Fords” along with another panel featuring controversial far-right speakers. “Rebel Live,” which is billed as “the most provocative, most interesting and most conservative conference in Canada,” makes extensive use of the Toronto Sun personality in its promotional materials.

Warmington, who once defended a Rebel Media host outed who appeared on a neo-Nazi podcast by calling her a “good kid,” is promoted in a video as the “Ford whisperer” for his exclusive access to Ontario PC leader Doug Ford.

One online ad circulating on Facebook quotes the “legendary reporter” praising Rebel Media for being better than the “mainstream media”:

“The reason the mainstream media is in trouble, and the reason the Rebel and others are growing, is because you’re not afraid to tackle what the story is.” Memorably, the Toronto Sun reporter teamed up with Rebel Media owner Ezra Levant in 2013 to co-host Rob and Doug Ford’s short lived Sun TV show “Ford Nation,” which was cancelled after one episode.

The “Rebel Live” event – hosted at Canada Christian College, an organization headed by Charles McVety, a homophobic Christian nationalist and a major ally of Doug Ford – includes a speaking roster that features a cavalcade of bigots and right-wing extremists.

Warmington will be in good company alongside far-right voices like Rebel Media’s Katie Hopkins:

TORONTO! Looking forward to seeing you all on Saturday. Be reassured – you are not alone. You are the silenced masses. We #standstrong pic.twitter.com/kOzXn9vhdc

Hopkins previously made international headlines when she wrote a column for the British tabloid The Sun which called refugees “cockroaches” and called on British gunships to open fire on boats fleeing genocidal regimes.

“Show me pictures of coffins, show me bodies floating in the water,” Hopkins wrote. “I still don’t care.”

Unfortunately, this year’s Rebel Live event might not be able to top last year’s extravaganza, which featured none other than Doug Ford himself.

Less than a year ago, @fordnation appeared on The Rebel Live, flanked by:

It remains unclear what Warmington’s bosses think about his appearance at an event hosted by Rebel Media – a website the National Post has called “a global platform for an extreme anti-Muslim ideology.”