Jeffrey Park, a former staffer for Conservative MP Tom Kmiec, told PressProgress  he and his wife were “interviewed” earlier this month by investigators working for Alberta’s elections commissioner.

Park declined to reveal what questions investigators honed in on, suggesting that if he told PressProgress, it “could be perceived as interfering with the investigation.”

“These investigators are quite aggressive in the interpretation of their authority,” Park complained, adding “the relevant legislation” is “yet to be tested in court.”

Park is one of three former staffers tied to Kmiec and fellow Conservative MP Stephanie Kusie that were identified to PressProgress by a former UCP MLA who is now blowing the whistle on an alleged scheme to launder donations. 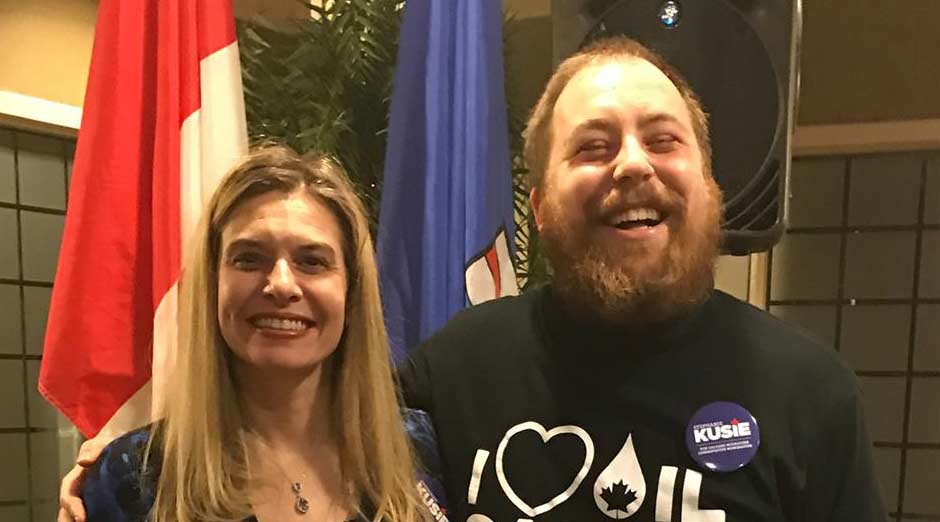 Prab Gill, a former UCP MLA, told the UCP caucus earlier this month he has shared information with investigators detailing nearly $40,000 in “questionable donations,” warning “there is strong evidence that laws were broken and Jason Kenney is alleged to have been directly involved.”

Last week, PressProgress obtained a leaked e-mail to the UCP caucus from Gill in which the former UCP MLA alleges “three riding assistants” for federal Conservative MPs made nearly half of the “suspicious” donations to Callaway’s campaign.

Both Kmiec and Kusie have close ties to Kenney and were helped along their path to Ottawa with important endorsements from Kenney early in their careers.

Kmiec, who took office in 2015, worked as an advisor to Kenney during his time as Minister of Citizenship and Immigration. Kusie was the heir to Kenney’s seat in Parliament, replacing him as Calgary-Midnapore’s member of parliament in 2017.

And Kmiec and Kusie have deep roots in Canada’s social conservative movement – something at least two of the three former staffers appear to have in common.

Park, who moved to Calgary in 2013 on a mission to convert Muslims to Christianity, has proclaimed that the “reformation cannot be over until two billion Muslims” are  “captivated by the Word of God.”

Davies, who says he is currently out of country, declined to comment on the election commissioner’s investigation, but told PressProgress he feels Callaway’s donors are being “harassed.”

Although Davies and two family members gave Callaway a combined $10,000, at one moment during Callaway’s two-month campaign – which launched on August 4, 2017 and ended October 4, 2017 – Davies declared he’s “100% behind Jason Kenney.”

Asked if Kusie’s office was aware of his involvement with Callaway’s campaign, the former constituency assistant said he had no reason to disclose it.

In a statement to PressProgress, a spokesperson for the Calgary MP said their office provided no support to Callaway’s leadership campaign, adding that it is common for federal staffers to get involved in provincial politics on their own time.

The spokesperson said Cameron Davies worked for Kusie’s office until May 2018 while the second staffer, David Ruiz, left later that summer.

Kmiec’s parliamentary office did not respond to questions from PressProgress, but Jeffrey Park said he left Kmiec’s office in 2017 before the UCP leadership race.

Elections Alberta records show donations from Ruiz,  Park (plus his wife) and Davies (plus two other family members) combined for a total of $20,000.

Under Alberta law, individuals are only permitted to donate $4,000 each year. In a statement to PressProgress, Elections Alberta explained the province’s election laws “prohibits someone from making a contribution using funds that do not actually belong to that person.”

The Office of Alberta’s Election Commissioner has previously declined to comment on its investigation and there is currently no indication investigators have obtained evidence any of the former staffers have violated election laws.