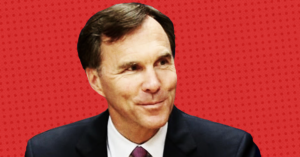 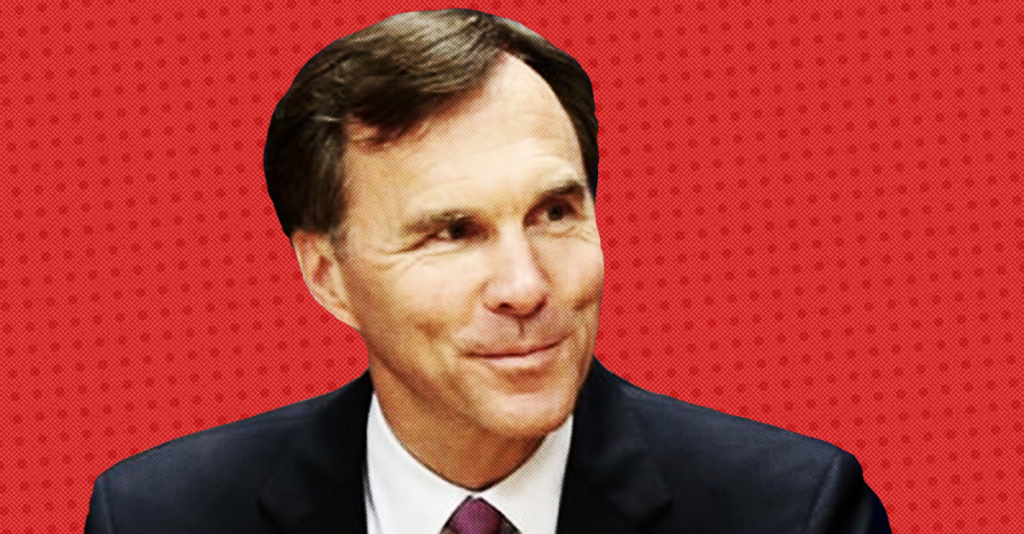 Is Bill Morneau getting ready to cut taxes for multibillion-dollar corporations?

Earlier this year, Justin Trudeau’s finance minister told reporters “competitiveness” is now “job 1 on the center of my desk” after US President Donald Trump delivered reckless tax cuts for Corporate America and the rich.

Morneau has never quite been clear about what “competitiveness” means exactly, but earlier this fall he said he wasn’t ruling out cutting corporate taxes.

Over the last 6 months, corporate lobbyists have been aggressively pressuring Morneau to give Corporate Canada big tax breaks in order to “compete” in a race to the bottom against Trump’s America.

It would not be the first time Morneau has caved into pressure from his old friends on Bay Street. The Liberal finance minister previously flip flopped on a campaign promise to close the CEO stock option tax loophole after he was pressured by many of the same lobbyists now calling for corporate tax cuts.

What the corporate lobbyists pressuring Morneau don’t mention is that there are a lot of reasons corporate tax cuts make Canada weaker, not stronger:

Contrary to conservative myths about tax cuts magically creating jobs, in reality , studies show it’s not as simple as that. 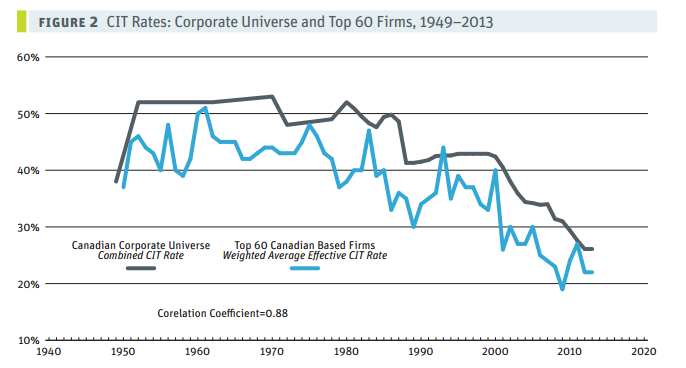 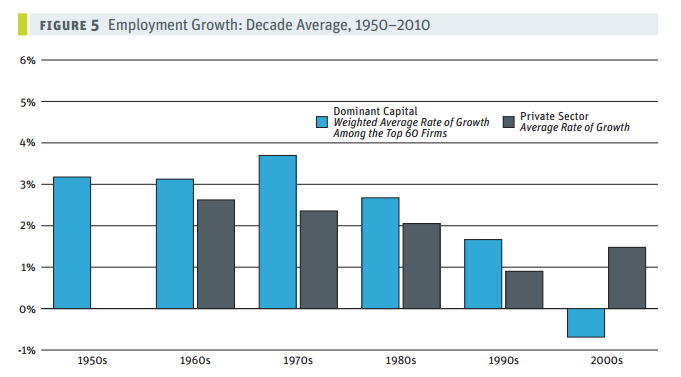 In other words, corporate tax cuts on their own don’t motivate businesses to create jobs.

In the United States, President Trump’s recent corporate tax cuts have so far resulted in 140,000 jobs being axed while wages have continued to stagnate.

If corporations aren’t using tax breaks to make business investments or create jobs, then what are they doing with all the extra cash?

According to CCPA economist Jordan Brennan, “rather than investing their enlarged earnings into growth-expanding industrial projects, Canada’s corporate sector has increasingly stockpiled cash on its balance sheet.” 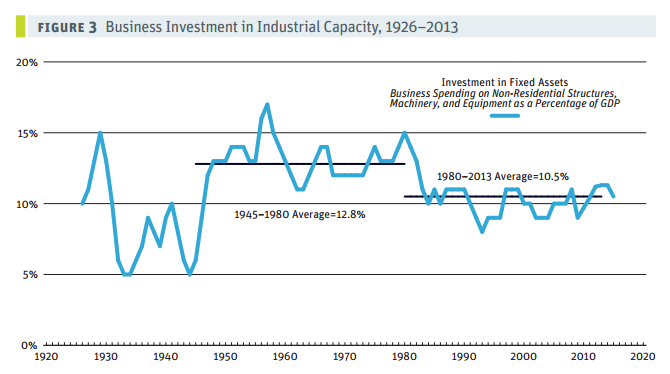 As a result, Corporate Canada is sitting on over half a trillion dollars in dead money that isn’t being invested back into the economy.

Every dollar hoarded by corporations is one less dollar that could be put to work through public and social infrastructure investments that could go a lot further growing the economy.

Corporate tax rates in Canada are already some of the lowest in the world, but that hasn’t stopped Corporate Canada from taking advantage of special tax loopholes.

To give an example, corporate executives can pay 50% less in tax on compensation earned through stock options – that special loophole is costing Canadians up to $750 million every year.

Thanks to unfair loopholes like this one, it’s estimated Canadian corporations are already short-changing the CRA by around $18 billion per year.

Corporate tax cuts leave governments with major shortfalls in revenue, meaning ordinary citizens have to pick up the tab.

Earlier this year the Business Council of Canada called on Finance Minister Bill Morneau to introduce corporate tax reductions, and suggested increasing GST to compensate for the loss in federal income.

There are better ways to stimulate economic growth

According to economist Andrew Jackson, corporate tax breaks are not a decisive factor in business investment decisions.

“Non-tax factors such as access to natural resources, skills, energy costs, house prices, urban amenities and other locational advantages play a major role in investment decisions, especially in the knowledge-intensive sectors. And investment will be limited if demand is sluggish, even if the after-tax cost of capital is relatively low.”

In other words, investing in infrastructure and public education is a much more effective way of encouraging job creation than tax giveaways for CEOs.