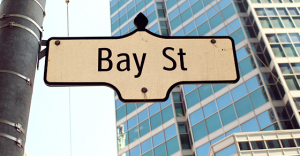 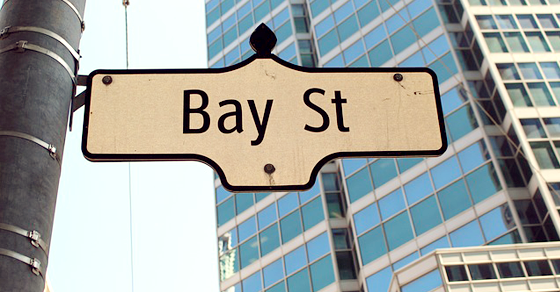 The poll, conduced by Ipsos for Global News, found 85% of Canadians agree Canada’s next government should “increase the taxes paid by large corporations.”

And half of Canadians (49%) say they “strongly agree.” Across Canada, support ranges from 81% in Alberta to as high as 92% in British Columbia.

While the new numbers show the total currency and deposits of Canadian corporations ticked down by $7 billion from Canada’s first quarter to second quarter, it also shows it’s risen by $44 billion since the same time last year.

The wider timeline shows Corporate Canada’s horde of dead money has more than doubled since 2005, rising by $355 billion during Conservative leader Stephen Harper’s time in office.

According to a 2014 report by the International Monetary Fund, the size of Corporate Canada’s stash of dead money is the fastest growing of any G7 country.

Letting piles of money idle on this scale means “Canadian firms may be missing on productive investing possibilities,” the IMF said.

Canadian businesses actually now rank last among peer countries when it comes to investment in R&D according to the Conference Board of Canada, hurting our ability to build an innovation-led economy.

And although Canadians have been lectured over and over again that cutting corporate taxes will stimulate business investment and boost economic growth, all the evidence points to the exact opposite conclusion.

Cuts to corporate taxes between 2006 and 2015 cost the federal treasury an estimated $12 billion annually according to the Parliamentary Budget Office.