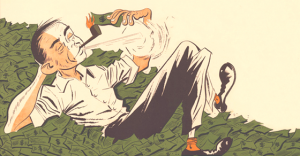 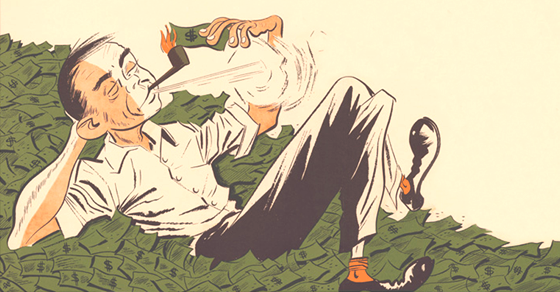 Does cutting corporate taxes help grow the economy? The evidence seems to suggest no.

The evidence seems to suggest no.

A new study out from the Canadian Centre for Policy Alternatives looked at this question, and they find no evidence billions in tax giveaways to corporations did much of anything to stimulate the economy or create jobs.

But the pile of money Corporate Canada is sitting on did get bigger.

The study, authored by Jordan Brennan, pours cold water on those who say more corporate tax cuts are the go-to solution to problems facing the economy – in fact, it looks like it’s a big part of the problem.

Here are a few things the study found instead:

1. Canada’s corporate tax rate has been falling for three decades

Canada’s federal corporate income tax rate was once as high as 42% in the 1950s, believe it or not (actually, a combined 52% when you include provincial corporate taxes too).

But since 1988, federal corporate tax rates nose dived, slashed repeatedly by Conservative and Liberal governments. Today it’s at the lowest rate in over half a century: But although corporate tax cuts were justified by claiming it would free up money for investment, the opposite happened: “Significantly (and ironically), not only has investment failed to increase in recent decades in tandem with CIT rate reductions, the pattern that investment takes mirrors the CIT rate. In other words, after climbing in the 1940s and early 1950s, business investment trended downward from the 1960s onward. It was sharply reduced in the 1980s and has remained at a postwar low for three decades.”

And what about job creation?

Despite claims that lowering corporate taxes creates jobs, job creation went down, not up: So where did all that money go?

“Rather than investing their enlarged earnings into growth-expanding industrial projects, Canada’s corporate sector has increasingly stockpiled cash on its balance sheet,” Brennan says.

Between 1990 and 2012, Corporate Canada tripled its stockpile of ‘dead money’ from 4% to 11% of assets, with most of that money being held by Canada’s 60 biggest companies: What this suggests is corporate tax cuts are actually getting in the way of economic growth.

“Far from spawning higher levels of investment and growth, the government fixation with corporate tax cuts has indirectly fostered slower growth,” Brennan says, speculating corporate tax cuts could “go down as one of the great public policy blunders of the past generation.”

A poll released in the fall showed 85% of Canadians want to raise taxes on corporations.

Increased revenue from corporate taxes could help stimulate economic growth by putting unused dead money to work through investments in infrastructure and social programs that create jobs and lower living costs for Canadians.