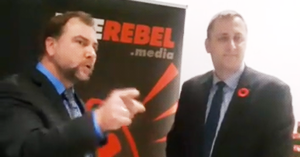 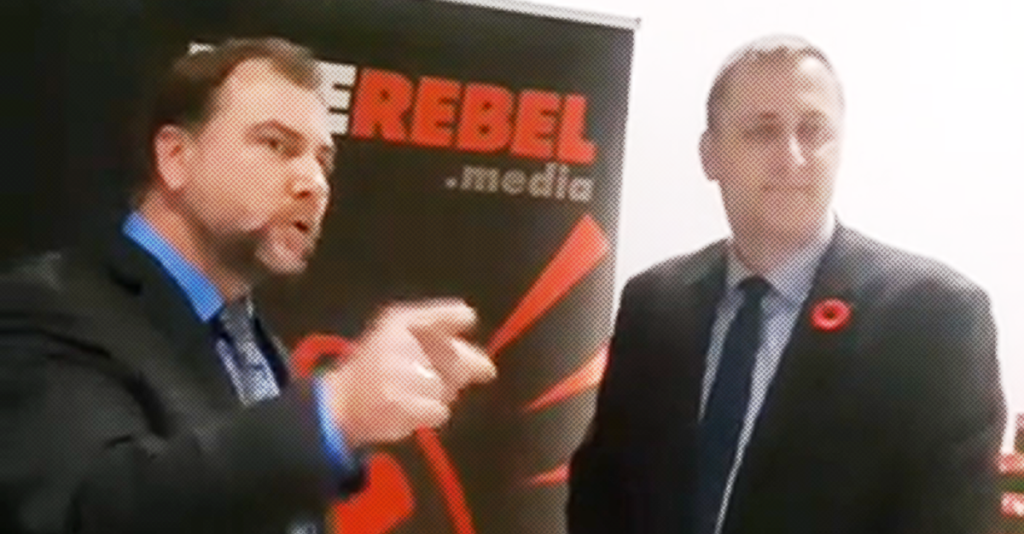 Conservative MP Brad Trost received a strong endorsement from a street preacher with links to hate groups who claims homosexuals are servants of “Satan.”

The Saskatoon-area Conservative MP was a speaker at Rebel Media’s “Rebel Live” event in Calgary last weekend where he later appeared in a livestream video with Artur Pawlowski, a notorious anti-LGBTQ street preacher who runs a group called Street Church that is well-known for public disturbances and run-ins with the law.

“I’m standing with one of our heroes,” Pawlowski said in a video streamed on the Facebook page of homophobic fringe mayoral candidate Larry Heather, described as a discussion on “Christian witness in politics.”

Later in the video, Pawlowski compares Trost to a “spice” added to his wife’s borscht and thanks him for “being the voice of all of us.”

“Folks, you go out there and you vote,” Pawlowski tells viewers. “You screen the candidate and you vote for conservative Christians, people willing to stand up for your values.”

McIver, who was running for the leadership of Alberta’s PC Party at the time, at first tried to brush off the criticism before eventually disavowing Pawlowski’s support.

Pawlowski’s Street Church group is involved with far-right anti-immigrant groups such as the Canadian Combat Coalition, the Worldwide Coalition Against Islam and the Soldiers of Odin, which have a great deal over overlap in their membership.

Street Church members were involved in a violent clash at Calgary City Hall in 2017. 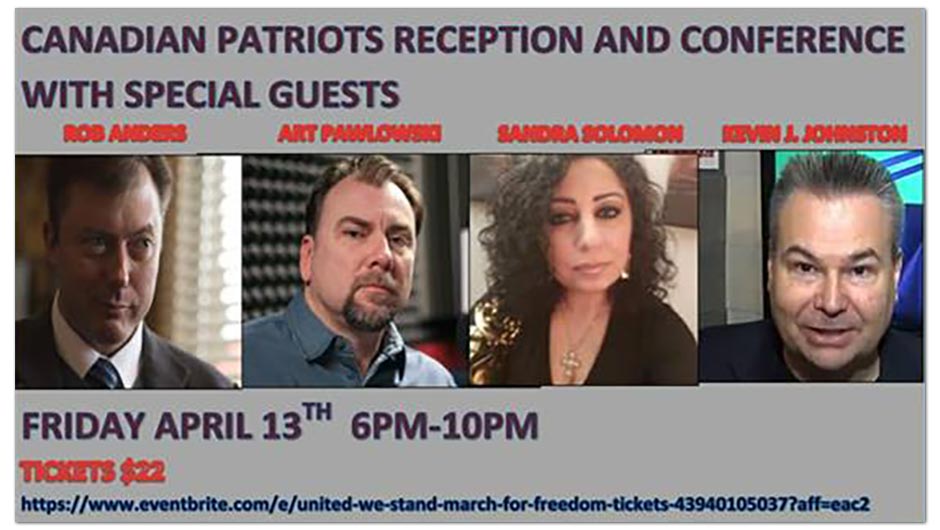 Pawlowski has a long history of hateful statements condemning homosexuality.

On his website, Pawlowski wrote that homosexuals are “not ashamed to declare the name of their master (Satan) and in the same way not concerned with provoking greatly the wrath of the Living God.”

He previously condemned the Pride Parade, which he calls a “homosexual parade,”      and also condemned “flying the flag of the homosexual community on masts in front of City Hall.”

At the same Rebel Media event, John Carpay of the Justice Centre for Constitutional Freedoms, an ally of UCP leader Jason Kenney, made headlines comparing the rainbow Pride flag to the Nazi swastika.

Trost is a failed Conservative leadership contender who ran Facebook ads in 2016 declaring marriage “the union of one man and one woman.”

Trost refused to apologize for homophobic comments during his failed leadership run. “Brad is not a big fan of the gay lifestyle,” his campaign manager stated.

Despite that history and Trost’s appearance at last weekend’s Rebel Media event, Trost remains a member of the Conservative caucus.

The Conservatives recently attempted to distance themselves from Rebel Media despite the party’s close ties to the organization.