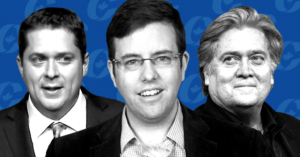 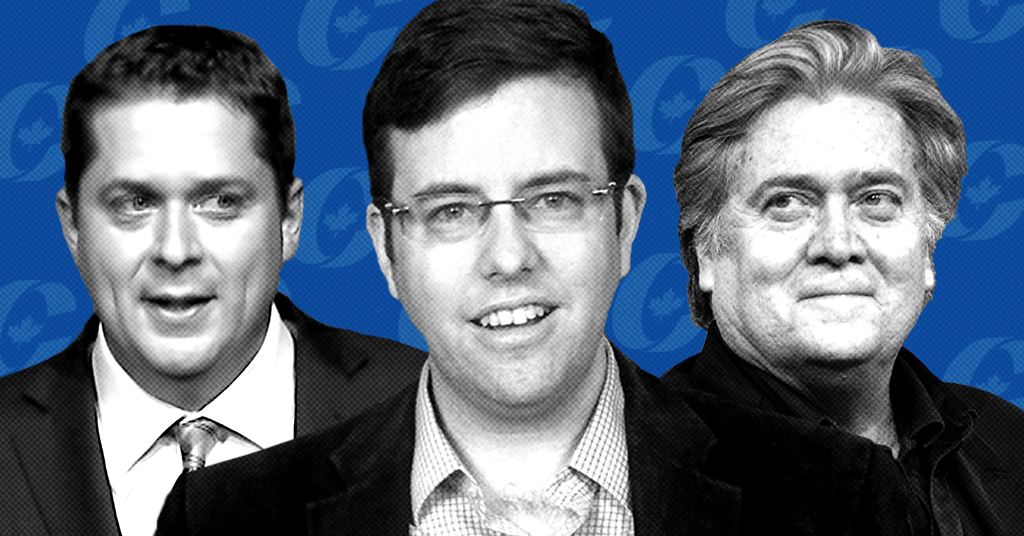 Hamish Marshall says he’s a ‘huge fan’ of using of psychological data to target voters, but cautions it’s ‘not for the faint of heart’

Big data and politics took an unsurprisingly dystopian turn this week after a series of bombshell revelations about Cambridge Analytica – a data analytics firm once run by Steve Bannon and bankrolled by reclusive billionaire Robert Mercer that claims it used “psychographic data” to engineer Brexit and the election of Donald Trump.

According to The Guardian, Cambridge Analytica scraped Facebook data from over 200 million people to create “sophisticated psychological and political profiles and then target them with political ads designed to work on their particular psychological makeup.”

The whistleblower at the centre of the Cambridge Analytica revelations calls it “Steve Bannon’s psychological warfare mindf–k tool.”

Many ordinary Canadians are likely unaware that similar techniques are already being used to wage “psychological warfare” in Canadian politics too.

Last year, at the Manning Centre’s Alberta Networking Conference in Red Deer, Hamish Marshall – a backroom conservative strategist who founded the alt-right Rebel Media website and ran Andrew Scheer’s Conservative leadership campaign – told conservative activists they need to focus on the “emotions” of individual voters if they ever hope to win again.

“We all think a lot about technology, but a lot of what we have to deal with, frankly, is human psychology,” Marshall explained during a panel on “Modern Campaigning.”

Moderator Jeromy Farkas, a Calgary city councillor, later asked Marshall to share his thoughts on “data-driven psychometrics in designing the message and the medium.”

Psychometrics (or psychographics) is mainly interested in measuring psychological traits and predicting behaviours, usually by combining enormous amounts of data or even analyzing the digital footprints of Internet users.

Recounting how he and pollster Dimitri Pantazopoulos, a fellow panelist, collected troves of data to build psychological profiles on Canadian voters to “help the Harper government craft the things that helped them win in 2008,” Marshall said he finds it “extremely useful.”

“Combining psychographic information, demographics about someone’s psychology is extraordinarily useful”– although Marshall cautioned: “it’s not for the faint of heart.”

As one example of how deep Conservatives are drilling into the psyches of voters to personalize political messages, Marshall said he even tracks the “self-confidence” levels of Canadian voters.

Until recently, Marshall was the president of Torch Agency, a firm that combines public opinion research and political communications.

The agency’s website advertises its specialization in “psychographic analysis” and “advanced targeting.”

“We specialize in building custom psychographic profiles of the customers, voters and audiences you need to reach,” promising the agency can “find out what they think, what they care about and how you can communicate with them on issues that matter.” The website gives no indication how it obtains reliable data to provide “custom psychographic profiles” to clients.

The website does indicate several past clients are major Canadian political parties, including the federal Conservative Party of Canada, the Ontario PCs, the Manitoba PCs and the Saskatchewan Party. The nature of the work Torch Agency provided is not disclosed.

Marshall has also counted both Jason Kenney and Alberta’s United Conservative Party Caucus as clients too.

Not unlike Steve Bannon, Marshall’s love for data found synergy with his role as director of an alt-right media outlet, Canada’s Breitbart knock-off: Rebel Media

Marshall told Maclean’s he was only “involved in helping them with technological and web aspects of the business,” but in actuality, he played a central role harvesting data from Rebel Media viewers and managing their database.

In fact, Marshall even worked out of an office at Rebel Media’s Toronto studio.

In October, Marshall announced he was leaving Rebel Media and then in January, Torch Agency merged with another communications firm and teamed up with Terrance Oakey, former president of the anti-union lobby group Merit Canada, to create a new entity called “ONE Persuades.”

Following revelations about Cambridge Analytica’s use of psychographic data, faculty and students at the University of Cambridge’s Psychometrics Centre released a statement distancing research in their field from the “alleged use of psychographics, microtargeting and fake news networks by political campaigns.”

The statement calls for greater attention to “privacy” and “ethics” in the field of psychographics, suggesting use of “psychological prediction tools” should be more transparent, provide a clear benefit to the public and emphasizes that “nobody should have predictions made about them without their prior consent.”