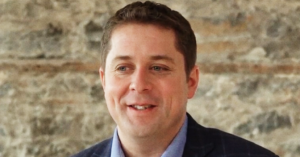 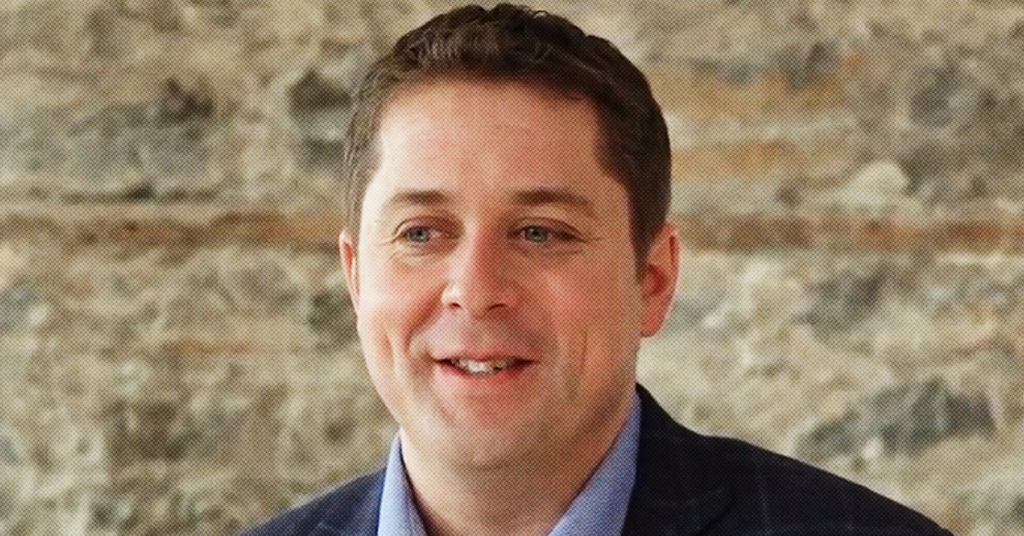 An anti-abortion group organized an event at a British Columbia school last week aimed at recruiting teenagers to vote in support of anti-abortion candidates who are seeking nominations for Andrew Scheer’s federal Conservative Party.

RightNow, an anti-abortion group that is working with social conservative activists to takeover the Conservative Party of Canada from within, played an instrumental role in helping Scheer win the 2017 leadership of his party.

The anti-abortion group later published photos of “feedback forms” they received from teenage students that indicate the teens were encouraged to campaign and vote for anti-abortion candidates in advance of October’s federal election .

Although the anti-abortion group has not disclosed the name of the high school, PressProgress confirmed the presentation took place at the Traditional Learning Academy — an independent Catholic school in Coquitlam that receives nearly a million dollars annually in public subsidies. 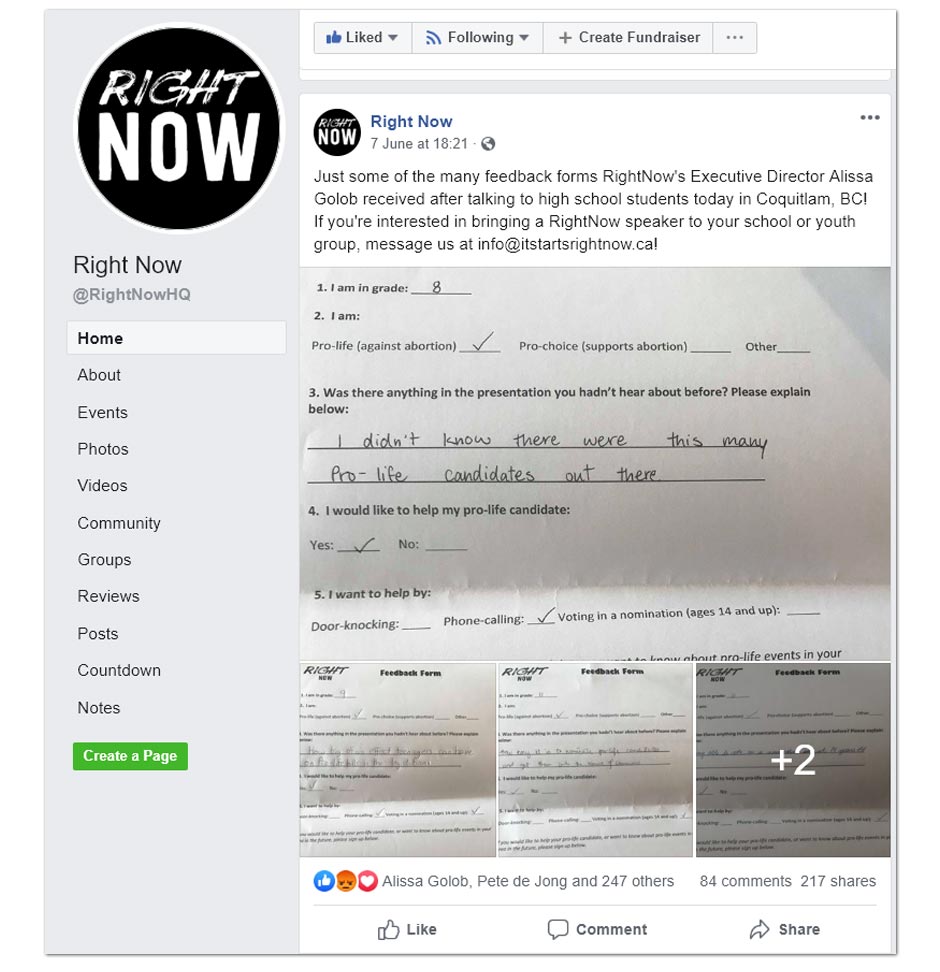 The feedback forms show teenage students between grades 8 to 11 reacting to the political recruitment drive at their school.

One ninth grade student said the presentation taught them “how big of an effect teenagers can have on pro-life bills in the legislation,” while a grade 11 student said they didn’t know they were “able to vote in a nomination at 14 years old.”

Another grade 11 student said they were surprised to learn “how easy it is to nominate pro-life candidates and get them into the House of Commons.” 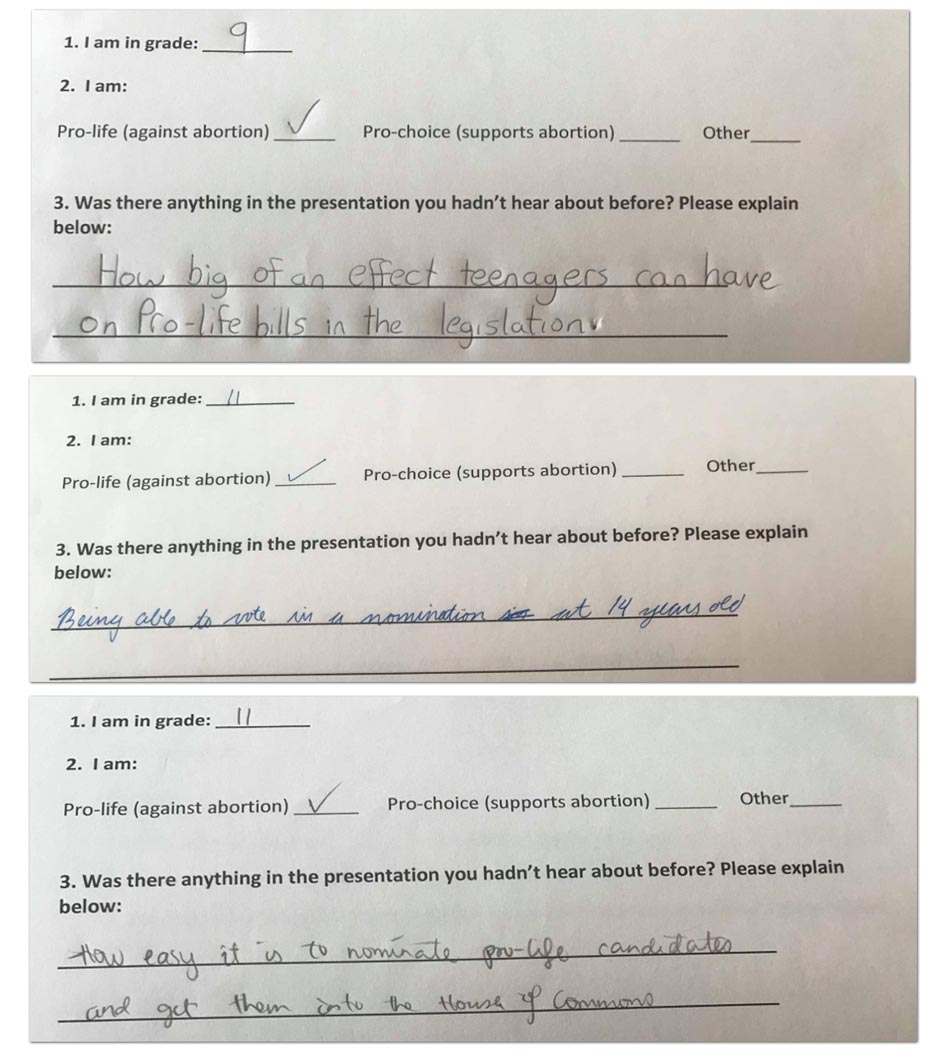 The form also asked students about their views on women’s reproductive rights, and if they would help anti-abortion political candidates by “door-knocking,” “phone-calling” or “voting” in nominations.

“If you would like to help your pro-life candidate, or want to know about pro-life events in your area, please sign up below,” the form adds.

Under Conservative Party rules, party members must be 14-years-old or older.

Alissa Golob, one of the anti-abortion group’s lead organizers, did not respond to multiple requests for comment from PressProgress about RightNow’s activities at the Vancouver-area school.

“She was here, that’s right,” the receptionist said of Golob.

TLA principal Martin Dale later told PressProgress that the school’s receptionist was not “authorized” to disclose that information and declined further comment.

RightNow was in Coquitlam as part of a cross-country tour of 50 target ridings where it hopes to help elect anti-abortion Conservative candidates — Coquitlam is on the group’s official target riding list. 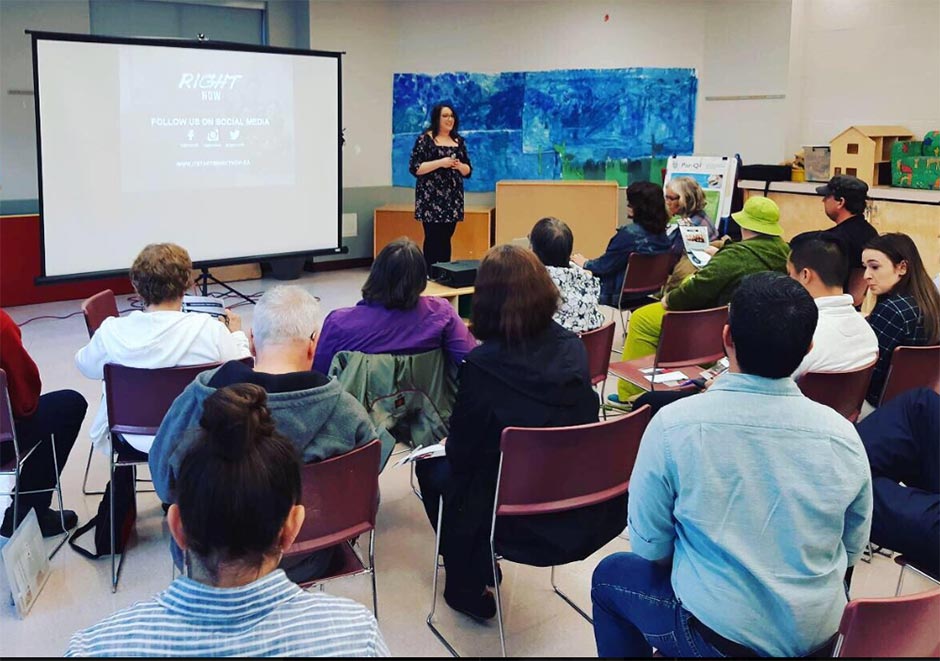 Although TLA is an independent school, taxpayers subsidized its Coquitlam campus through $903,870 in public grants last year, BC’s Ministry of Education told PressProgress.

Thanks to  measures introduced by in 1977 by the old Social Credit government, institutions like TLA qualify as “Group 1” independent schools, meaning that in addition to charging thousands of dollars in tuition fees, the private school can take advantage government funding equivalent to up to 50% of their school district’s per-student operating grant.

In addition to convening anti-abortion political activities, the school also shares videos from the right-wing propaganda channel “PragerU” on its Facebook page promoting child “obedience” by a speaker who advocates teaching creationism in schools and claims mainstream child psychology is “satanic.” 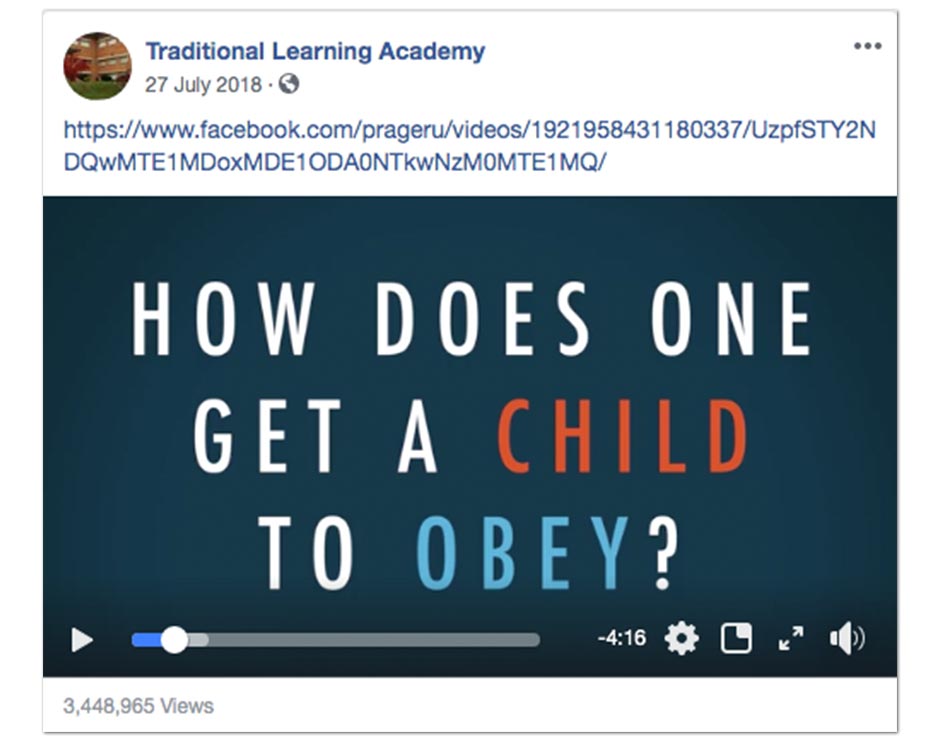 RightNow has been active at the provincial level in Alberta working to nominate 52 anti-abortion candidates to Jason Kenney’s United Conservative Party.

The group has also been active in Ontario where they helped Doug Ford win the PC leadership in 2018 and helped elect Samuel Oosterhoff, a teenage social conservative  activist who became Ontario’s youngest MPP in 2016.

During the 2017 Conservative leadership, Andrew Scheer told RightNow — which is attempting to install anti-abortion candidates in Conservative ridings across Canada — that he would allow MPs to reopen the abortion debate by permitting them to table private members bills and hold free votes.