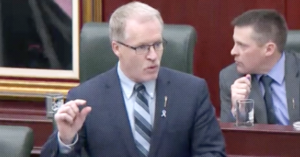 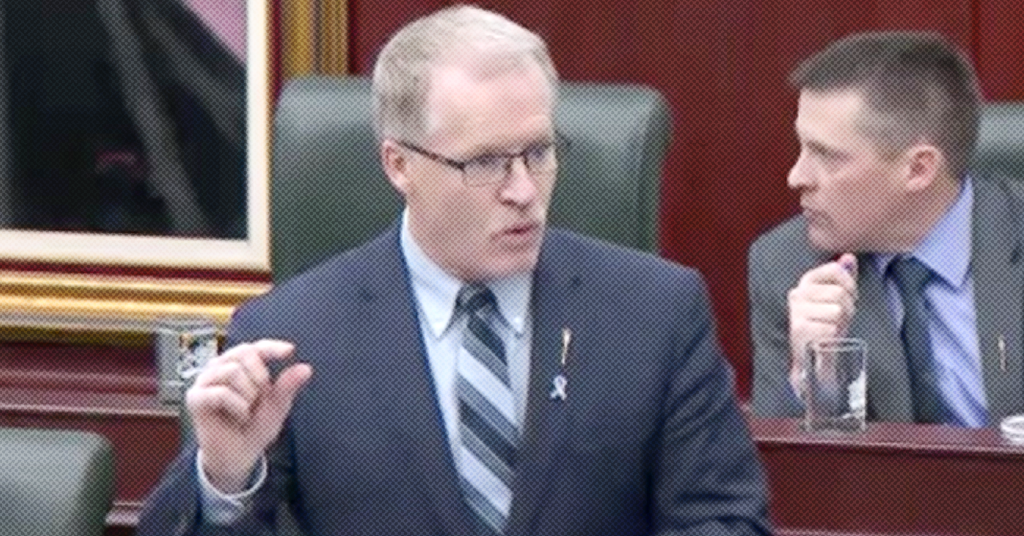 One of Jason Kenney’s cabinet ministers is defending the highly controversial Bill 22 by warning Alberta to brace for a “giant enema” from Kenney’s UCP government.

Bill 22, which Kenney’s government rammed into law despite a widespread outcry, shuts down the Office of the Election Commissioner and fires the man leading an open investigation into illegal donations to Kenney’s party that has already issued over $200,000 in fines.

The legislation also transfers control of the $18 billion pension fund that belongs to teachers to a provincial agency that will direct how money is invested — critics accuse Kenney of wanting to use teachers’ retirement savings as a “huge slush fund to finance an agenda that has not yet been articulated to the public.”

But Grant Hunter, Kenney’s Minister of “Red Tape Reduction,” told the Legislature this week he thinks critics are giving his boss’ plan a bum rap.

In fact, the minister suggested anyone who is “going to lose their minds” over what Kenney’s doing to pensions through Bill 22 are not going to enjoy the “giant enema” Kenney’s government is planning to give Alberta:

“Now Mr. Speaker, if they’re going to lose their minds over what we’re doing in this session over one bill, I can’t imagine how they’re going to handle the fact that we’re about to give this government a giant enema.”

The minister of red tape reduction also noted it’s not just teachers and public sector unions who are losing their minds over Bill 22 — he says his own father is losing his mind over Bill 22 too.

Explaining that his “father is a retired teacher,” Hunter told the Legislature that “when my father and I talked about this, he was concerned.”

“He said: ‘What’s going on? I’m retired. I need to make sure that my
pension is still going to be there’.”

Hunter says he told his father not to worry and blamed the “liberal media” for having “stoked the fire” on the issue.

The UCP minister previously compared the Alberta NDP to the 2004 Asian tsunami that killed 300,000 people, called raising the minimum wage a “communist” idea and praising the “superior stock” or residents in his hometown of Cardston — a statement he suggested had “Aryan undertones.”