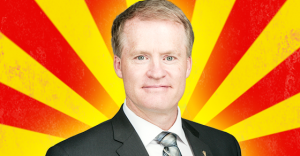 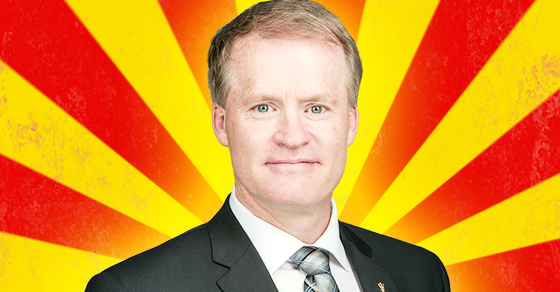 Because “we’re not a communist country,” of course.

The MLA for Cardston-Taber-Warner offered that explanation to cheering supporters at a closed-door session during the Wildrose Party’s Annual General Meeting this past weekend:

“Now [Jobs, Skills, Training and Labour Minister Lori Sigurdson] said to me, this is the reason why we’re [raising the minimum wage]: because we want every Albertan to be able to have, to go home and have a decent living wage.

Hate to tell the Wildrose jobs critic, but he might want to go get educated on history.

Despite his claim that “no one started this minimum wage as a living wage,” minimum wage laws have, in fact, always had a thing or two to do with earning enough money to live on.

For example, the 1920 Federal Commission to Investigate Uniformity of Laws Relating to Industrial Work in Canada actually approved of a “minimum wage adequate to maintain self-support for women and girls”:

In 1918, suffragette Helena Gutteridge called for a minimum wage for both men and women, arguing that “if the father of a family is earning a wage which is not sufficient to support himself and that family,” then children of future and present generations will go “underfed”:

Of course, back in the good old days, the captains of industry opposed minimum wage laws.

Oh, they predicted “moral degeneration” and “laziness” and and yes, even “stifled ambition,” but something wandered along and changed the minds of business leaders – yep, you guessed it: Communism!

Worried that inequality would  “create a situation” that “Bolshevists” could exploit, the Canadian Manufacturers Association began advocating workers be paid a fair wage based on what “it costs them to live” simply to prevent “opening the gates to revolutionary doctrine and inviting anarchy to run wild”:

And hey, just throwing this out there: Alberta has the highest rates of inequality in Canada. It’s even worse than it is in the U.S.

So if Hunter is as worried about the red menace as his comments at the Wildrose AGM suggest, maybe he should just support raising the minimum wage?

Oh, and Hunter does seem worried: