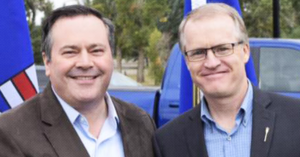 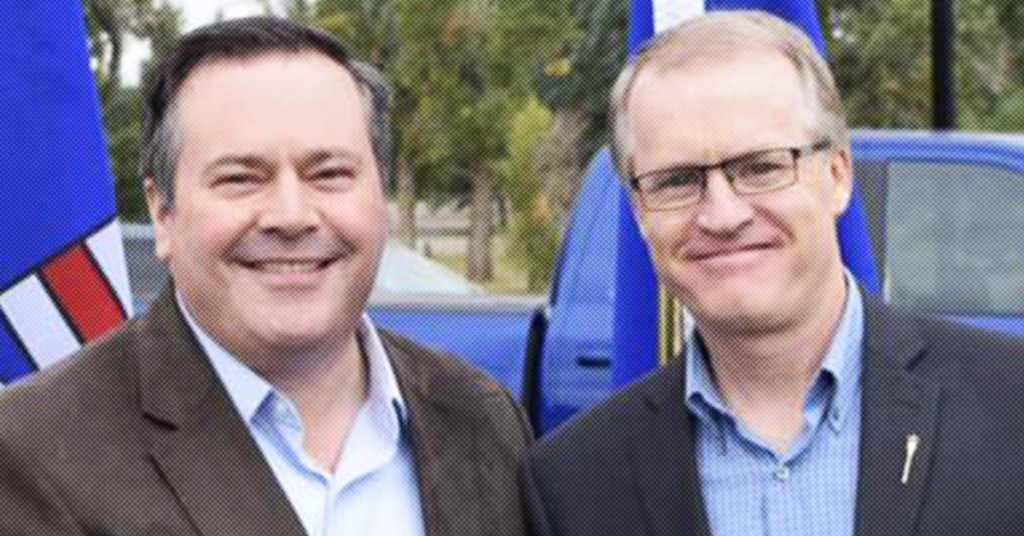 UCP Candidate Said His Thoughts on Cardston, Alberta are Coloured by ‘Aryan Undertones’ in Bizarre Letter

And it might just be that they’re “reared” from “superior stock,” albeit he admits that thought “reeks of ‘Aryan’ undertones.”

Hunter, a former Wildrose MLA who later became Jason Kenney’s UCP labour critic, has been known to describe minimum wage laws as “communist” and mock the science behind climate change.

But writing letters to the editor of his local newspaper, the Cardston Temple City Star, Hunter shared his thoughts about why there are so many “men and women of high moral character” living in his small town.

“Cardston has reared, and then sent out into the world, some of the finest highest-standard individuals imaginable,” the Taber-Warner UCP candidate wrote in a letter published in July 2010 titled “Community Standards.”

Hunter, who was also the first MLA to endorse Kenney’s UCP leadership bid, shared that he has lived in the “Calgary-area, Mexico and South Africa” where he was “exposed to the harsh realities of communities where ‘God and Family first’ principles are not practiced.”

Reflecting on his time in Africa, Latin America and urban Calgary, he spelled out why he thinks “Cardston has something special to offer”:

“How can a small town of 3,500 people churn out such a high number of individuals of substance? Perhaps they just came from superior stock, but that thought reeks of ‘Arian’ (sic) undertones.”

PressProgress offered Hunter an opportunity to elaborate on his remarks.

Hunter initially responded that he would be “happy” to answer a list of questions, but after PressProgress supplied him with a full copy of the original letter, he failed to respond to several subsequent inquiries about providing a statement.

Later in the letter to the Temple City Star, Hunter asserted that “God and Family” are the “bedrock principles of society” and suggested history shows it is “painfully obvious” societies that “turned their backs” on God and Family “invited the utter and complete ruin of their civilization.”

But not to worry – Cardston is “churning out individuals of such moral and honourable character,” he wrote, adding they are leading the battle to “turn back the tide of family and community degradation.”

He offered one example: pornography.

“On the issue of pornography (whether it is soft or hard), there can, and should never be any ‘middle ground’,” Hunter wrote.

“The young men and women that come out of this community didn’t get to be so atypical by being typical!”

He concluded his letter to he editor by imploring his community that if they wish to “nourish the world with men and women of high moral character” they must “embody and practice those traits.”

Hunter did not respond to questions from PressProgress inquiring about his specific concerns about pornography in relation to Cardston residents.