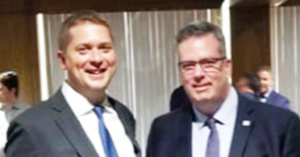 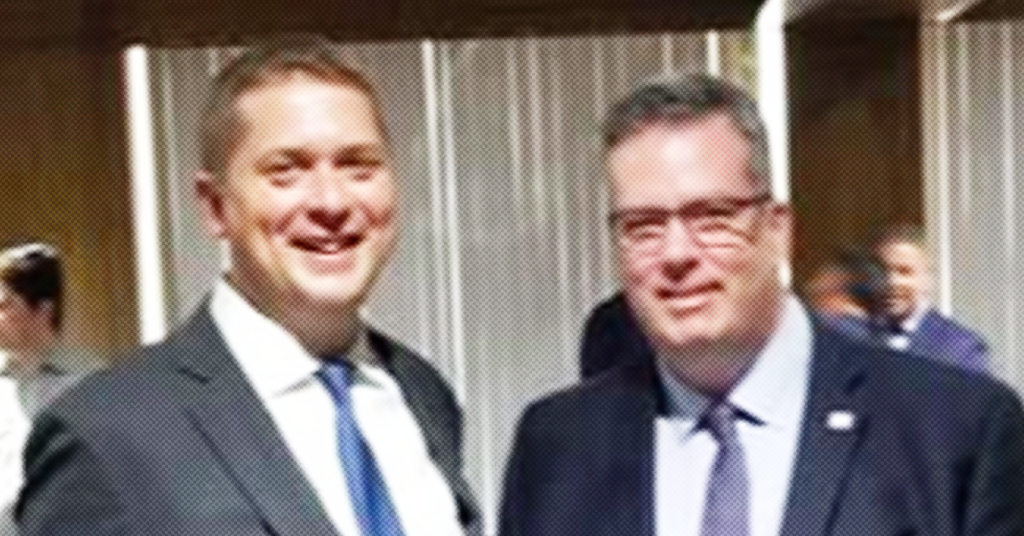 A Winnipeg-area candidate running for Andrew Scheer’s Conservatives has stepped down following the discovery of the candidate’s secret Facebook account which contained “discriminatory social media posts.”

Cameron Ogilvie’s since-deleted bio on the Conservative Party website notes that “Cameron has a love for people of all ethnic backgrounds” and “loves learning about different cultures.”

In fact, one posting from the former candidate while he was head of his local Conservative EDA, even shows him sharing a declaration of white pride.

“I’m proud to be white,” declared a graphic Ogilvie shared in May 2018. “I bet no one passes this on because they are scared of be called a racist.” 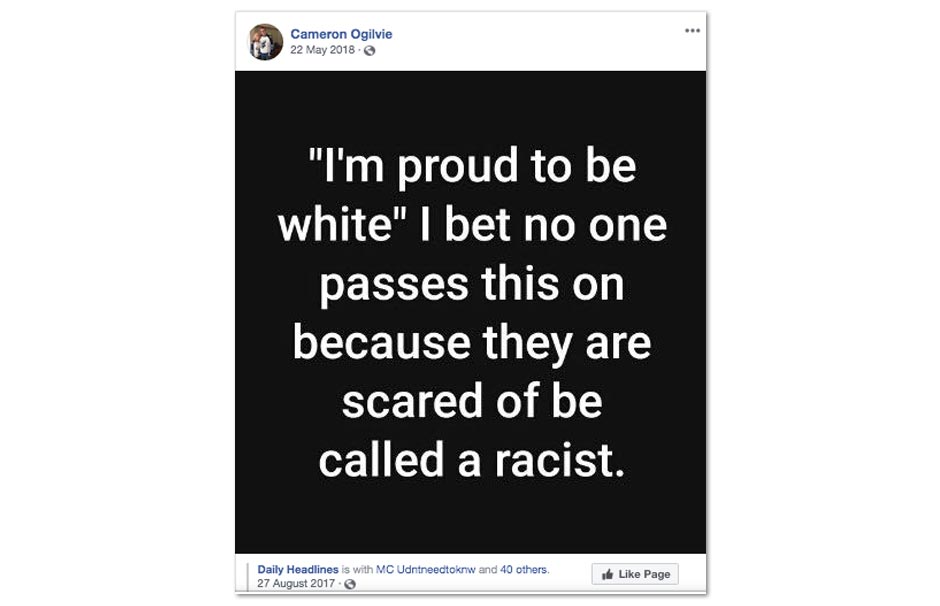 Ogilvie was supplied with descriptions of several postings on his Facebook page and asked if he had any explanation or additional context he wished to add, but did not respond to multiple requests for comment from PressProgress.

Ogilvie was also asked why he had two separate Facebook accounts, including one filled with content on anti-immigrant and anti-Muslim themes.

That account was publicly visible as recently as the evening of September 11, 2019, but by the next morning it had disappeared along with his bio on the Conservative website.

However, several posts promoting far-right content were still publicly visible on the older timeline until the account was deleted sometime between Wednesday evening and Thursday morning.

In one post, dated May 2018, the Ogilvie shared a meme stating:

“Canada for Canadians. Share if you agree that all flags from the Middle East should be banned from Canada.”

That graphic was first published by the Cultural Action Party, a group that promotes white nationalist views and champions “Canada’s European heritage” while railing against immigrants and multiculturalism. 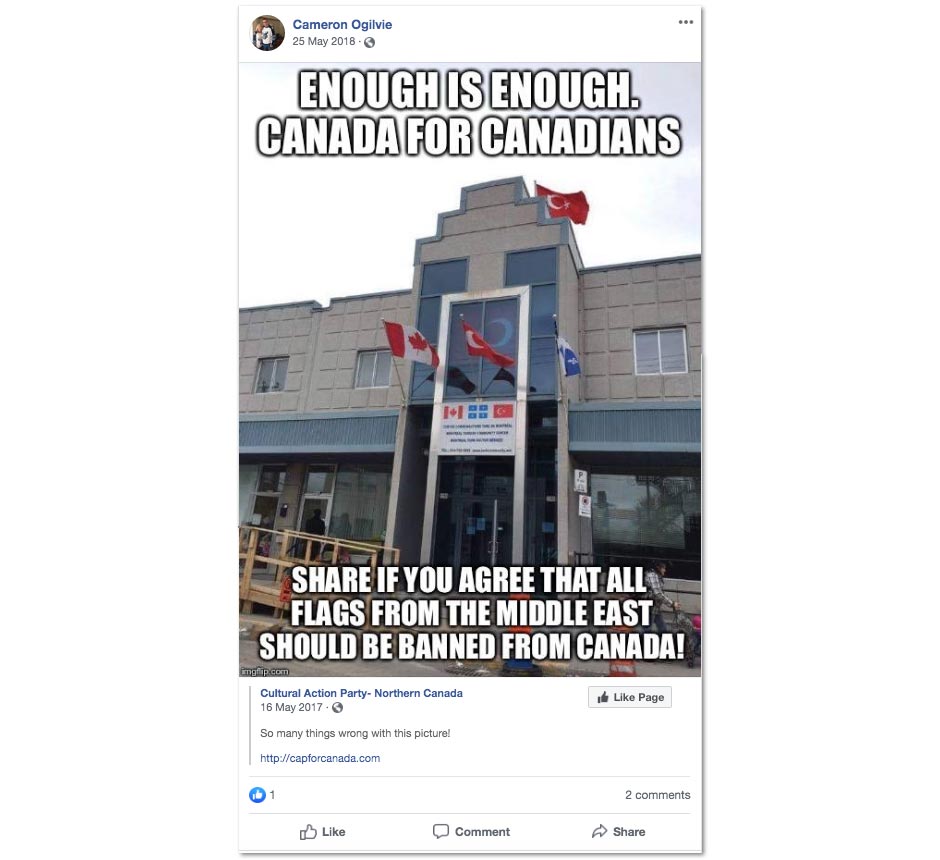 Ogilvie also shared a post, from a page called “United Conservative Movement of Canada,” which reads: 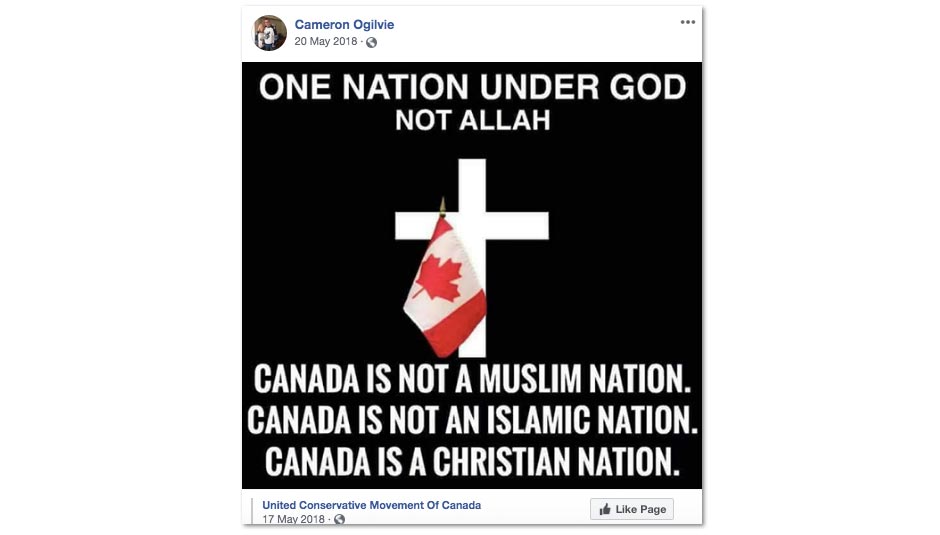 In an older post, dated November 2015, Ogilvie shared a petition calling for Justin Trudeau to “STOP Islamic immigration to Canada.” 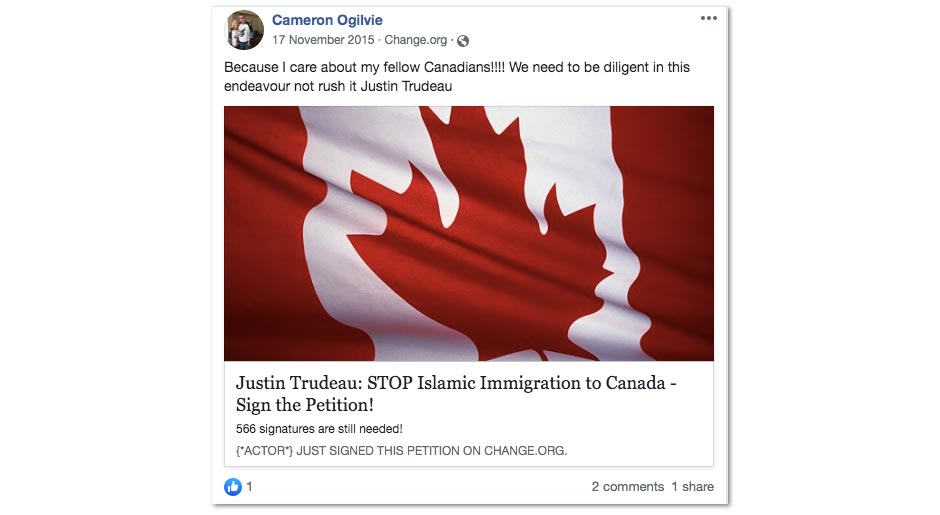 Ogilvie also shared a post in June 2018, quoting someone who claims to be named “John Newton” addressing “Jihadi Justin.”

Newton, who may or may not be a real person, vows to withhold his income taxes on the grounds that the Liberal government is “pro-Islamic” and is somehow involved in a plot to push “Islamic indoctrination” through public schools.

The post accuses Trudeau of turning Canada into an “Islamic state,” and calls for the prime minister to be “charged with treason and imprisoned.”

One question, among others, to which the former Conservative candidate provided no response was if he still thinks Trudeau should be imprisoned for treason. 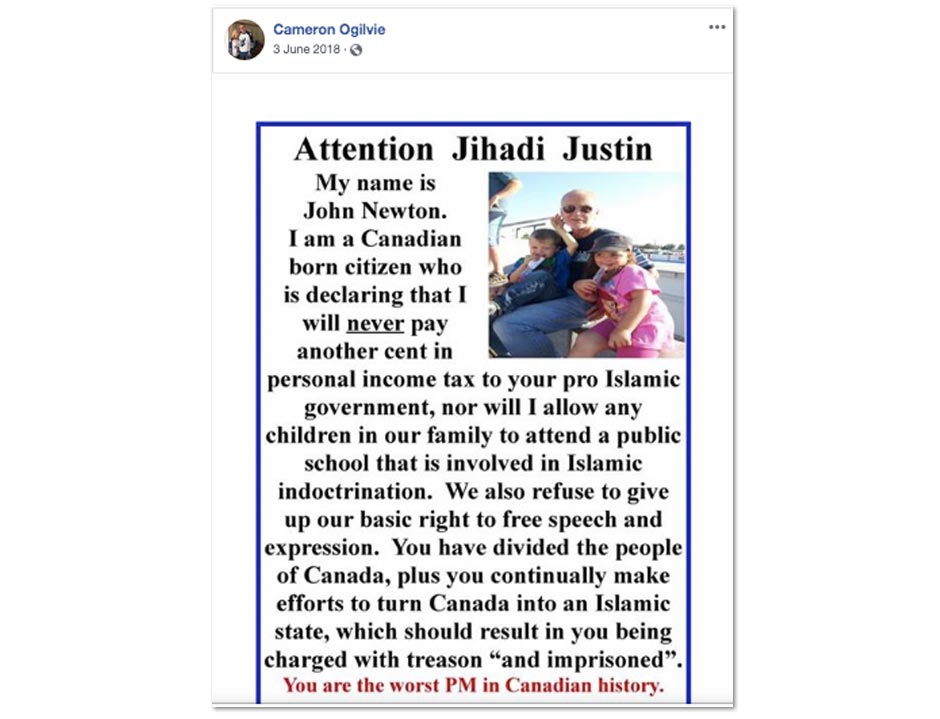 In a statement provided to PressProgress, the Conservative Party said “Mr. Ogilvie withheld these posts from the party during the candidate vetting process earlier this year by deactivating his social media accounts.”

“He was asked to immediately step down as soon as we became aware of the posts.”