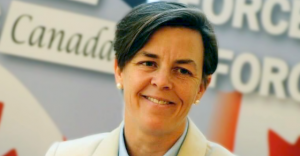 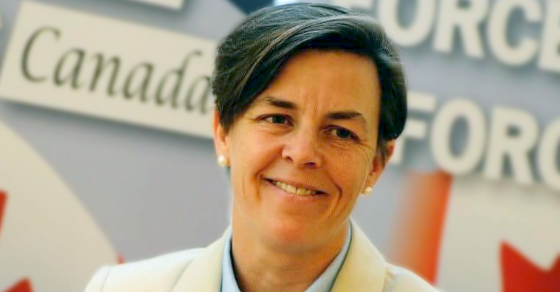 The white nationalist group told PressProgress it's backing Leitch because she shares the group's core values.

Conservative leadership candidate Kellie Leitch has earned the support of a group calling itself the “Cultural Action Party” – a far-right “anti-immigration” group that claims to “advocate” for “Canada’s European heritage.”

Leitch has made immigration the central focus of her campaign, proposing to screen immigrants for “anti-Canadian values” – though that plan has been ridiculed for likely barring Conservative and Catholic immigrants from entering Canada too

“Cultural Action Party supports Kellie Leitch for leader of the Conservative Party of Canada because she is the only candidate dedicated to social conservative values such as the retention of national sovereignty, traditional Canadian identity and immigration policies.”

CAP’s website features articles stating that the “theory of multiculturalism is a dishonest program to end typically white nations” and warns “third world immigration” will lead to the “dissolution of anglo-Canada.”

Last year, after formally registering as a political party for the upcoming provincial election in BC, the Vancouver Sun described CAP as an “anti-immigration party,” while members of Vancouver’s Chinese community said the group promotes intolerance and the idea that “anyone not of European descent is an outsider.”

Meanwhile – declaring that “it’s Kellie or bust” – a new Facebook page called “CAP for Kellie” is working to sign people up for Conservative Party of Canada memberships. “The silent majority is coming for the elitist traitors on the hill … We’re about to show them the error of their ways. $15 people…. that’s all it takes to have a vote.”

PressProgress reached out to Leitch’s campaign for comment. They did not respond.

Leitch was endorsed by another white nationalist group, the “Council of European Canadians,” last month.

In response, Leitch declined the group’s support and told Vice News anyone who thinks “my campaign is in any way based on ethnic nationalism” is “willfully ignorant of what my campaign is about.”

And yet this seems like it’s becoming a pattern. Hmm.