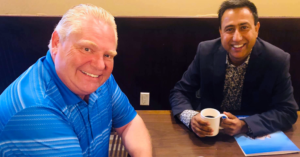 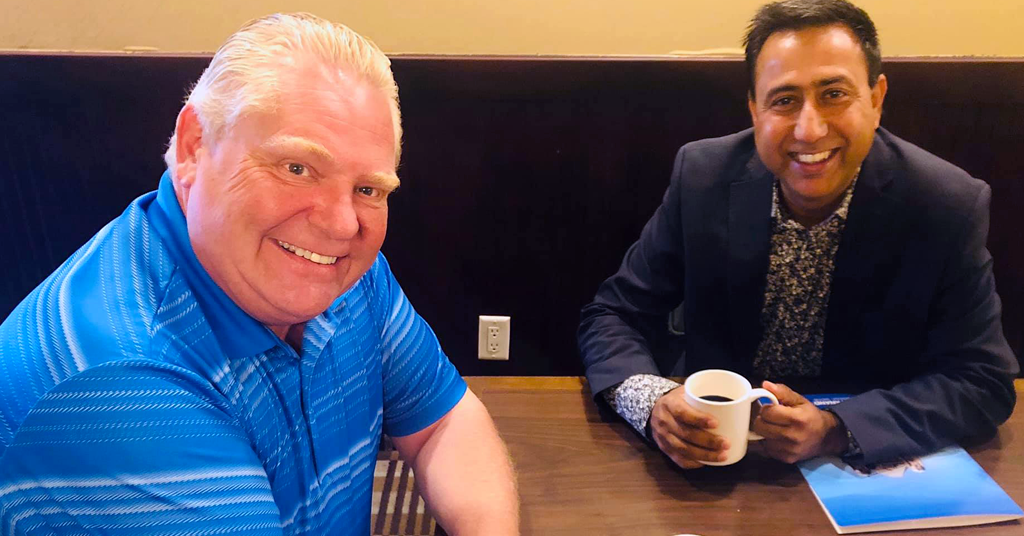 Filings with Ontario’s integrity commissioner show the Ontario PC candidate for Mississauga-Malton, who previously served as assistant labour minister in Doug Ford’s government, added shares in the private LTC company Sienna Senior Living to his portfolio over the course of the pandemic.

During that same period, Sienna’s facilities accounted for more resident deaths than any other provider in Ontario.

ForProfit Corps have highest deaths. These companies donated 300,000plus to both the Liberal and Conservative Parties. Both Parties own this nightmare. Coronavirus: Ontario’s worst hit nursing homes and who owns them | https://t.co/Eq9yoEtnaY https://t.co/4NLauilDiy pic.twitter.com/9jotam7HvQ

Sienna was the owner of Camilla Care, a long-term care home in Anand’s own community, where 68 residents died of COVID-19. Global News estimated 300 residents died at Sienna facilities in the first three months of the pandemic — management of two separate Sienna facilities, including Camila Care, was taken over by the military.

At the same time, Sienna has received millions in public tax dollars to upgrade and renovate their private facilities.

“Great question,” Anand replied when asked by PressProgress about why he bought shares in the private long-term care company several months into the pandemic.

Anand pointed to his wife, an RBC financial advisor with whom he shares a “direct investing account,” explaining that she was the one who bought shares in the controversial long-term care company — not him.

“The account is a joint between me and her,” Anand said. “So, what happens is everything she owns, I own and everything that I own, she owns it.”

“She does not compare that with my job or job profile,” Anand insisted.

The Integrity Commissioner’s disclosure forms include separate sections for spouses of MPPs. No shares in Sienna are attributed to Anand’s wife in any of the Ontario PC candidate’s disclosures to the integrity commissioner.

Anand said his portfolio “only” includes 200 shares in Sienna and that he was not even aware that he owned any shares in Sienna until he was contacted by PressProgress: “I actually asked her ‘what have you bought? I didn’t even know about that’.”

According to Ontario’s Integrity Commissioner, MPPs are personally responsible for filling out their own disclosure forms and then reviewing it in-person with integrity commissioner representatives:

“It is the responsibility of each MPP to file their disclosure. Office staff will review the information provided, including statements from financial institutions. As required by the Act, the Commissioner then meets with each MPP individually to review their disclosure.”

The Ontario PC candidate said he believes questions about his personal investments reflect the sad reality that “trust is at an all time low.”

“Sometimes we look at something and we think ‘oh my God’ and we look at the information and then attach that to the character of a person without knowing what was the extent.”

“This is another great example,” Anand said.

Public health advocates say Anand’s investments in a private LTC company while it is embroiled in controversy defies common sense.

“On a personal level, how could a person in good conscience knowingly buy shares and take profits from corporations whose residents suffered so egregiously and continue to suffer from inadequate care?” Ontario Health Coalition Executive Director Natalie Mehra said.

Mehra further noted that Anand’s government has introduced several pieces of legislation that may have helped boost Sienna’s profits.

“After all the death and suffering in those for-profit long-term care homes, how could the Ford government not only fail to hold the companies liable but actually shield them from accountability?” Mehra said.

“How could they allow the incestuous relationship between the for-profit long-term care industry and their government continue?”

Privileged to host Dr. Merrilee Fullerton, Minister of Long-Term Care along with MPPs @SherefSabawyPC @NatKusendova @DeepakAnandMPP @RudyCuzzetto @krasheedmpp and @ninatangri for the announcement of new and upgraded Long Term Care beds for the Mississauga community. pic.twitter.com/ZlrOeTRpuR

The Ontario PC Party did not respond to requests for comment from PressProgress.