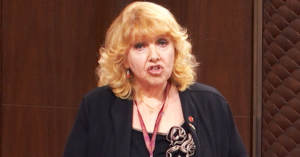 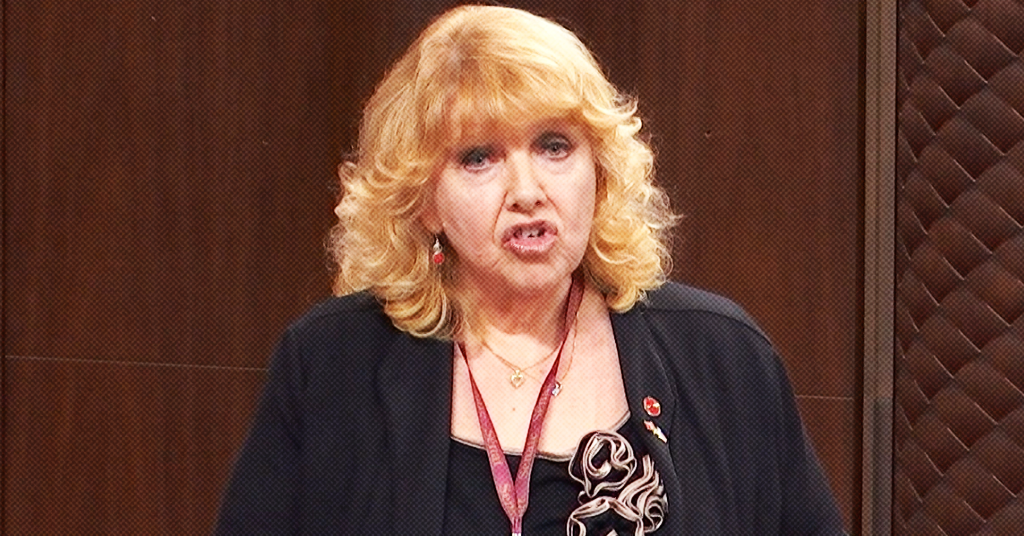 Canada’s chamber of “sober-second thought” may have its very first Senator who is aligned with Maxime Bernier’s far-right People’s Party of Canada.

Newly released donation records appear to show Lynn Beyak made a $1,000 donation to Bernier’s PPC shortly before the 2019 federal election.

Lynn Beyak is the same name as a “non-affiliated” Canadian Senator who has been suspended twice by the Senate in relation to a controversy over racist letters posted to her Senate website extolling the virtues of residential schools.

Senator Beyak did not reply to multiple requests for comment from PressProgress seeking to confirm if the name listed on the PPC’s Elections Canada filings is her own, though the donation is listed under a postal code in Senator Beyak’s hometown of Dryden, Ontario — a remote northern Ontario town with a population of 7,500.

The Senate of Canada said Senator Beyak does not maintain an office in Ottawa and did not have any phone number on file with which to contact her. Beyak does not operate any social media accounts and is only contactable by email.

The disclosure also shows the same person listed at the same postal code donated a maximum $1,525 to Bernier’s Conservative Party leadership campaign in 2016.

In 2017, after Beyak was booted from a Senate committee on Indigenous issues over comments suggesting some “good” came out of residential schools, Bernier said he was still “happy to have the senator’s endorsement.”

In the lead up to the 2019 federal election, Bernier’s party attracted a wide-range of far-right extremists and some PPC events descended into chaos. Among its founding signatories, Global News reported, were former neo-nazis and supporters of an anti-Muslim hate group.

According to the Canadian Anti-Hate Network, the PPC’s donation records also list the names of “known associates of hate groups” as other top donors.

The People’s Party received only 1% of the national vote on election night and Bernier lost in own seat in his home riding of Beauce, Québec.