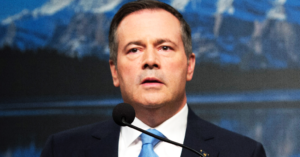 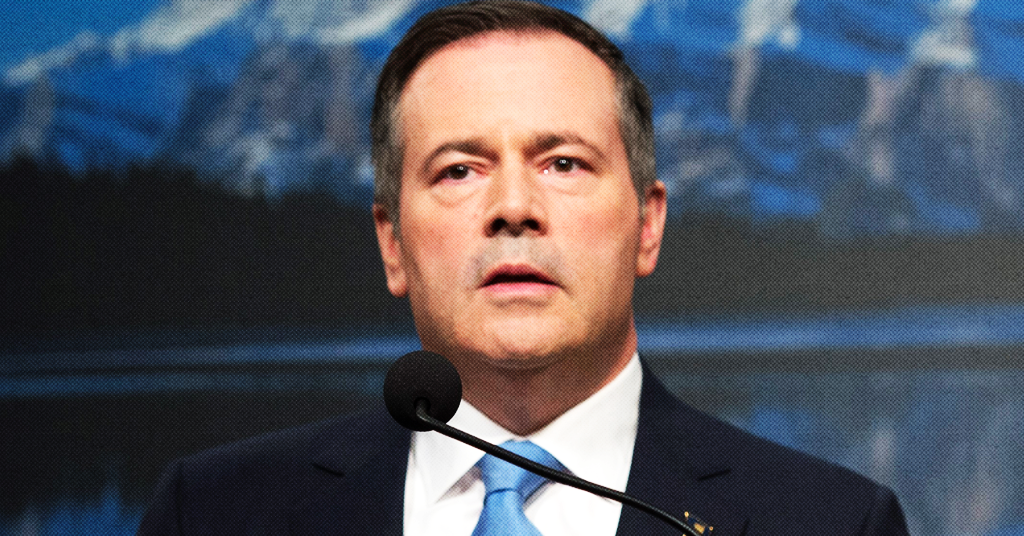 Alberta’s Minister of Education is receiving low marks for her performance after she offered an anonymous, unverified high school test as proof teachers are engaging in subversive activities.

The antics began when UCP MLA Richard Gotfried told the Alberta Legislature that an unnamed parent sent him a copy of a grade 10 test from an unnamed high school containing “deeply concerning anti-oil and gas rhetoric.”

Gotfried claimed the anonymous test contained unspecified “attacks on capitalism,” including questions that suggest the development of Alberta’s resources could lead to the “destruction” of “forests.” He also said the test promotes the idea of placing unnamed “restrictions” on oil companies.

Reading from a script, LaGrange called the anonymous test “troubling” and asserted that “educators have a duty to tell the truth about our responsible energy industry.”

“This type of ideology has no place in our schools,” the education minister added.

Of course, no one has seen the full test because LaGrange won’t release the full copy.

The offices of both LaGrange and Gotfried would not respond to requests from PressProgress asking how they know the test is even real?

Yet Kenney’s education minister continued to rail against teachers on Twitter.

“Educators should not be attacking” the “energy sector,” LaGrange tweeted, adding that Kenney’s government will “get politics out of the classroom.”

It is concerning that anybody would think that these were appropriate questions for a Gr. 10 Social Studies test. Alberta has a great story to tell about our responsible energy sector, and educators should not be attacking it. We’ll get politics out of the classroom. #abed #ableg pic.twitter.com/GXFMNBxnXO

The Alberta Teachers Association, which represents the province’s 40,000 teachers, issued its own statement questioning why LaGrange would not release a full and complete copy of the anonymous test.

The ATA also expressed concern that Kenney’s education minister was trying to “undermine faith in the public education system.”

We are quite concerned with the Minister’s posts yesterday which seem to undermine faith in the public education system.

We’ve asked for the entire Social 10 test, but the minister did not share any portion of the test before question 14.

Barb Silva of Support our Students Alberta also questioned why the UCP is sharing “unconfirmed tales and hearsay.”

“Stories from unidentified sources, from unconfirmed schools, by one teacher now set the stage for rehearsed exchanges” casting doubt on “the professionalism and integrity of teachers,” Silva told PressProgress.

Silva noted that any complaints concerning a specific teacher can be dealt with through “set legal protocols,” something LaGrange would know as a former school board trustee.

“It is a breach of confidence and professionalism to take an unconfirmed story and use it for theatrics in the Legislature,” Silva added.

Civil liberties groups also note LaGrange’s suggestion that she will muzzle teachers who don’t toe the government’s business-friendly lines in the classroom is an affront to freedom of speech.

Neve said what LaGrange is proposing to do “shuts down learning from all sides.”

A copy of the same high school test was also cited in a Calgary Herald column by right-wing radio host Danielle Smith, titled: “Indoctrination in Alberta’s classrooms must stop.”

Smith suggests the test is evidence of a “Marxist” influence in public high schools.

Smith told PressProgress she did not contact the school to independently verify the authenticity of the test before writing her column, but she did have an “exchange” with the mother who sent her a PDF copy of the test, along with her phone number and “correspondence with elected officials.”

Postmedia did not respond to questions from PressProgress asking what steps they took to independently verify the test was real before publishing Smith’s column.

“I trust you will include this information in your story,” Smith told PressProgress.

Excerpt of “indoctrination list” given to PressProgress by Danielle Smith

The “three percent project” is an initiative run by FES that counts on support from the Government of Canada, the City of Vancouver, Lush Cosmetics and a foundation established by Mattamy Homes CEO Peter Gilgan, among others.

The stated goal of the initiative is to “empower youth to take action on solving climate change in their local communities.”

Steve Lee, the Executive Director of FES, told PressProgress his organization “did not produce” any document called an “indoctrination list.”

“This is the first time I’ve seen this,” Lee said when shown a copy of the list supplied by the Calgary radio host.

Smith later clarified the “indoctrination list” was “sent to me that way by another listener” — “that was their title for it,” she said.