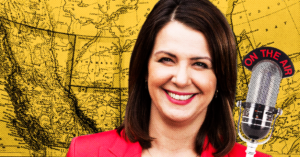 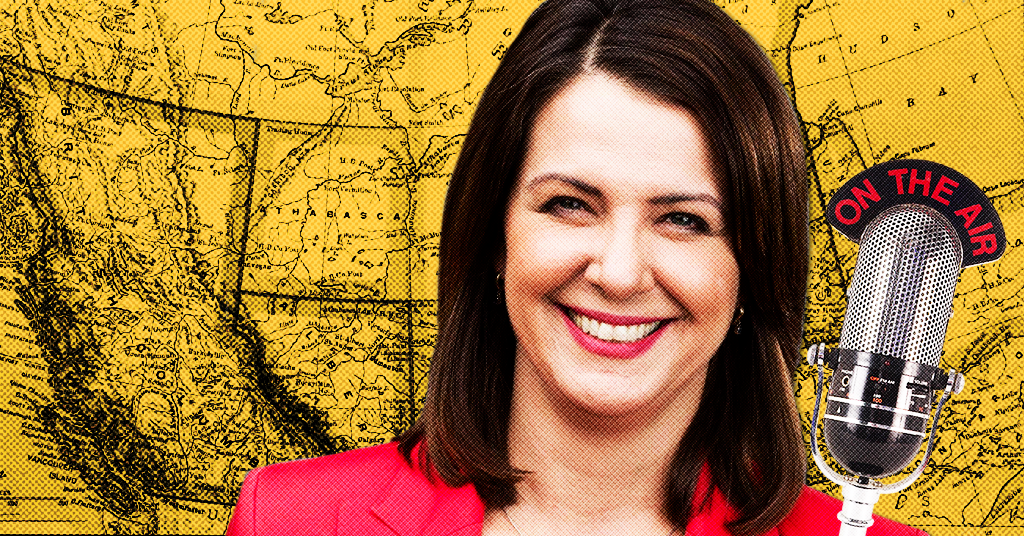 With talk of Alberta separatist sentiment running high, right-wing Calgary radio host Danielle Smith spent part of Wednesday’s broadcast pondering whether Alberta could expand its territory to the Pacific Ocean — by taking over half of British Columbia.

Smith, the former leader of Alberta’s Wildrose Party who now hosts a daily radio show on Calgary’s News Talk 770, welcomed a guest to start a “conversation” about whether Alberta could “redraw” its provincial borders.

Gerard Lucyshyn, a senior fellow at the Frontier Centre for Public Policy, told Smith about a recent report he authored at the right-wing think tank which advocates “redrawing” Alberta and Saskatchewan’s borders in order to “secure tide-water rights for the Prairie provinces.”

At one point in the show, Smith said Alberta’s boundaries are “totally arbitrary.”

“We only established our boundaries in 1905,” Smith noted. “If it’s only been 120 years or so, 115 years, why couldn’t we reconsider what our boundaries are and redraw them once again?”

Smith further suggested Alberta could “renegotiate our borders” in order to “correct this historic problem.”

While she conceded she does not know “if this would fly,” the former Wildrose leader ended her segment by concluding that the idea of a “new province of Alberta” that includes territory taken away from BC deserves some serious thought.

“Jeepers, if it’s as easy as an Order-in-Council, I say let’s maybe look at doing this,” Smith said.

Smith later tweeted a pair of maps showing how Alberta and Saskatchewan could gain access to “deepwater ports” by taking over northern BC and Manitoba.

Smith asked her followers what they think about “redrawing Alberta’s and Saskatchewan’s borders to correct an historic wrong.”

Just interviewed Gerard Lucyshyn from the @FrontierCentre about redrawing Alberta’s and Saskatchewan’s borders to correct an historic wrong and give us access to deepwater ports at #PrinceRupert and #Churchill. What say you BC and Manitoba? #ableg #cdnpoli pic.twitter.com/uDAxf2xFKJ

Smith did not respond to multiple requests for comment from PressProgress.

Local officials in Prince Rupert, however, think Smith, her radio station and its parent company are giving “fuel to those who seek to divide us.”

Blair Mirau, a city councillor in Prince Rupert, told PressProgress that “Rupertites are too busy growing a key Canadian port trade gateway to waste time giving any credibility to such nonsense.”

“If you want to talk about righting an actual historic wrong and the annexation of territory, let’s talk about how to collectively solve the real and pressing issues being experienced by the 1.6 million Indigenous Peoples in Canada,” Mirau added.

What would possess a serious commentator to float such irresponsible & inflammatory non-starters?

Imagine CKNW floating BC re-drawing AB’s map to give us Ft McMurray.

Can we please return to reality? https://t.co/5F1ESIDEJd

Help yourself to my lunch, sir, and here’s my milk money.

You should probably interview somebody who actually has credibility here.

I can’t possibly imagine that either BC or Manitoba or any number of First Nations have anything to say about this other than sign us up. This is as good as done. Fantastic journamalism, Ms Smith! https://t.co/JkD7EwslYp