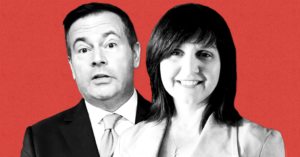 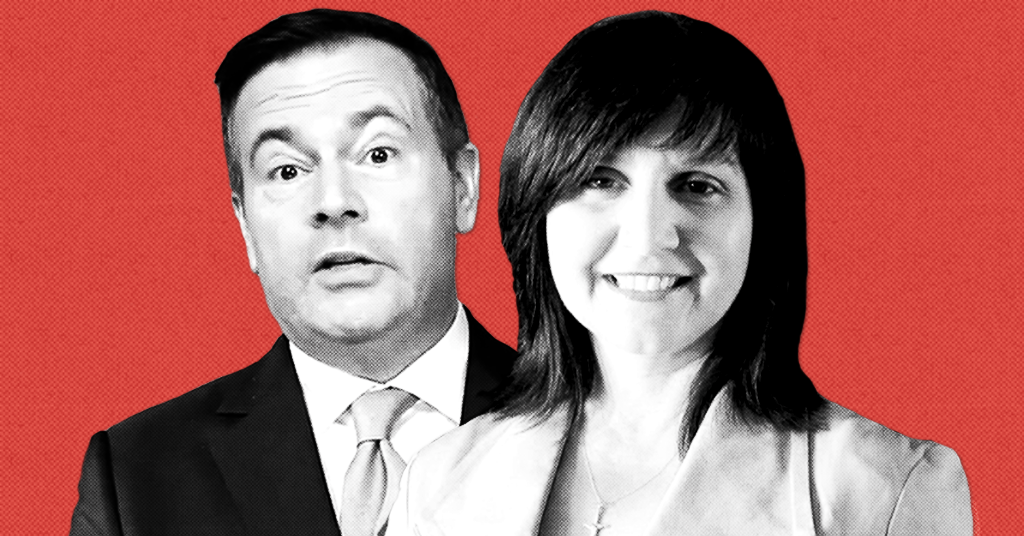 CBC News previously reported RightNow is “not talking about who they are helping” – nor are the 52 anti-abortion candidates for Jason Kenney’s party.

RightNow previously helped Kenney’s UCP leadership campaign and is now working on a plan to stack nomination meetings to nominate as many anti-abortion candidates as possible. The group’s efforts are being spearheaded by anti-abortion activist Alissa Golob and former Kenney staffer Catherine Gallagher.

“There are two nominations to elect pro-life candidates this week, that need volunteers,” the RightNow co-founder wrote in an October 22 e-mail blast.

“We can start passing pro-life legislation, we just need to nominate pro-life candidates who will defend human rights. We need you to make that happen.” 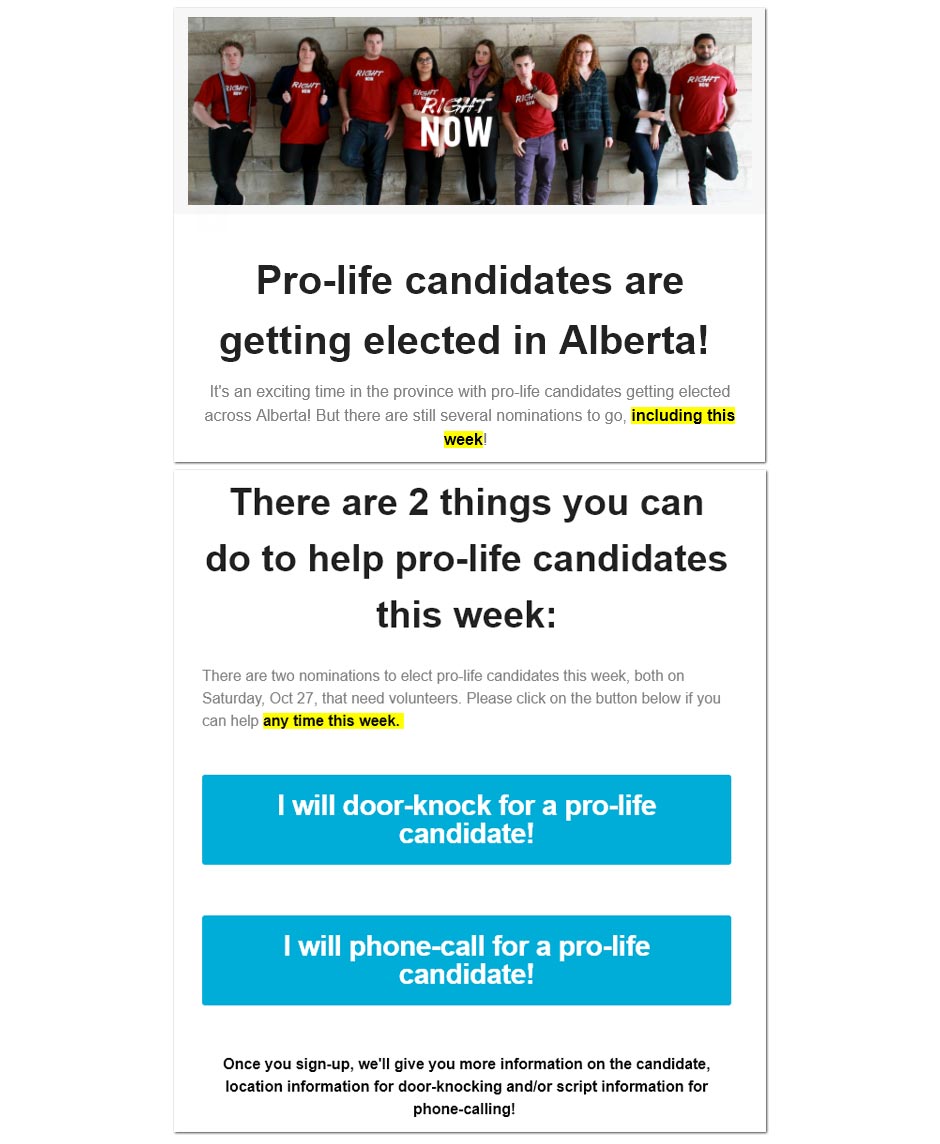 The group’s organized effort to secretly embed itself in an established political party is part of a new tactic being adopted by anti-abortion groups across the country.

“There is a new mobilization of Canada’s anti-abortion political lobby, which is stronger and more strategic than ever: targeting winnable ridings and vulnerable candidates, winnable issues,” notes a recent article in Maclean’s.

RightNow has received support and training from the Leadership Institute, a right-wing training organization funded by the Koch Brothers’ donor network.

LaGrange has had extensive involvement in Alberta’s anti-abortion movement.

Before becoming a trustee for Red Deer’s Catholic school board, LaGrange was the president of Red Deer Pro-Life, a group that hosted presentations by “Back Porch,” a fake abortion clinic set-up near real clinics to promote abortion-shaming messages targeted at women.

Abortion-related controversies have not been uncommon during her time as a school board trustee – last year, one school in LaGrange’s district made headlines after students were repeatedly shown anti-abortion videos in schools. 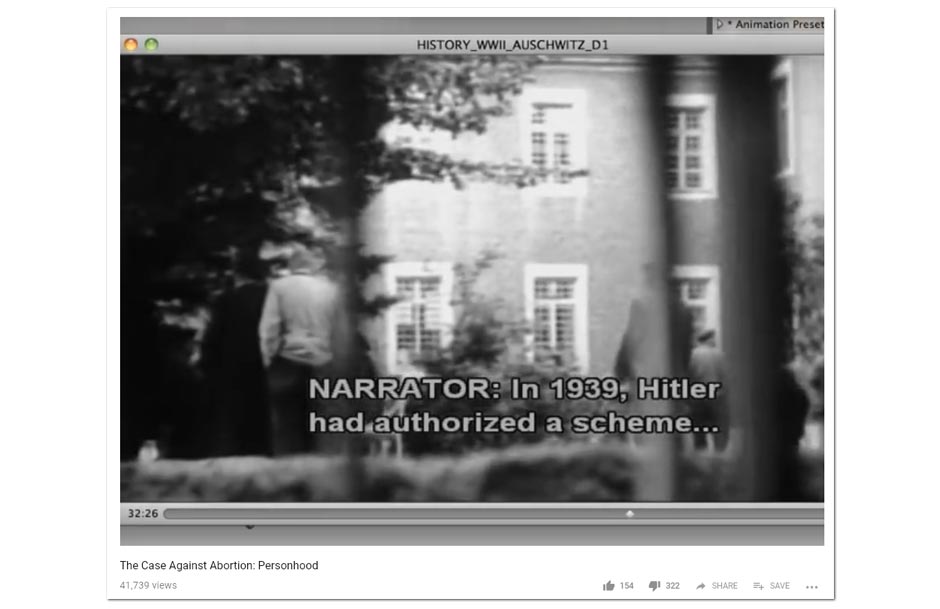 Still from anti-abortion video “The Case Against Abortion” (YouTube)

Following the abortion video controversy, sexual health advocate Cristina Stasia told Buzzfeed News these video presentations had been shown to students despite complaints from parents and students, arguing such issues should not be left in the hands of local school boards.

LaGrange stepped down as the head of the Alberta Catholic School Trustees’ Association in June 2018 and began a campaign to win the UCP nomination for Red Deer–North on Saturday, October 27.

That will a busy day for RightNow – the group anti-abortion group is also backing UCP nomination candidate Michael Kim in Calgary–Varsity on the same day.

Progress Alberta has learned that two of the UCP nomination candidates getting help from anti-abortion PACs are Michael Kim in Calgary-Varsity and @petedejong in Calgary-Falconridge #ableg https://t.co/zZULXsaLzr

Update: Following publication of this story, a second hard-right anti-abortion group called Red Deer Pro-Life joined RightNow by putting out a call on Facebook for volunteers to “lend a helping hand” to Lagrange’s UCP nomination campaign.