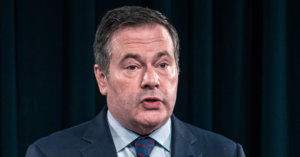 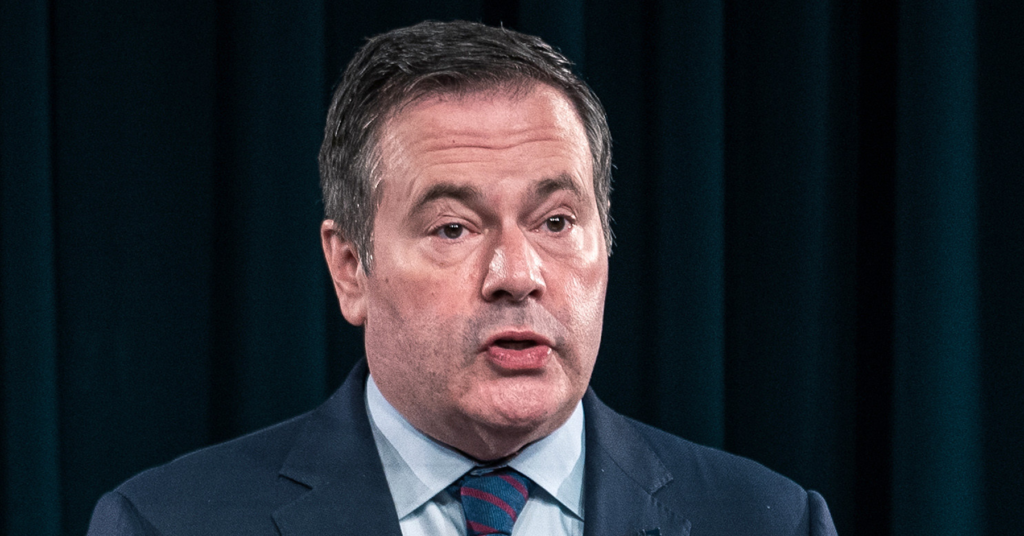 Jason Kenney’s inquiry into anti-Alberta oil campaigns won’t confirm if it plans to meet its latest deadline at the end of the month, despite having already missed multiple deadline extensions and requiring additional funds to keep going.

With just weeks left until the final report deadline — the Inquiry’s third deadline extension since it was formed — the public inquiry into allegations of a foreign-funded campaign against Alberta’s oil industry can’t say if it’s on track to wrap things up on May 31st.

“When any more information about the Inquiry schedule is available, it will be made public.”

The third extension was granted by Savage two days before the January deadline via an order in council, giving Inquiry Commissioner Steve Allan until May 31st to reveal his commission’s findings. 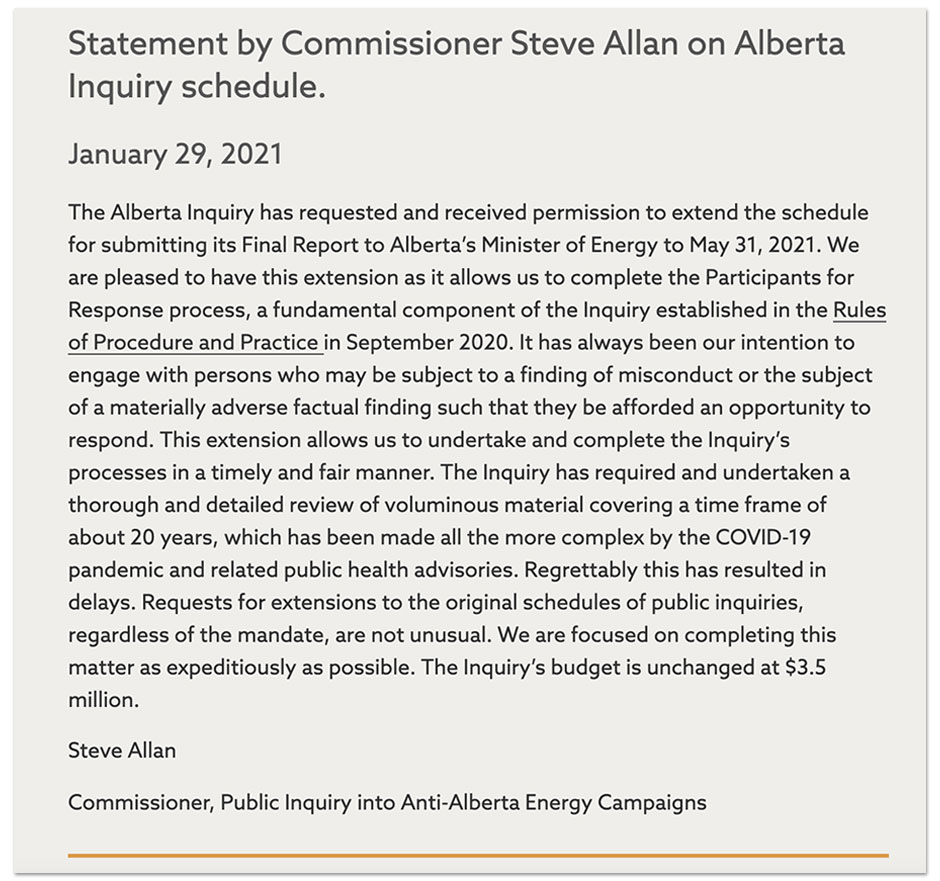 The Alberta Inquiry was a major campaign promise by the UCP during the election. It’s original mandate was to “the commissioner shall inquire into anti-Alberta energy campaigns that are supported, in whole or in part, by foreign organizations.”

The wording was amended last June to the more ambiguous “commissioner shall inquire into the role of foreign funding, if any, in anti-Alberta energy campaigns.”

Initially the $2.5 million was to wrap up July 31, 2020. Unable to provide a report, the commission was then given an extension to October 31, 2020, along with another $1 million for its budget by Energy Minister Sonya Savage.

Then, unable to make that deadline the commission was granted a second extension to January 31, 2021. A few weeks thereafter, Inquiry Commissioner Steve Allan took a mid-pandemic trip to Palm Springs, California.

Allan told PressProgress he “worked remotely” on the Inquiry while in Palm Springs.

Earlier this year, an Interim report on its “engagement process” that included reports that attacked mainstream climate science and spun conspiracy theories about a global cabal of progressives and environmentalist plotting to reshape our “modern way of life” by attacking the fossil fuel industry.

The inquiry faced legal challenges from environmental organizations early into its mandate. Ecojustice is challenging the inquiry in the Court of Queens Bench Alberta over “bias” and “improper political purposes.”

The inquiry claims its work included “hundreds and hundreds of interviews,” despite seeming to have had little to no contact with ENGOs operating in Canada, prompting questions about its lack of transparency to date.