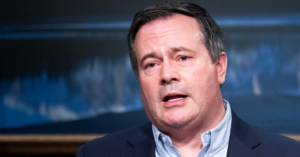 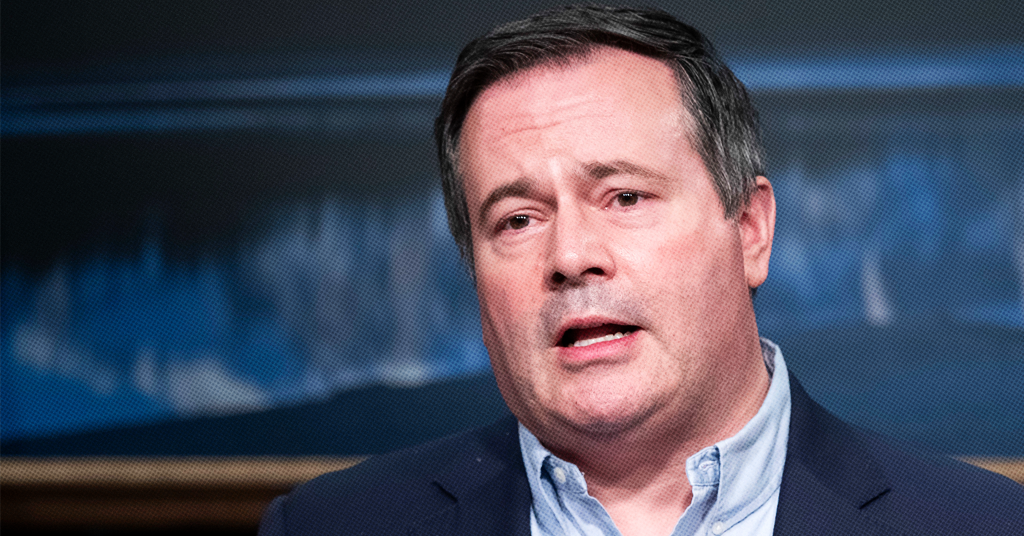 Alberta Premier Jason Kenney’s public inquiry into “anti-Alberta energy campaigns” has issued an update on its “engagement process” that reveals the inquiry commissioned a report that attacks mainstream climate science.

Commissioner Steve Allan has been managing criticism over a lack of transparency about what work his $3.5 million public inquiry has actually done, despite having already received multiple deadline extensions.

Last week, PressProgress was first to report Allan took a mid-pandemic personal trip to Palm Springs in November only weeks after receiving a second deadline extension and $1 million in additional funds from taxpayers.

In its Wednesday night update, the Inquiry published materials from to its public engagement process, including “reports prepared at the request of the Inquiry.”

One of those reports, which indicates it was “prepared for the Public Inquiry into Funding of Anti-Alberta Energy Campaigns,” is authored by University of Calgary professor Barry Cooper. 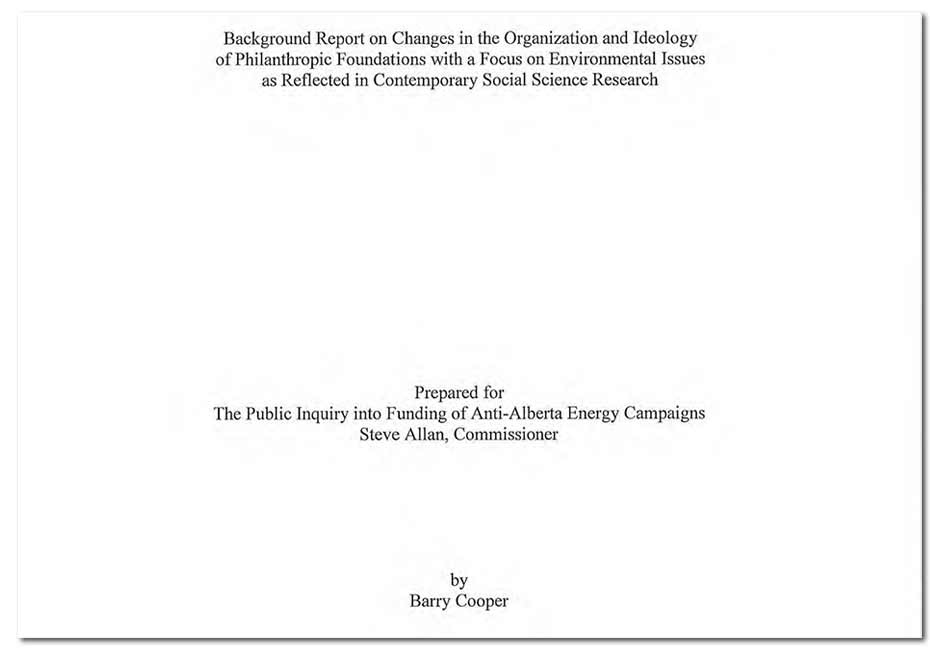 Cooper is an outspoken climate science critic and the founder of a controversial and conspiratorial group called “Friends of Science.”

Friends of Science has made national headlines over billboards it erected claiming that climate change is caused by sunshine. More recently, the group has promoted conspiratorial claims linking Bill Gates and the “deep state” to COVID-19.

A decade ago, Cooper came under fire after it was revealed public research money had been channeled through the University of Calgary to pay for political ads put out under Friends of Science’s name.

The Allan inquiry received a report from Barry Cooper who was involved in a scheme to funnel money from oil companies to a climate change denial group via donations to the University of Calgary. You couldn’t make this up. #ableg https://t.co/eGb5gaQmJdhttps://t.co/4hIqe7kzuo

In his report for the Inquiry, which purports to be a backgrounder on “changes in the organization and ideology of philanthropic foundations with a focus on environmental issues,” Cooper offers a number of off-topic statements relating to his opinions on science and the threat posed to Alberta by communism.

“In the research undertaken for this report I came across no study of environmental philanthropy that ever raised the question of the hypothesis of anthropogenic climate change,” Cooper notes in his report. “It was simply taken as given.”

“Nor was there any discussion of the relative importance of anthropogenic climate change compared to natural changes.”

“Indeed, from about 2000 on,” Cooper explains, “the problem of ‘global warming’, and anthropogenic global warming in particular, was not so much a question of scientific investigation as a premise for environmental activism.” 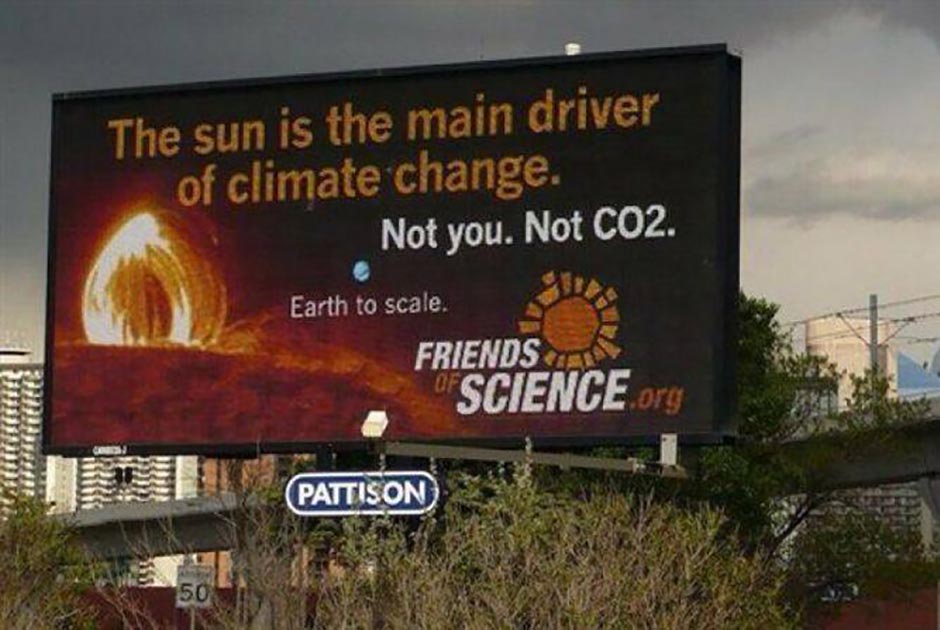 At times, Cooper’s report for the public inquiry uses biblical terms to describe the scientific consensus that human activity is driving climate change.

“The apocalyptic rhetoric of so much current environmental discourse is unlikely to end anytime soon,” Cooper warns. “The evocation of an apocalypse has been part of Western political symbolism since the book of Daniel in the Hebrew bible.”

“The apocalyptic rhetoric is increasingly unpersuasive,” Cooper says, pointing to a debunked disinformation campaign as proof of a “growing scientific skepticism regarding the so-called consensus view regarding anthropogenic climate change.”

Cooper concludes his report by suggesting climate change projection models are “entirely unscientific” and mocks those who deem “carbon dioxide to be a pollutant.”

Elsewhere, Cooper’s report explores his thoughts about the corrupting influence of Marxism on environmental philanthropy. 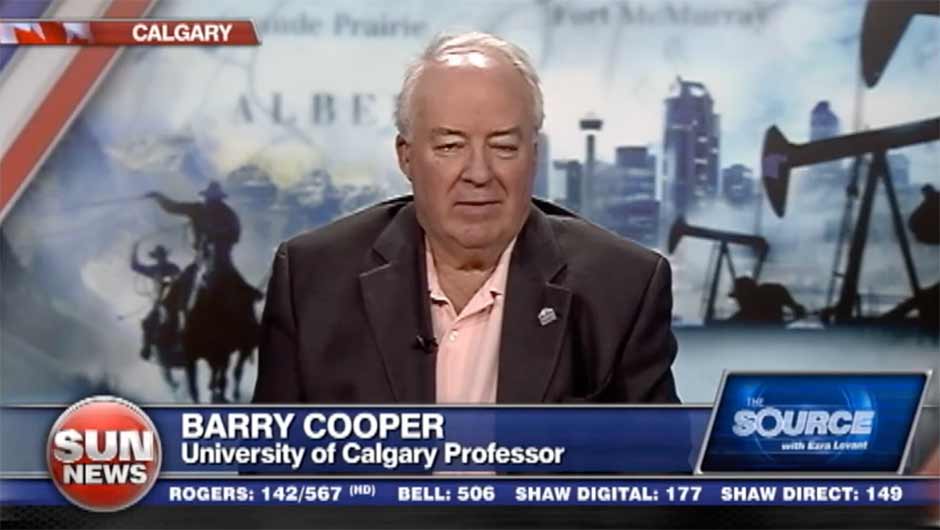 “Marxism is, of course, a widely held ideological view among social scientists who engage with the question of environmental philanthropy,” Cooper writes.

“For Marxists, philanthropies are necessarily instruments of class domination. Their purpose can only be to keep the environmental movement in line.”

Cooper goes on to suggest that a “made-in-Canada Marxist fundamentalism” will be “led by the successors to Marx’s proletariat who, in the Canadian context, can only be the racially oppressed First Nations.”

While offering no specific examples, Cooper also floats the idea that terrorism could arise in the environmental movement, just as it has among “jihadists and white supremacists.”

“A second thing one may anticipate is a growth in what, in the field of terrorism studies, is called ‘self-radicalization,” Cooper suggests. “For law enforcement and counter terrorism authorities, self radicalization leading to ‘lone wolf attacks’ is a major new challenge.”

“There is no reason to think that a similar dynamic doesn’t exists among environmental radicals.”

Public Inquiry spokesperson Alan Boras did not immediately respond to questions from PressProgress about why Commissioner Allan asked Cooper to produce the report and how much he was paid.

According to a blog posted by University of Alberta law professor Martin Olszynski, the Commissioner reportedly confirmed Cooper was paid $6,125 for the report.