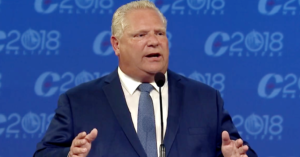 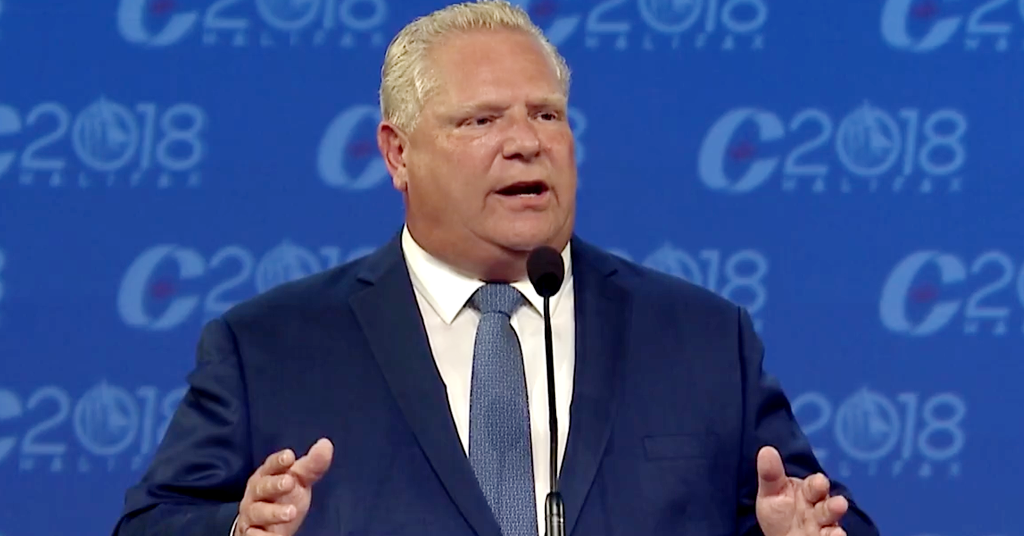 In a move to appease his social conservative base, Ontario Premier Doug Ford has put forward new measures to police speech on university campuses.

Thursday afternoon, the Premier’s Office issued a directive vowing to strip funding from universities that don’t implement new regulations policing speech on campus, targeting both student unions and individual students with financial penalties and disciplinary action if they protest “offensive” speakers and groups on campus.

Ford introduced the policy in May as a campaign promise aimed at shoring up his social conservative base only three days after he removed Tanya Granic Allen as an Ontario PC candidate over her well-documented history of homophobic views.

Anti-abortion groups have long complained they are being muzzled by universities, who won’t give them funding or let them display obscene signs on campuses.

In his original announcement, Ford explicitly cited the example of a court ruling against anti-abortion activists who argued they were entitled to university funding. Following the election, anti-abortion groups pointed to Ford’s policy policing speech on campus as one way Ford would help advance a new social conservative agenda.

2/3 Doug gave socons a bonus policy by pledging that if elected Premier, he’ll defund universities that do not defend #FreeSpeech. Bravo! That’s much needed because, as Ford said in his presser “schools have been turned into social laboratories”. #onpoli #PCPO @fordnation

According to Ford’s Orwellian “free speech” directive, all universities in Ontario have four months to draft new rules policing speech. “Free speech” will be monitored by the government to ensure Ford’s directive is being enforced, otherwise “the ministry may respond with reductions to their operating grant funding.”

Ford’s speech policing directive also calls for “discipline measures” against students who engage in “disruptive protesting that significantly interferes with the ability of an event to proceed” and requires student unions to comply with the rules otherwise their “ongoing financial support or recognition” will be revoked.

Ford’s directive orders universities to adopt principles laid out in a non-binding vision statement on free expression put forward at the University of Chicago last year – except that statement does not call for draconian measures, such as financial penalties or disciplinary action, to police speech on campus.

The University of Chicago also recognizes freedom is not “absolute,” noting there are many situations where “the University may properly restrict expression.”

In practice, Ford’s policy would effectively create a safe space for anti-abortion groups and alt-right speakers like Milo Yiannopoulos or neo-Nazi Richard Spencer who have seen their university circuit speaking tours disrupted by protests.

Ford’s directive suggests the province could strip funding for medical research if a university cancels events featuring alt-right speakers, just as Ryerson University did last year when it cancelled an event featuring ex-Rebel Media host Faith Goldy  shortly after she was fired for appearing on a neo-Nazi podcast.

Where would the Ford government draw the line? It’s unclear, but one of Ford’s handpicked star candidates previously suggested Holocaust denial events on university campuses should be protected as “free speech”

FYI, this is one of Doug Ford’s handpicked star candidates during the last election.

On his Rebel Media podcast, he once argued universities should never be allowed to stop events promoting Holocaust denial on campus.https://t.co/vg3BTZCyhQ #cdnpoli #onpoli

Jim Turk, director of Ryerson University’s Centre for Free Expression, told The Globe and Mail Ford’s policy is an “unprecedented abuse of university autonomy” and his targeting of student groups and protesters is, itself, an attack on free speech.

“That would seem to me to be a direct violation of the notions of free expression,” Turk said. “What if there’s a student group that was highly critical of the policy? Should they not have the right to exist and voice their criticism of it?”

“There’s an irony of the government trying to give the impression that they’re the ones defending free speech when they’ve been the critics of the exercise of free speech.”

The Canadian Federation of Students–Ontario said Ford’s threat to “remove funding for our public institutions” and “withhold students’ unions money” is “highly unusual” and an “unprecedented overstep of the government into the operations of postsecondary institutions.”

“What this government is doing isn’t right.”