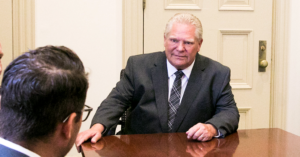 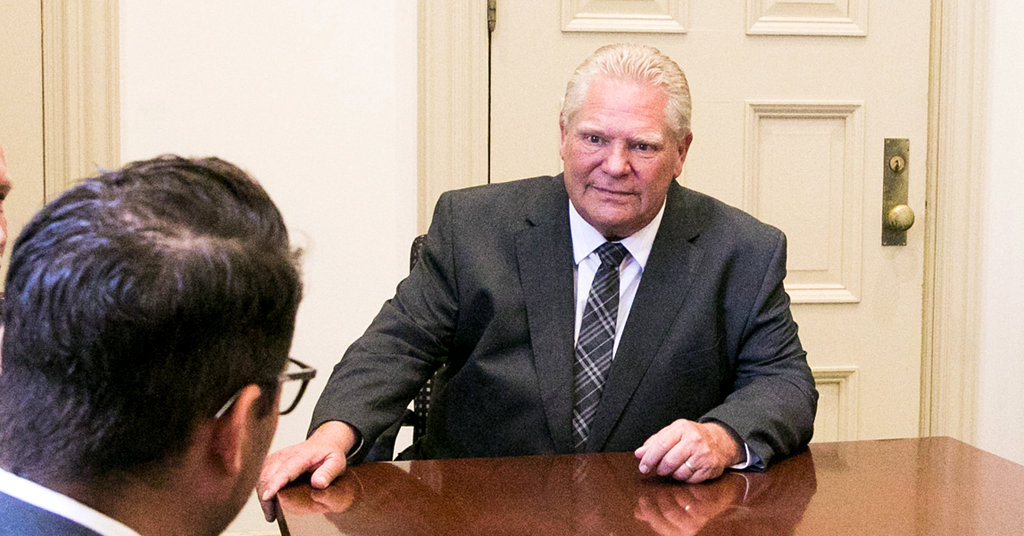 After months of negotiating and months of threats, the union representing Ontario’s education workers says talks broke down because the Ford government refused language protecting its members’ jobs.

On November 16, the Canadian Union of Public Employees’ Ontario School Board Council of Unions issued a five-day strike notice to the Ford government after months of negotiations.

In response to the strike notice, Education Minister Stephen Lecce acknowledged, to a media scrum, that CUPE’s main demand “was that the lowest-paid workers in this province get more support and a higher income.”

While mentioning that the government has increased its wage offer, Lecce said the union’s calls to enhance and expand benefits is “unacceptable.” The Minister declined to speak to the other “sticking points” when asked by the press – opting instead to blame the union for a strike “that will impose so much hardship on so many children.”

According to Walton, the union also sought to eliminate the expiration date in the agreement’s job security provisions, notably the Education Worker Protection Fund, set up to protect hundreds of jobs set for elimination in 2019 ahead of expected budget cuts. While the fund was extended into 2022, the Ford government’s latest proposal would merely extend it again for another four years.

Walton said the union was also seeking language to ensure all kindergarten classrooms had one Early Childhood Educator. Currently, school boards can get around this obligation in classes with fewer than 16 students. The union also pushed to increase DECE’s hours and increase hours for custodians who are not full-time.

“The Ford government says they’re the party of workers and that they’re doing what’s best for students,” Walton told PressProgress. “If that were the case, they wouldn’t hold workers jobs over their heads and limit our time with students.”

While the government raised its wage offer and dropped demands for a short-term disability support cut, overall the union told its members on November 14, “the government’s position has minimally changed.”

According to the union, proposals for an additional fund to expand education worker staffing, the Ensuring Success For Students Fund, were also refused by the government.

“ Education workers deserve to know that not only will they be paid a fair wage but that their job will treat them with dignity and respect. That means increasing the number of hours our workers spend in front of students,” Walton said. “That wouldn’t just lead to more job security for education workers, it would mean service security for students. It would make sure parents could count on the resources their children need in the classroom. I don’t think that’s too much to ask for from the party that says they’re representing workers and students.”

As PressProgress reported previously, ahead of the 2022 election, school boards across the province quietly informed their education workers that hundreds of jobs, including for ECEs, were set for expiry. Protecting these positions, the boards said, would depend on collective bargaining between school boards and the unions representing Ontario’s education workers.

In the now-rescinded contract the Ford government imposed on CUPE members with Bill-28, another fund for special education workers, Supports for Students Fund, was set to increase by just 1.8% per year – well below the rate of inflation.

According to new estimates by Ontario’s Financial Accountability Office, by 2027, the school system is expected to see a $6 billion spending shortfall – requiring either “allocating more funding to the ministry or by introducing measures that will lower program costs.”

Despite Minister’ Lecce’s claims to have spent more on education than ever before, 2022 education spending is actually $1 billion lower than in 2020.