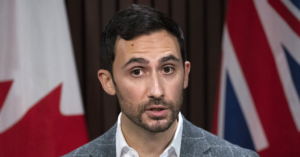 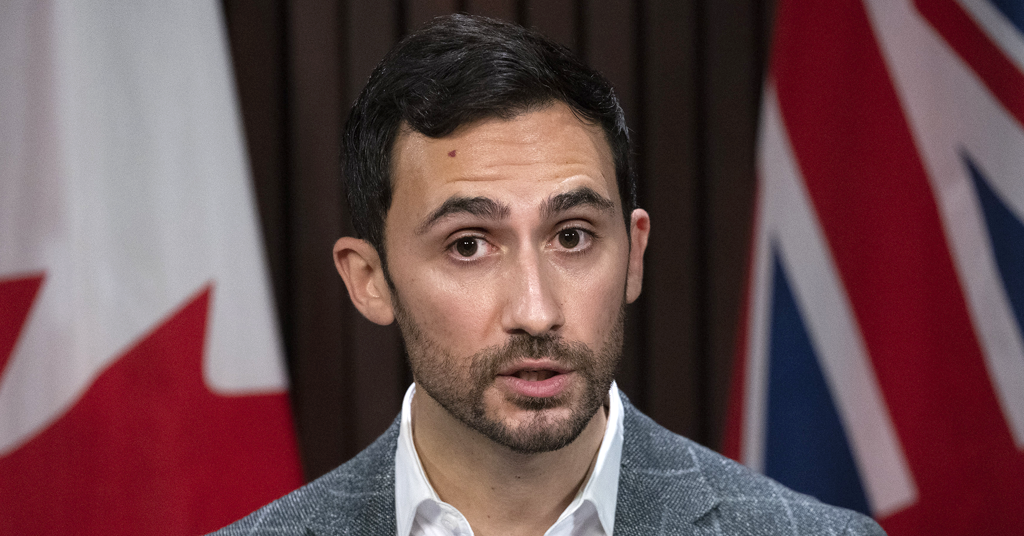 Stephen Lecce Claims He Made the Biggest Education Investment in ‘Ontario’s History’. Actually, He Cut Education.

While Doug Ford’s Minister of Education claims he’s offering a “generous” package to education workers along with the biggest investments in primary and secondary schooling in “Ontario’s history” – his government has actually cut education substantially since 2020 and is now offering a real cut to workers’ wages and benefits.

Ontario Education Minister Stephen Lecce has claimed repeatedly that his government is “committed” to student success and investing in education – to help sell pay and benefit cuts for education workers and anti-union legislation.

Since late August, the Ford government has been in contract talks with the province’s education workers – starting with educational assistants, early childhood educators and custodians, represented by the Canadian Union of Public Employees.

The government’s August 15 offer included a real wage cut – 1.25% and 2% against surging inflation and an absolute cut to short term disability pay.

Doug Ford’s government has made its first offer in negotiations with education workers:

While Lecce claimed the crown made a “more generous offer,” on October 30, that offer maintained the short term benefit cut and real wage cut – increased ever so slightly to 2.5% for those earning less than $43,000 and 1.5% for others.

Reviewing the proposal, a union bulletin noted this will mean “Education workers will see another 4

Ahead of collective bargaining with the province’s education workers, Lecce released the province’s “Plan To Catch Up” – a multi-page document, mostly re-announcing its main education plans. While the plan also claimed that the government is spending more on schools than ever before, that claim is contradicted by the government’s own budget estimates.

The statement claimed that its proposed plan to spend $26.6 billion on education represents “the highest investment in public education in Ontario’s history.”

The government’s more-recent expenditure estimates, allocated $27.08 billion to primary and secondary education, after adding in $140 million from educational operations. This is an increase of about 3.4% over the previous year – when the government spent $26.18 billion. With inflation at 11%, that is a real cut.

“Education funding has been inadequate for too long. Right now, it’s insufficient to hire enough staff to meet all students’ needs,” Walton said. “Provincial funding doesn’t cover growth in enrolment and inflation. So it’s actually a cut in funding.”

But that 2022-23 target is also about one billion dollars below the government’s 2020-21 primary and secondary education expenditure of $28.083 billion.

All told, the current estimates offer a cut of roughly $1 billion before even factoring inflation in.

Moreover, the new target also includes a $378 million in school capital expenses for repairs and maintenance from last year’s estimates.

Over the long-term, the Financial Accountability Office warns that the province’s schools, based on the Ford government’s projections, will face a $6 billion funding shortfall over the next six years.

On October 21, the government tabled pre-emptive back-to-work legislation to stop strike action by education workers and impose a contract on them. The legislation,  the Keeping Students in Schools Act,  uses the notwithstanding clause to override the workers’ constitutional rights.

NEW – Education Minister Lecce responds to questions about the government’s decision to impose a contract on CUPE education workers. pic.twitter.com/DlwIq1X83T

In 2015, the Supreme of Canada ruled explicitly that the right to strike is protected under the charter –striking down a blanket ban on work stoppages for employees deemed “essential” in Saskatchewan.

In Ontario, in 2012, the Ontario Supreme Court found, the previous Liberal government “substantially interfered” with education workers’ rights to bargain, by imposing wage and benefit freezes.