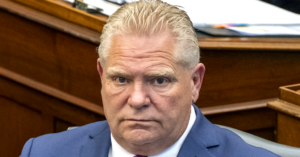 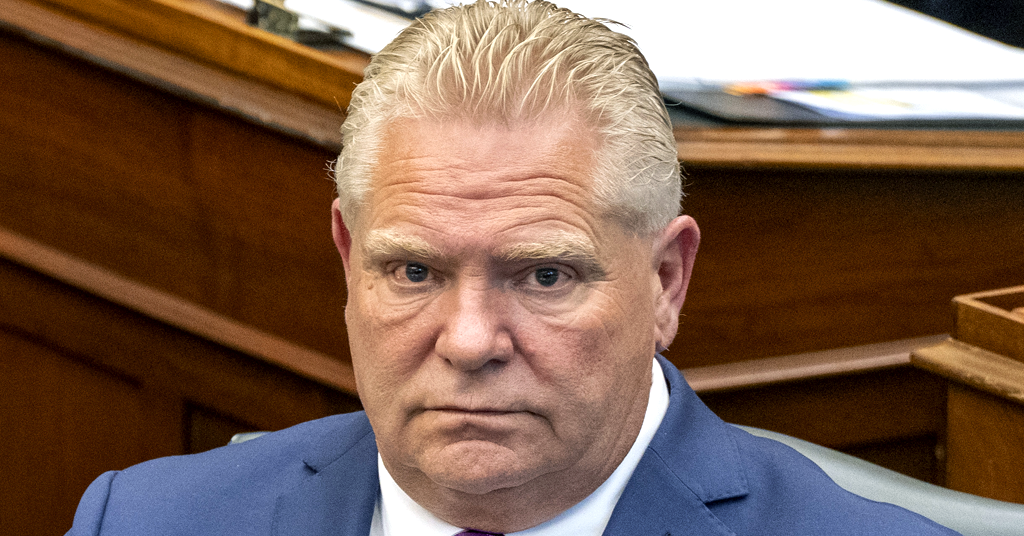 Ontario Premier Doug Ford says eroding the charter rights of Ontario’s education workers is about protecting the “emotional wellbeing” of children even though his government is fighting to impose wage and benefit cuts on workers and block language protecting their job security.

Since this action would be unconstitutional, Ford will use the notwithstanding clause to get around the Human Rights Act and workers rights guaranteed by the Charter of Rights and Freedoms.

Ford claims the “mental, physical and emotional wellbeing” of children justifies his use of the notwithstanding clause to override education workers’ rights.

Since August, the Ford government has been half-heartedly negotiating with CUPE’s Ontario School Board Council of Unions, the first round in this year’s education contract talks.

Despite promising a “fair deal” for workers, The crown’s offer, on August 15, was a pay and benefit cut. In the interest of “fiscal sustainability,” the same government that gifted over $200 million in corporate subsidies to ineligible companies demanded workers accept a real pay cut – of 1.25% against 11% inflation and a cut to their short-term disability pay of at least 10%.

In particular, the text of the bill removes a clause in Letter of Understanding # 3 which would otherwise block “trade-offs” between workers of different classifications from maintenance to ECEs.

The government’s offer rejected language which would ensure each kindergarten classroom has a designated Early Childhood Educator. Currently, it notes, school boards can get around this obligation in classes with fewer than 16 students.

Ford’s attacks on our public services are hurting kids, workers & families now, & in the future.

According to CUPE, “school boards often play with classroom placements to minimize the number of DECEs employed, denying the two-educator model to many students.”

The government’s offer also rejects calls to expand job protection funds like the Supports for Students Fund which helps pay for, among other things, special education. Instead, it promises that the “existing funding” for the SSF “will be maintained for the duration of the agreement.”

In the text of the bill, the fund is set to rise by just 1.8% per year – also well below inflation.

Ford’s government has also refused to give the union’s members wage increases that are adjusted for inflation.

Since 2012, the union calculates, prices have risen 19.5%. Yet, over those ten years, wage increases have averaged less than 1% per year – rising a total of 8.8%, largely due to legislated wage cuts and freezes. After two months of negotiations, the government’s October 30 offer changed little, raising the pay “increase” to 1.5 and 2.5% per year – amounting to another cut.

As PressProgress reported previously, despite claiming to be spending more on education than any premier history – the government has actually cut school funding by $1 billion since 2020.