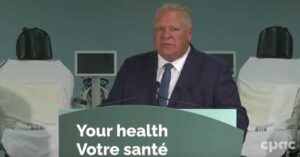 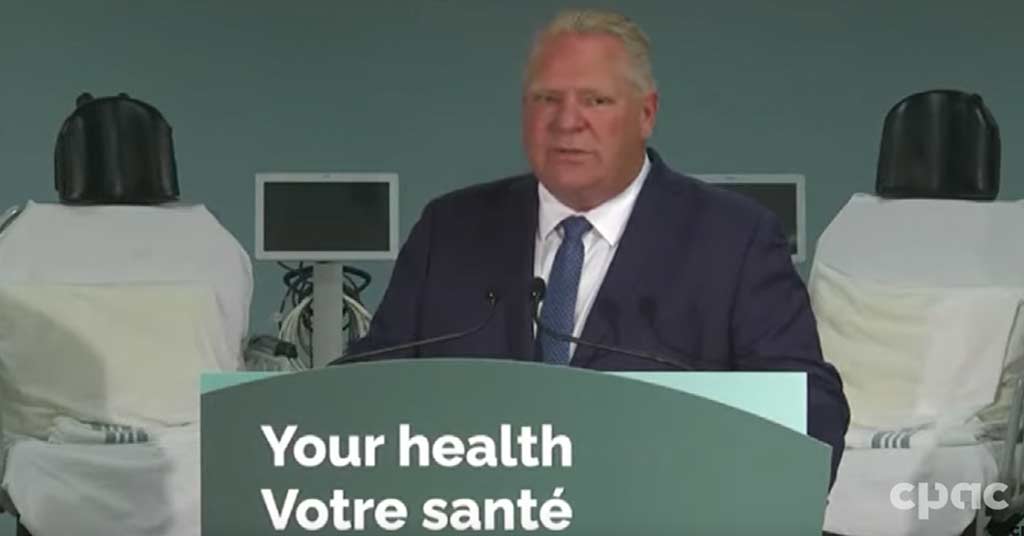 Ontario Premier Doug Ford is vowing to move up to 50% of surgical procedures out of hospitals and into private, for-profit health facilities permanently.

Asked specifically which procedures he is looking to move to private health facilities, 97% of which are for-profit facilities, Ford offered a list of surgeries that he described as not “serious” – including procedures provided by Ford’s political donors who also lobbied the Premier’s Office for this change.

“Let’s get the cataract surgeries, get the backlog there. Let’s change people’s lives, and take care of the hip and knee replacement surgeries,” Ford said. “You add ‘em all up, what I understand is that’s 50% of the surgeries.”

“That will allow additional capacity at the hospitals to do the serious surgeries.”

“There’s only two places in the world that have the health care like we have, the same system,” Ford said. “Cuba and North Korea.”

Ford refused to disclose the name of the CEO.

“We’re going to chip away at this,” the Premier said. “This will be permanent.”

Ontario’s College of Physicians and Surgeons has noted it previously warned Ford’s government that outsourcing surgeries to private facilities will not alleviate the crisis in the hospitals.

“Many months ago, we were consulted and shared our opinion that stand-alone surgical centers need to be connected to the hospital system to ensure continuity of care and patient safety,” Registrar and CEO Dr. Nancy Whitmore said.

“We also shared that this wasn’t the solution to the health care crisis and would further tax our health human resources shortages and further increase wait times for more urgent hospital-based care.”

“I was shocked to hear that they would come out and say that,” Ford said. “You should ask them if they have confidence that they can handle it,” Ford told another reporter.

Health minister Sylvia Jones would not say how many for-profit health companies will get new contracts – “It’s actually going to be an application-based system,” Jones said by both non-profits and “profit-based.”

Neither Jones nor Ford clarified how and if measures will be taken to stop clinics from extra-billing.

Ford later added that Ontarians will still continue “paying for their parking.”

As PressProgress previously reported, Ford’s announcement to privatize cataract surgeries closely followed new donations from the owners of one of Ontario’s largest private surgery clinics to his party.