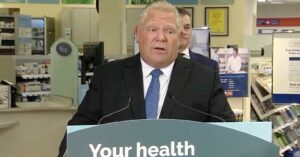 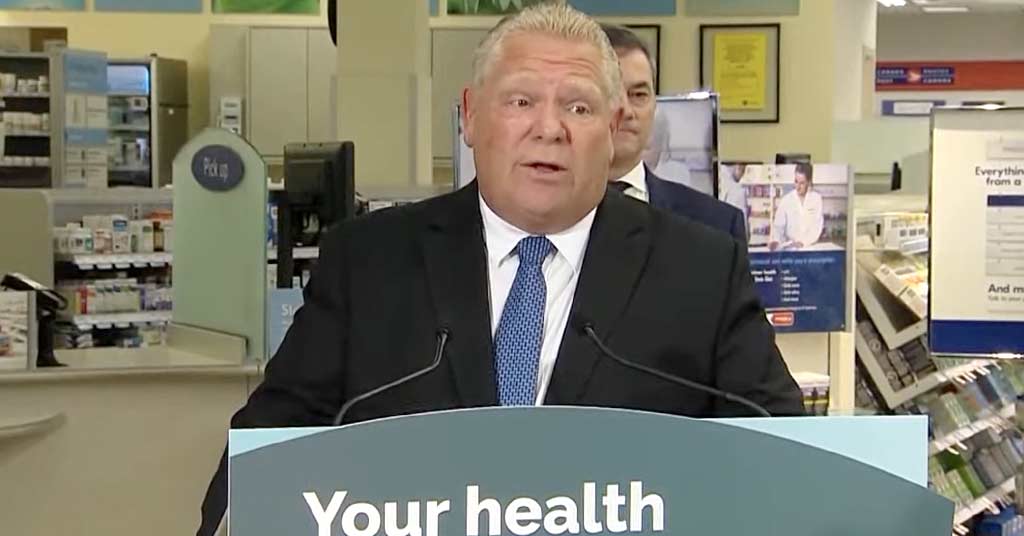 Ontario Premier Doug Ford says Ontario residents need to have private health services like the ones his political donors are lobbying his government for in order to “take the burden off” the public health care system.

Speaking to reporters at his first press conference of 2023, Ford doubled-down on his plan to move OHIP-funded procedures out of public hospitals and into private Independent Health Facilities, non-hospital sites that perform medically-necessary operations – 97% of which are for-profit facilities.

“People don’t care where they have to go as long as it has the same regulations, same top-notch doctors,” Ford said, explaining his rationale for expanding for-profit health services.

Asked if he wanted “greater private sector involvement,” in Ontario’s healthcare system, Ford clarified only that he does not “like the word ‘private.”

Jones would not commit to capping the number of private clinics operating in the province.https://t.co/yl9pCToYC0 #onpoli #onhealth #cdnhealth

In addition to lifting the cap on the number of IHFs that can operate in Ontario, Ford also used the photo-op as an opportunity to highlight the government’s plans to privatize “simple” medical operations.

Ford said Ontario residents can now “knock off simple stuff” that is “not complicated,” singling out “knee replacement, hip replacement, cataracts” as a few examples.

“These are no-brainers that are backlogging the healthcare system,” Ford said.

The owners of a company lobbying to expand privatized eye surgeries donated thousands of dollars to Doug Ford’s party.

Ford, Herzig and Tabb were listed as “VIP guests” for a special performance of Billy Elliot the Musical, part of a 2011 Toronto fundraising gala for Canada’s National Ballet School.

The Herzig Eye Institute did not respond to requests for comment.