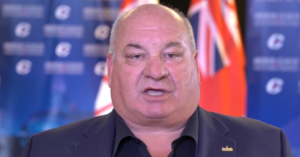 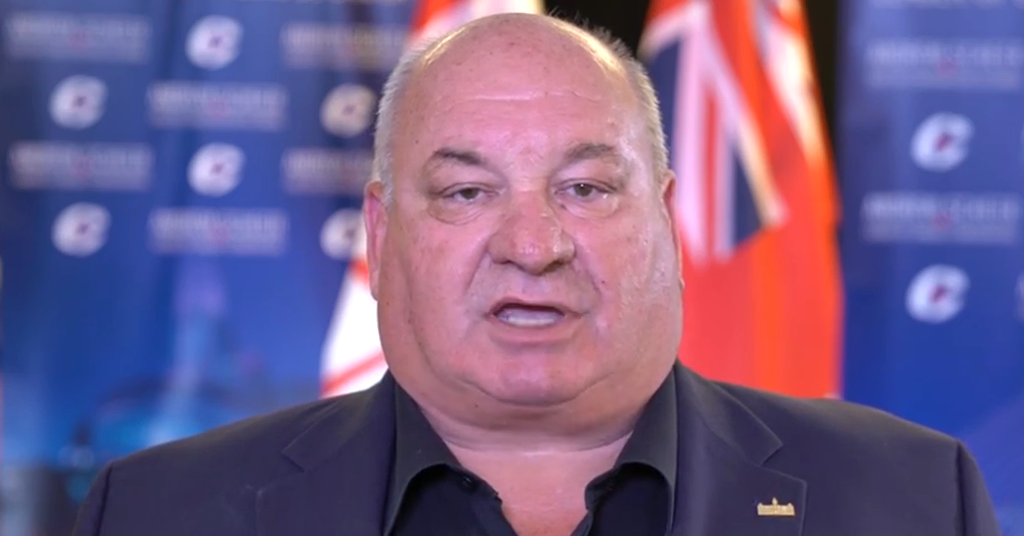 As Canada’s Conservatives arrive in Halifax for the party’s 2018 convention, Larry Miller is capping off a wild month of racist bozo eruptions that saw Conservative leader Andrew Scheer and several top MPs defend someone affiliated with far-right anti-immigrant fringe groups.

The Debate Post article, promoted by a sitting Member of Canadian Parliament, includes the following blurb of text:

“Canadian Muslims are happy the way Islam is going in Canada under Justin Trudeau, so far they’ve gotten all their demands met, like M-103 for example, will they earn their way to legalizing pedophilia?”

A spokesperson for Debate Post told PressProgress in an e-mail that it has no idea if the information it published is accurate or not.

The article fails to identify the speaker, who appears to have a British or Australian accent, and it provides no additional context about where or why they delivered their speech.

At no point during the ten minute video does the unidentified speaker advocate  “legalizing pedophilia” – in fact, the speaker explicitly rejects this idea.

The video appears to be responding to David Wood, a far-right figure identified by the Southern Poverty Law Centre as the leader of an “anti-Muslim hate group.”

An anonymous representative of Debate Post told PressProgress they do not know where the video they published originally came from and added they “can’t confirm” the speaker in the video is a “Muslim Canadian scholar,” as their article claims.

Debate Post, which describes itself as a “right leaning media outlet,” notes the video also appeared on Rebel Media and an alt-right website run by Milo Yiannopoulous – Rebel Media also failed to identify the source of its video, though Yiannopoulous’ site claimed it found the video on a website called “Jookos News.”

Jookos News is a fake news website that produced pro-Trump and anti-Muslim propaganda in advance of the 2016 US Presidential election. Several months after the election, the fake news website vanished from the Internet and Facebook.

Debate Post, which claims to be based in Alberta, has its own history of presenting false and dubious information as news – here are some recent false headlines:

In the last month alone, Debate Post has seen more than a dozen articles receive wider reach on social media than many established Canadian news sources.

Over 250 articles of such on Debate Post are published under the name “Admin.”

The profile photo for Debate Post’s “Admin” uses a stock photo of a “handsome businessman” that also appears on the creative commons website MaxPixel.com. All of this might beg questions as to why a Conservative MP would share this sort of information with constituents, but then again, Miller has a well-documented history of dabbling in conspiracy theories and dubious online sources.

During the 2015 federal election, Miller tweeted a fake document listing the warning signs of an impending communist revolution. The New York Times debunked that one in 1970 – even former FBI Director J. Edgar Hoover testified it was a fake.

In 2016, Miller tweeted a meme comparing Americans on food stamps to wild animals overseen by the National Park Service.

In 2015, Miller made national headlines when he waded into the niqab debate, telling a local radio station in Owen Sound that Muslim women should “stay the hell where they came from.”

Update 1: Following publication of this story, the National Council of Canadian Muslims issued a statement Thursday afternoon calling it “outrageous and unacceptable” that Miller would promote “blatantly odious misinformation about Canadian Muslims that spreads fear and hate.”

The NCCM demanded Miller clarify why he retweeted the article and asked if he would apologize.

Outrageous and unacceptable that @LarryMillerMP would promote such blatantly odious misinformation about Canadian Muslims that spreads fear and hate. @LarryMillerMP, can you clarify why you RT’d this and will you apologize? https://t.co/ykzYB1nTKE #cdnpoli #cdnmuslims

“I apologize to anyone this may have offended,” Miller said. “It is important for everyone, including me, to ensure that items that they post on the Internet are true and based on fact.”

“I regret the mistake and will work to ensure that it does not happen in the future.”