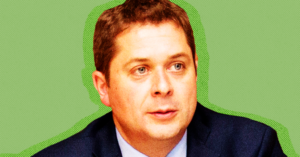 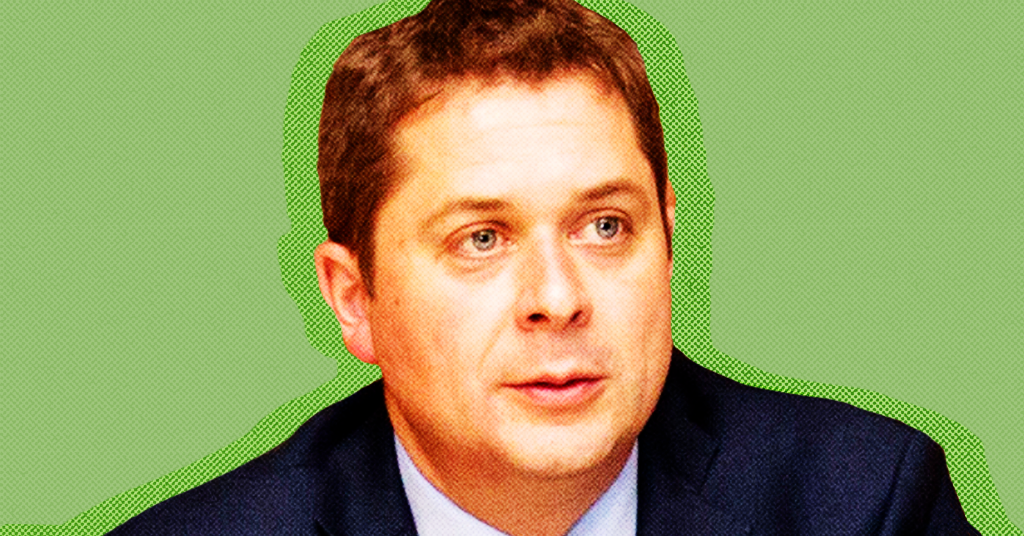 “This is how you can tell when Liberals are losing,” Scheer said. “Concerned about illegal border crossers? You’re a racist.”

“Instead of demonizing his critics, Justin Trudeau should confront the problem.”

This is how you can tell when Liberals are losing. Concerned about illegal border crossers? You’re a racist. Worried about the cost? You’re un-Canadian. Don’t like the carbon tax? You’re a denier. Canadians are sick and tired of this. 3/5

Instead of demonizing his critics, Justin Trudeau should confront the problem. This requires courage and leadership, and if Justin Trudeau can’t summon it, Canada’s Conservatives are strong and ready under my leadership. 5/5

Except by all indications, the heckler not only holds racist views – she’s actually a far-right activist connected to a number of anti-immigrant groups.

I don’t know if Scheer is wise to make this an issue given the heckler is so racist https://t.co/8HZrh2MPnz https://t.co/Z7B6HzbYl1

Video from an event in Sainte-Anne-de-Sabrevois, Québec last week shows a woman repeatedly interrupt the Prime Minister’s speech to demand a “refund” on money spent on “illegal immigrants.”

“Ok, Madame,” Trudeau responded. “This intolerance towards immigrants has no room in Canada.”

“Your racism has no place here,” he added.

Diane Blain has publicly identified herself as the heckler who appeared in the video.

Blain previously made headlines in 2015 when she refused to be seen by a Muslim woman at a dental clinic at the Université de Montréal.

According to her social media activity, Blain not only appears to hold racist views but is connected with a number of far-right extremist groups, including groups called the Front Patriotique du Québec and Storm Alliance. According to Le Troupeau and independently verified by PressProgress, multiple members of far-right groups were in the crowd during the Prime Minister’s speech last week – researchers suggest it was a coordinated effort to disrupt the event.

Joining Blain in the crowd was the leader of the far-right Front Patriotique du Québec, described Radio-Canada as a “separatist anti-immigration group.”

Postings from the group’s leader Mario Dallaire “confirm” he was nearby in the crowd. Dallaire previously mused about staging a “fake terrorist attack to wake up people” about immigration.

The next day, Blain was photographed with the lead organizer of an “extreme right” anti-immigration protest who also has apparent ties with Dallaire. Blain is also notably a member of the Storm Alliance of Québec’s Facebook group.

Storm Alliance is an offshoot of the Soldiers of Odin, an “extremist vigilante group”  designated as an “anti-Muslim hate group” by the Southern Poverty Law Centre. For over the last year, Storm Alliance, along with another group called La Meute (or “the wolfpack”), have been a presence at the Canada-US border, holding vigilante patrols looking for terrified refugees fleeing Donald Trump’s United States. Despite her clear extremist connections, multiple Conservative MPs and Senators have actually spoken out in defence of the far-right activist.

Conservative MP Michelle Rempel rushed to the defence of Blain, criticizing the Prime Minister for calling the far-right extremist “intolerant” and “dismissing the concerns of Canadians.”

1/ Thread. In this video, a woman asks Trudeau when Quebec is going to get the $146M needed to cover costs related to social supports for illegal border crossers. He calls her intolerant. Keep in mind those are the exact questions we have been asking him. https://t.co/8293lPwH8q

?. Enough with dismissing the concerns of Canadians, on with being held accountable, Trudeau! https://t.co/tvCMZKuA4i

Meanwhile, Conservative MP Tony Clement mocked the idea of using the “R word” to describe a member of an anti-immigrant vigilante group.

Trudeau and team are quick to use the r word whenever people want legitimate answers to legitimate questions, Roy … @TheRoyGreenShow https://t.co/5LM4Txse0J

Steven Blaney, former Public Safety Minister under Stephen Harper and the main spokesperson defending Bill C-51, expressed concern for the “lack of respect” shown to a far-right extremist who merely asked “a legitimate question about migrants”:

Conservative MP Luc Berthold said the “hatred” expressed to a member of a far-right anti-immigrant group was “pathetic.”

And there was Conservative Senator Linda Frum, who took issue with the “elderly woman” being called “intolerant and racist,” despite being a far-right extremist.

That’s nice. Truly. Now how about a hit on his interaction with the elderly woman in Quebec whom he attacked as “intolerant” and racist because of her questions about uncontrolled, illegal immigration? https://t.co/HMkQmhAmdI

However, Senator Frum later attempted to walk back her unqualified support for the far-right extremist.

“If social media reports are true,” Frum tweeted, “the (Parti Québécois) woman who confronted Trudeau on illegal border crossings is poor spokesperson for any issue.”

Frum went on to reiterate she still agrees with the far-right extremist’s facts.

If social media reports are true, the PQ woman who confronted Trudeau on illegal border crossings is poor spokesperson for any issue. That does not alter the essential fact: Canadians are unhappy with Trudeau’s handling of the border crisis that he created https://t.co/rgVsFn8qty