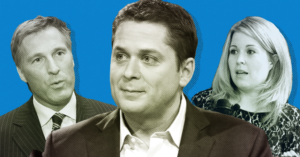 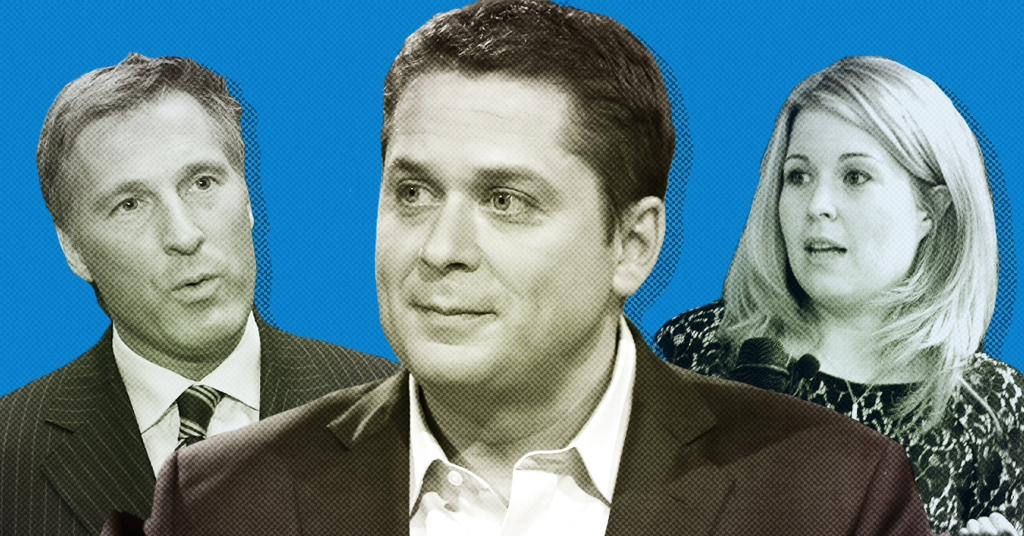 Has Conservative leader Andrew Scheer lost control of his caucus?

From xenophobic dog whistles to daily bozo eruptions on Twitter, if you thought the Conservative Party of Canada was behaving a little more unhinged than usual this summer, it isn’t your imagination.

We crunched the numbers.

Between Sunday to Friday evening, @MaximeBernier has averaged one bozo eruption every 9.2 hours this week.#cdnpoli pic.twitter.com/LwuZMw8AL8

Let’s take a quick look at what some of the brightest lights in the Conservative Party have been up to lately in the dog days of summer.

On the anniversary of a deadly 2017 white nationalist rally in Charlottesville, Maxime Bernier – runner-up in last year’s Conservative leadership contest – decided to tweet a bizarre rant claiming that diversity is “destroying” Canada.

Prime Minister Justin Trudeau gave a speech at a multicultural festival in Toronto’s Danforth neighbourhood, site of a deadly shooting last month, suggesting the diversity of the neighbourhood’s residents are a good example of Canada’s “strength” as a nation.

“Diversity will not be our strength, it will destroy what has made us such a great country.”

Undeterred by the backlash to his comments, Bernier followed-up a few days later, this time complaining about “extreme multiculturalism,” even earning criticism from a Tory Senator.

. @MaximeBernier As a caucus colleague and a proud Pakistani-Canadian parliamentarian, I’m incredibly disappointed with this tweet. This kind of rhetoric creates division. Is that your aim? If so, what is your end game with this sort of identity politics? #Pakistan #Canada https://t.co/i9t3E5jOpE

That forced a response from Conservative leader Andrew Scheer, who issued a weak and evasive statement that only raised more questions than it answered.

If Maxime Bernier “does not speak for the Conservative Party of Canada on any issue,” to what end is he a member of its parliamentary caucus? pic.twitter.com/lh4QGd1E15

Not to be outdone, Conservative MP Michelle Rempel also got herself in trouble on Twitter recently.

The Calgary-area MP went on a conspiratorial rant last week accusing fact-checkers at the Canadian Press of working on behalf of the Prime Minister’s Office.

The Canadian Press, a private news agency, runs a regular fact-checking feature called the Baloney Meter that “examines the level of accuracy in statements made by politicians.”

Without any evidence, Rempel tweeted that “the Baloney Meter is a spin tool for the Trudeau PMO” and denounced the fact-checking feature as “editorialization disguised as journalism.”

Rempel was reacting to a fact-check scrutinizing Conservative leader Andrew Scheer’s claims that “illegal border crossers” have become a “crisis.”

Earlier this month, Conservative Senator Denise Batters faced heavy criticism after she tweeted that journalists should question Omar Alghabra, the parliamentary secretary to Canada’s Minister of Foreign Affairs, about his birthplace.

“May have been interesting to ask him whether his birthplace being #SaudiArabia impacts this file for him,” Senator Batters tweeted following Alghabra’s appearance on political news program answering questions about Canada’s ongoing diplomatic dispute with Saudi Arabia.

Responding to Batters’ tweet, Conservative MP Blaine Calkins tweeted, then later deleted, a screenshot from a discredited 2005 blog post accusing Alghabra of being an “overt Islamist.”

The 2005 post was originally published by far-right blogger Daniel Pipes, President of the Middle East Forum, an anti-Muslim think tank which has provided funding to Rebel Media’s Ezra Levant, Although Calkins never provided a link to the full blog post, the original 2005 post actually retracted its claims. The blog post includes updates clarifying Alghabra categorically denied making those comments and even supplied indisputable video evidence showing he “did not say those words about Islam.”

Thanks to everyone for pointing out the poor source I posted. I was unsure about what I was reading, and that was the information I found. I apologize for any consternation this tweet caused, and I was happy to take it down.

Then there was the Conservative MP who suggested lawyers who uphold the rule of law by representing controversial clients are an “utter embarrassment” to the justice system.

Although the appointment had been announced months earlier, Conservative MP Shannon Stubbs took to Twitter to denounce the appointment of a judge because he once represented Omar Khadr.

The Prime Minister has appointed Omar Khadr’s lawyer as a federal judge. This is a man who defended a confessed murderer and terrorist. This is an utter embarrassment for Canada and the Canadian judicial system. https://t.co/nBkeQ8OZdx

As lawyer Solomon Friedman explained in the National Post, Stubbs’ attack on the widely respected lawyer and academic demonstrates a “warped and misinformed view of the criminal justice system”:

“John Adams, John Diefenbaker and John Norris. They all have one thing in common — aside from their first names. They firmly believed in the right of every accused person to a robust and competent defence. That, no matter how the heinous the allegation, or unpopular the person, our system of justice withers when the state is not firmly put to its burden of proof.”