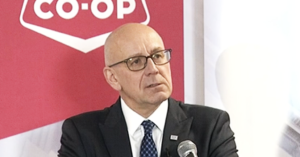 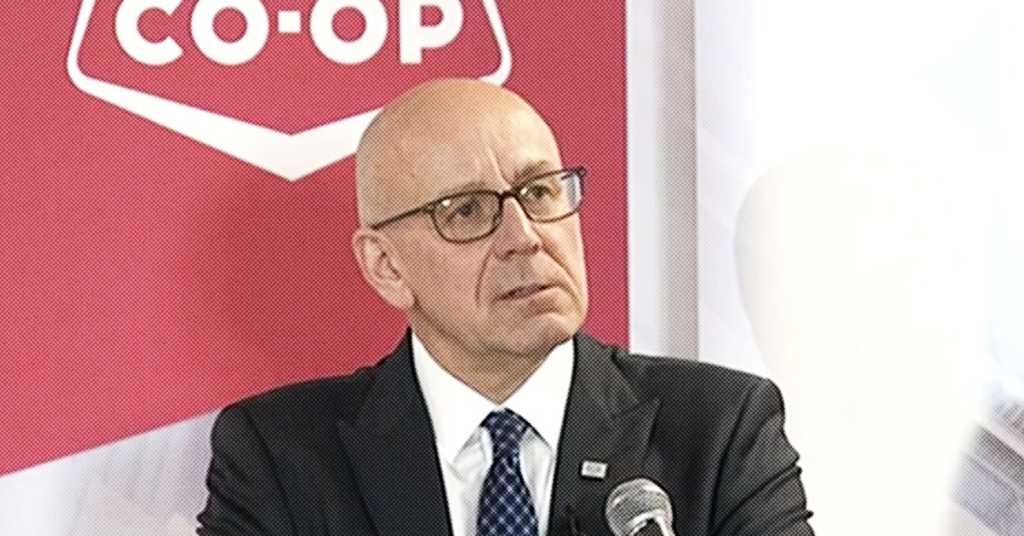 Co-op Says It’s Against Racism. They Didn’t Mention They Teamed Up With a Far-Right Group to Attack Workers.

The CEO of Federated Co-operatives Limited  says his company stands against “racism” and “racial injustice” in all its forms, despite the fact his company welcomed a well-known far-right group to a company event earlier this year.

“We all need to commit to taking action. These are short steps on what is a long road, but we commit to providing more opportunities in our organization to discuss racial injustice, to empower us to have difficult conversations and to support organizations and forums that address racism in our Western Canadian communities.”

But Co-op hasn’t always supported groups that share those goals.

Back in February, Banda gave a shoutout to the Yellow Vest group “United We Roll,” which has documented links to far-right figures and white supremacist groups.

According to the Canadian Anti-Hate Network, United We Roll is a spin-off group of Yellow Vests Canada, an online protest movement that largely consists of “the far-right including the most extreme anti-Muslim groups in Canada” and is known for displays of “overt racism and death threats.”

The Anti-Hate Network notes the main organizers behind United We Roll have themselves been key figures among the Yellow Vest movement.

Last January, after Co-op locked out Unifor Local 594 members at its Regina refinery in response to the union refusing demands for pension rollbacks, Unifor set-up secondary picket fences at a Carseland fuel terminal in Alberta.

In early February, United We Roll made a callout for an anti-union demonstration in Carseland. Only days earlier, members of United We Roll had posted memes online about running over picketing union workers.

“In planning actions against Unifor 594, United We Roll members advocated for violence against picketers,” Unifor tweeted at the time. “This has been known publicly for days. But Banda still thanked them.” 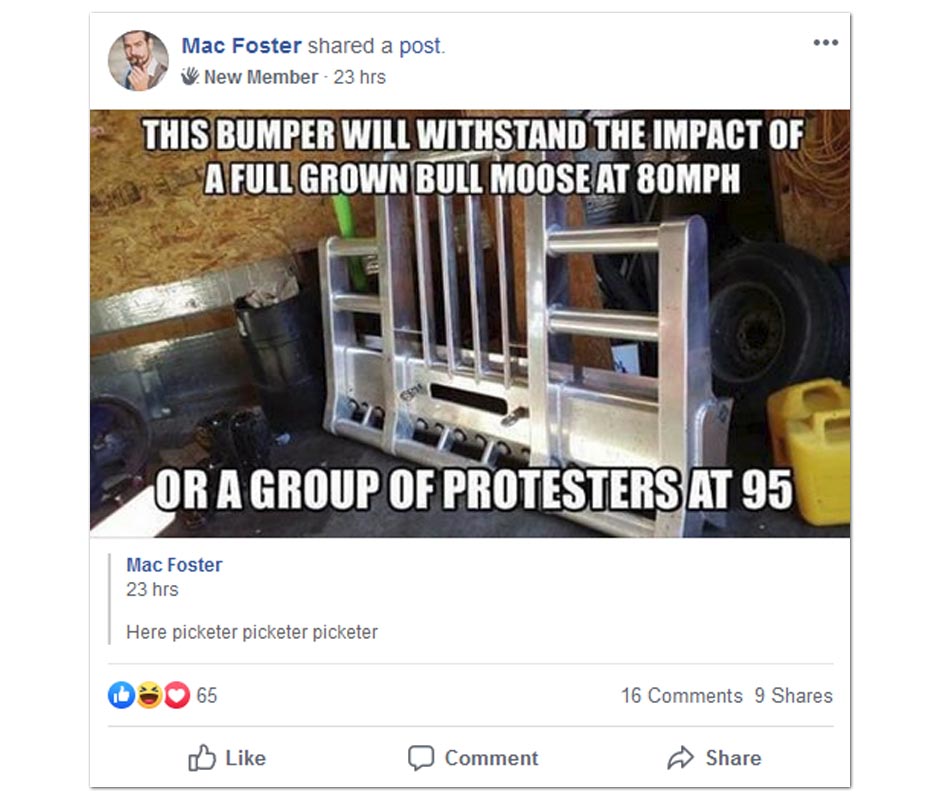 Co-op’s CEO later acknowledged the presence of the far-right group during a press conference and reportedly posed for photos with the group.

“I kind of noticed that United We Roll is here as well,” Banda said during his opening remarks, to a chorus of cheers.

After the media event, @CoopFCL trucks led the yellow vests and united we roll contingent, taking advantage of these threats of violence to cross the line at the Carseland Cardlock. pic.twitter.com/jp10Vfg90L

The Carseland facility was open to farmers and local residents, but these dangerous vigilantes, led by @CoopFCL, were here to protect the corporation, and to try to crush oil and gas workers. https://t.co/rLJ3D7XXRt pic.twitter.com/mTooRmQOwm

United We Roll recently helped boost an anti-lockdown protest that was organized by conspiracy theorists and anti-vaccine activists.

The Anti-Hate Network says United We Roll’s members have also been documented expressing support for far-right hate groups like the Canadian Combat Coalition, the Soldiers of Odin and the Worldwide Coalition Against Islam.

Other individuals associated with United We Roll who showed up to Banda’s press conference include individuals who have spread neo-Nazi propaganda and attended far-right anti-Muslim Pegida rallies.

At least one individual at the Co-op press conference wore a Yellow Vest, while another arrived in a truck decorated with a sign declaring “end the UN migration agreement,” a reference to a far-right conspiracy theory.

Co-op did not respond to multiple requests for comment from PressProgress.