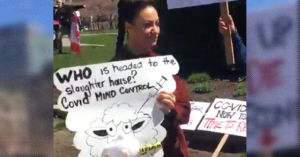 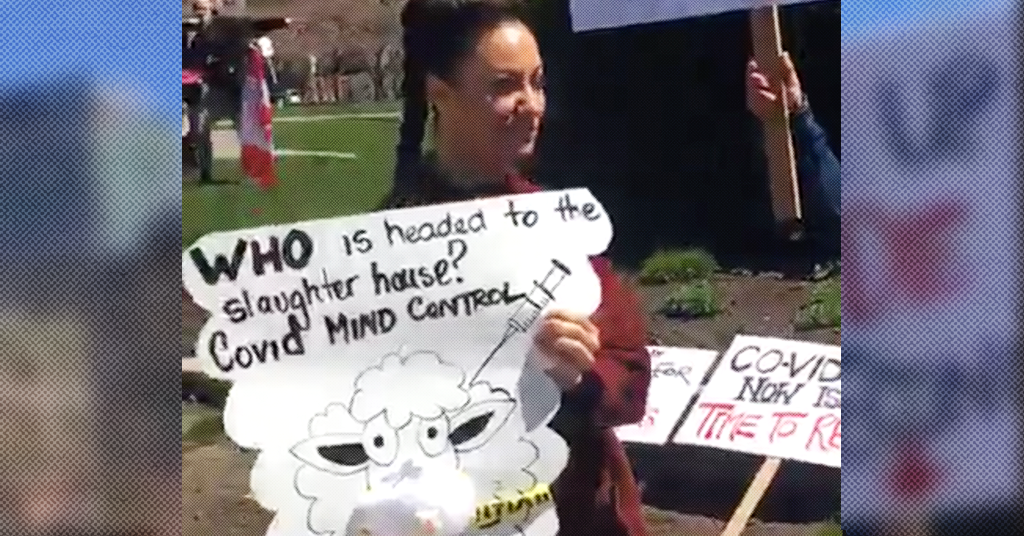 You’ve probably never heard of the “Free North Patriots” before, but in only two weeks, the group seemingly appeared out of thin air to organize several protests in cities across Canada against the COVID-19 lockdown.

“They are breaking the law and putting everyone in jeopardy,” Ford said. 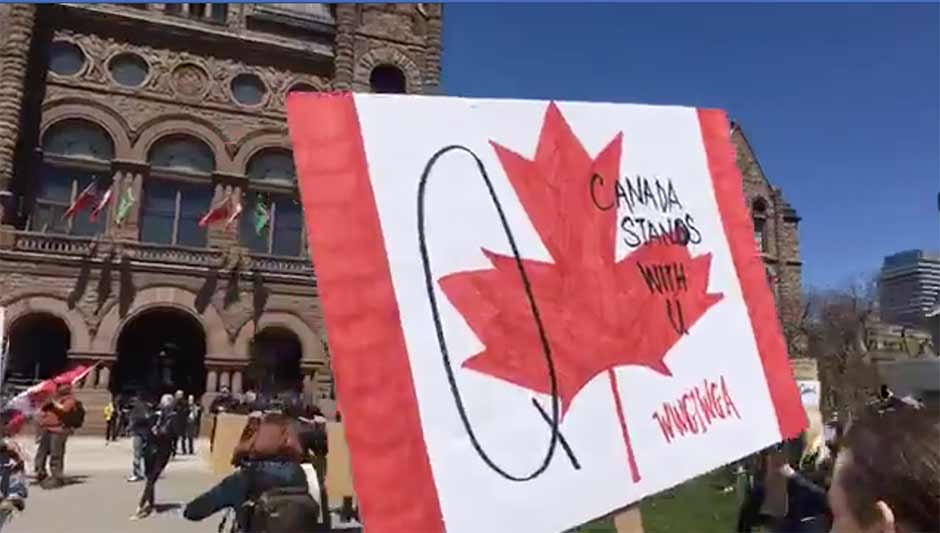 But it’s tricky figuring out who the “Free North Patriots” really are and what they’re really up to — the group’s responses to questions contain numerous inconsistencies and their leader operates under multiple names.

Barely a week later, the group began promoting “peaceful protests” in cities across Canada that would go on to be shared hundreds and hundreds of times. 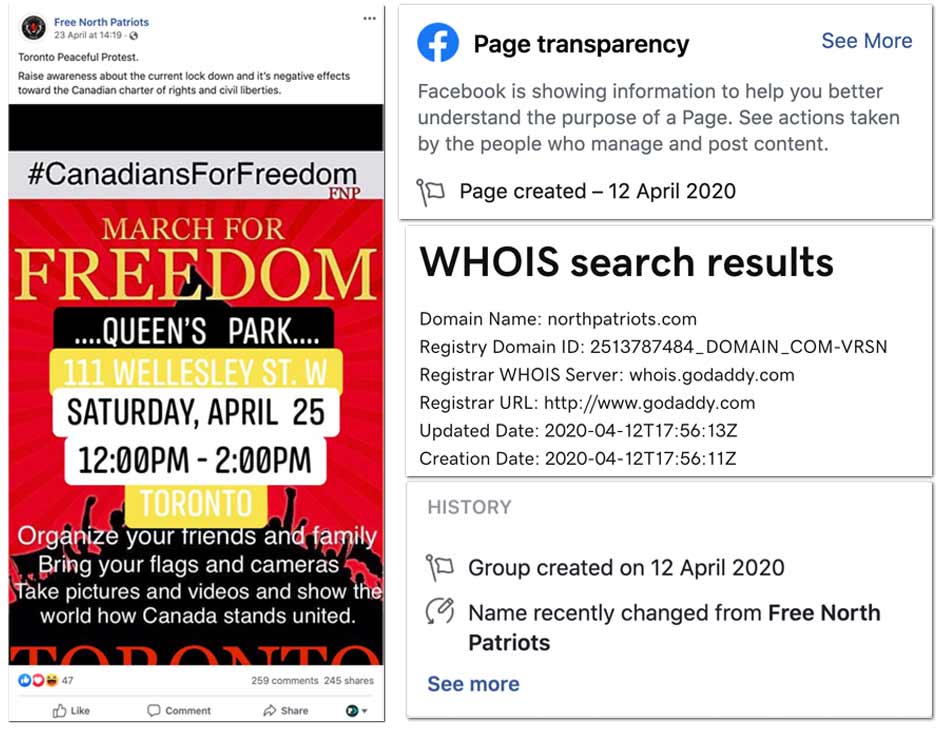 “We just saw the need that all the people are posting random opinion on random social media groups and they lacked structure,” an anonymous group member who answered an e-mail sent to their website told PressProgress.

“Our aim was to provide the structure and communication.”

Several FNP members identified a man named Michael Boutros as the group’s founder, lead organizer and creator of its website and social media accounts, although a glance at his social media activity raises several red flags. 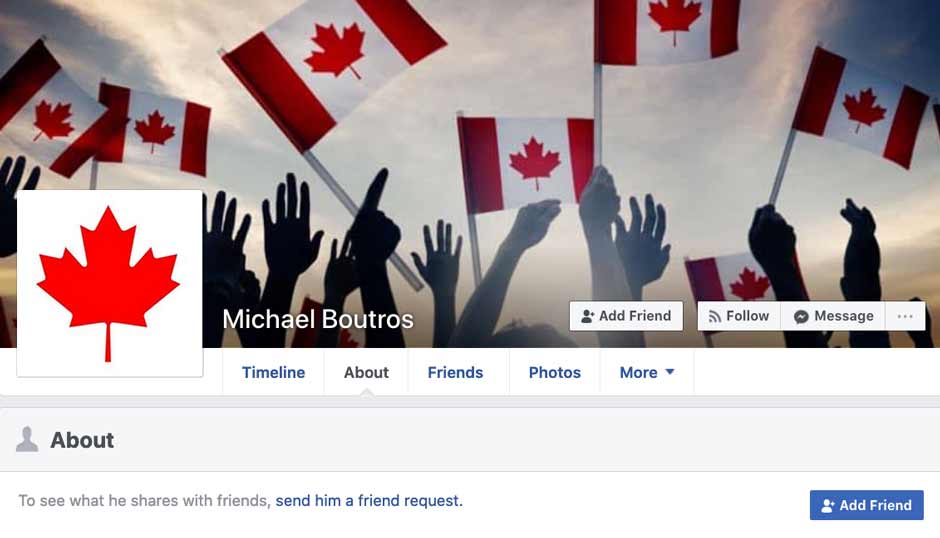 Boutros’ Facebook profile consists largely of Canadian-themed stock imagery yet he’s connected with individuals in Africa and the Philippines who don’t appear to speak English and have no apparent connection to Canada. But he insists there is nothing suspicious about that.

“I don’t have any followers on my profile that I know,” Boutros told PressProgress.

“Ever since I start, yes, the Facebook group, everyone is adding me,” he explained. “People I don’t know and random people … I have no interest in Facebook really.”

Boutros told PressProgress he “operates” a private security agency “specializing in lawful interactions and tactics” and “close proximity security,” but added that “most of the work is overseas.”

The Vancouver resident declined to provide the name of his company or his clients, but PressProgress independently confirmed he’s associated with a Scarborough company registered under the name “GCT Security and Investigations.”

That company, which advertises government-regulated training programs for private security guards and private investigators, has operated under several different names and websites in recent years.

(Ontario’s Ministry of the Solicitor General looked into the company’s license after being contacted by PressProgress. Nearly a week after this story was first published, a ministry spokesperson confirmed the company is a licensed training operator, but its name was only added to an official list of licensed training providers three days after publication. The company previously said they “100% have an agency license,” but refused to disclose their license number).

Logos of GCT Tactical and the Free North Patriots (Facebook)

Other members of Free North Patriots admit they have never actually physically met the man who is organizing their anti-lockdown protests.

Kyle Jefferson, one of the group’s Facebook admins, told PressProgress he first got involved in the group a few weeks ago after stumbling across the Facebook page and exchanging e-mails with Boutros.

Jefferson said Boutros “seems honest, but you can’t trust anyone these days.”

Another admin named Aaron said he’s only been involved with the group for a few weeks and believes Boutros is an “interesting” and “very cultured” person.

“We have not met in person,” Aaron said. “We have had quite lengthy conversations though. I know him better than I know many people I have met in person.”

Aaron, whose Facebook profile features images of his young children alongside text criticizing “mandatory vaccines,” said he first learned of FNP through another Facebook group he’s involved with.

Boutros claims he does “not hold any political views,” but his activity on Facebook shows he’s actively promoted his anti-lockdown protests in Facebook groups linked to conspiracy theories and far-right politics, such as Yellow Vests Canada.

“Joining social media profiles like the Yellow Vest does not indicate my support,” Boutros said. “It is simply an avenue to promote our plans as effectively as possible to as many Canadian citizens as possible.” 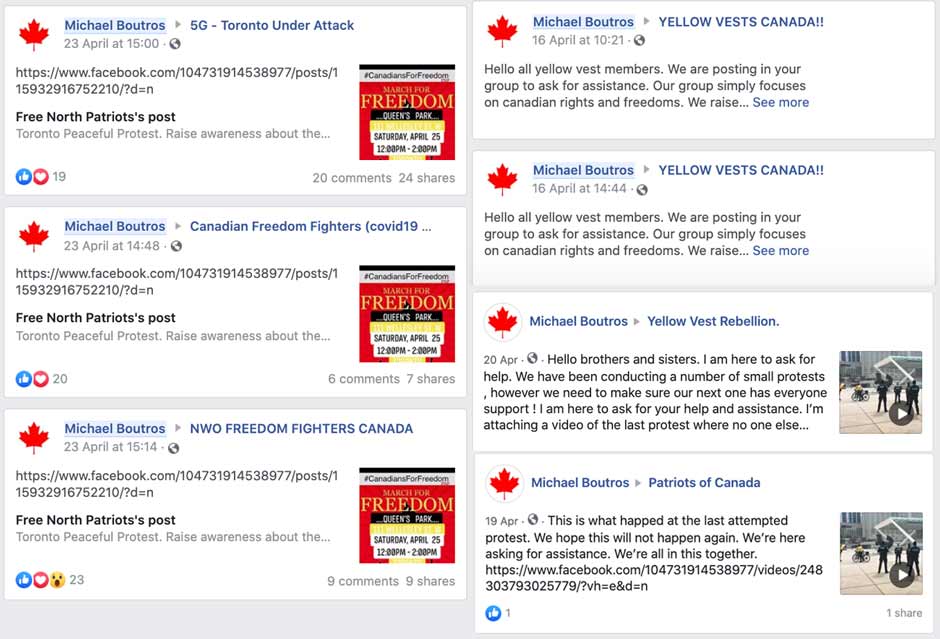 Boutros is quick to distance his group from supporters of conspiracy theories about an imagined connection between COVID-19 and 5G cell phone towers, insisting that their “views do not match ours.”

However, Boutros has also promoted a company that sells a special bracelet for $115 that is designed to block 5G signals from entering the human body.

The website 5Gblocker.ca states it is run by “GCT Group, a security & safety agency located in Toronto, Canada” and shares the same address as GCT Security and Investigations.

Sharon Trickett, the legal owner of “GCT Security and Investigations,” did not deny that she and Boutros were behind the 5G bracelet company: “All the information you need is on the 5Gblocker website. Nothing more I can add to that,” Trickett said.

The 5G bracelet is identical to one sold by a Nevada-based company called AlphaBio Centrix, who said they had never heard of GCT Group and never authorized them to sell their 5G Blocker bracelet.

“AlphaBio Centrix, R&D is the original designer and inventor of the 5G Bracelets,” CEO Richard Eaton told PressProgress. “We designed the products and had them manufactured for us, per our specifications, and photographed for online sales.”

“I was not aware of this company,” he added. “I will have our attorney look into this.”

Nearly 20 minutes after PressProgress contacted GCT Security and Investigations, Boutros suddenly changed his Facebook name to “Tony Anderson” and posted on his page that he works for a private bodyguard agency called “InSafe.”

Less than 30 minutes later, Boutros deleted that post and posted that he worked for a different company called “Cube Security.”

Several people connected to Free North Patriots or GCT Security and Investigations were unable to confirm Boutros was a real person, other than Trickett who said she has “met Michael in person, but not very often.”

She said she “hired Michael Boutros for his expertise” on a “temporary” contract to help with “several different companies and training platforms” that she runs.

“Michael Boutros’ personal life is in no way associated with any of my companies or my business associates,” Trickett told PressPorgress.

Despite numerous questions about his true identity, Boutros’ supporters insist that “the citizens of Canada are behind them.”

Aaron, one of FNP’s Facebook admins, told PressProgress he sees no irony in the fact that he appears more skeptical of vaccines than he is of a man he met two weeks ago online who operates under multiple names.

“I am skeptical of all things … A critical mind does not stop asking questions,” Aaron replied, before declining to answer further questions. 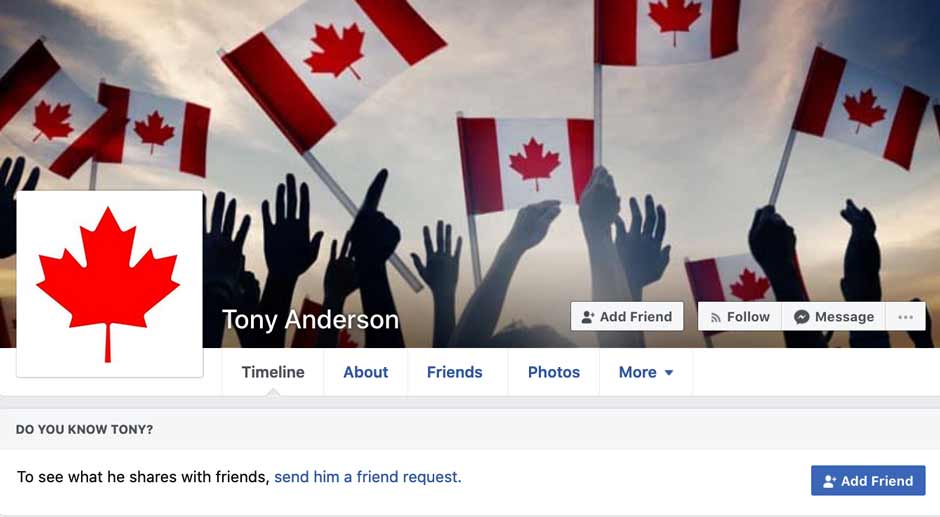 Update: Following publication of this story, Ontario’s Ministry of the Solicitor General confirmed the company ”GCT Security and Investigations” is indeed a licensed training agency, however, a ministry spokesperson noted the company was only formally listed on May 1, 2020 — three days after this story was first published.

The spokesperson said their listings are generally updated ”15 days” after a company’s application for a license is approved. The spokesperson also noted other names the company advertises services under, including “Guard Courses” and “Ontario Security & PI License Centre,” are not listed as registered training agencies.