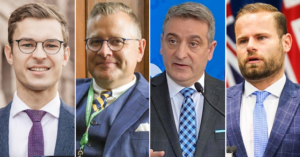 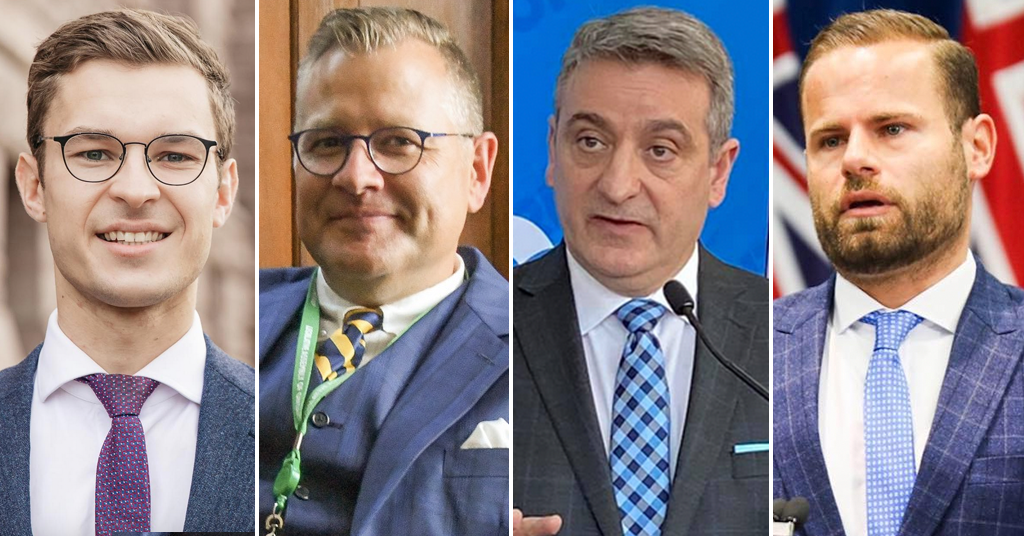 Campaign Life Coalition, an extreme social conservative advocacy group that aims to criminalize abortion and devotes itself to opposing what it describes as Canada’s “culture of death,” has released its latest “voters’ guide” for Ontario’s 2022 provincial election — and the list includes some high-profile names.

In fact, three Ontario PC candidates are listed as indicating there are no circumstances in which they believe women in Ontario should have access to abortion services, other than a life-or-death medical intervention.

Niagara West candidate Sam Oosterhoff, Markham-Unionville candidate Billy Pang and Durham candidate Todd McCarthy all answered “no” to a question in a survey circulated by Campaign Life which asked: “Are there any circumstances under which you believe a woman should have access to abortion?” 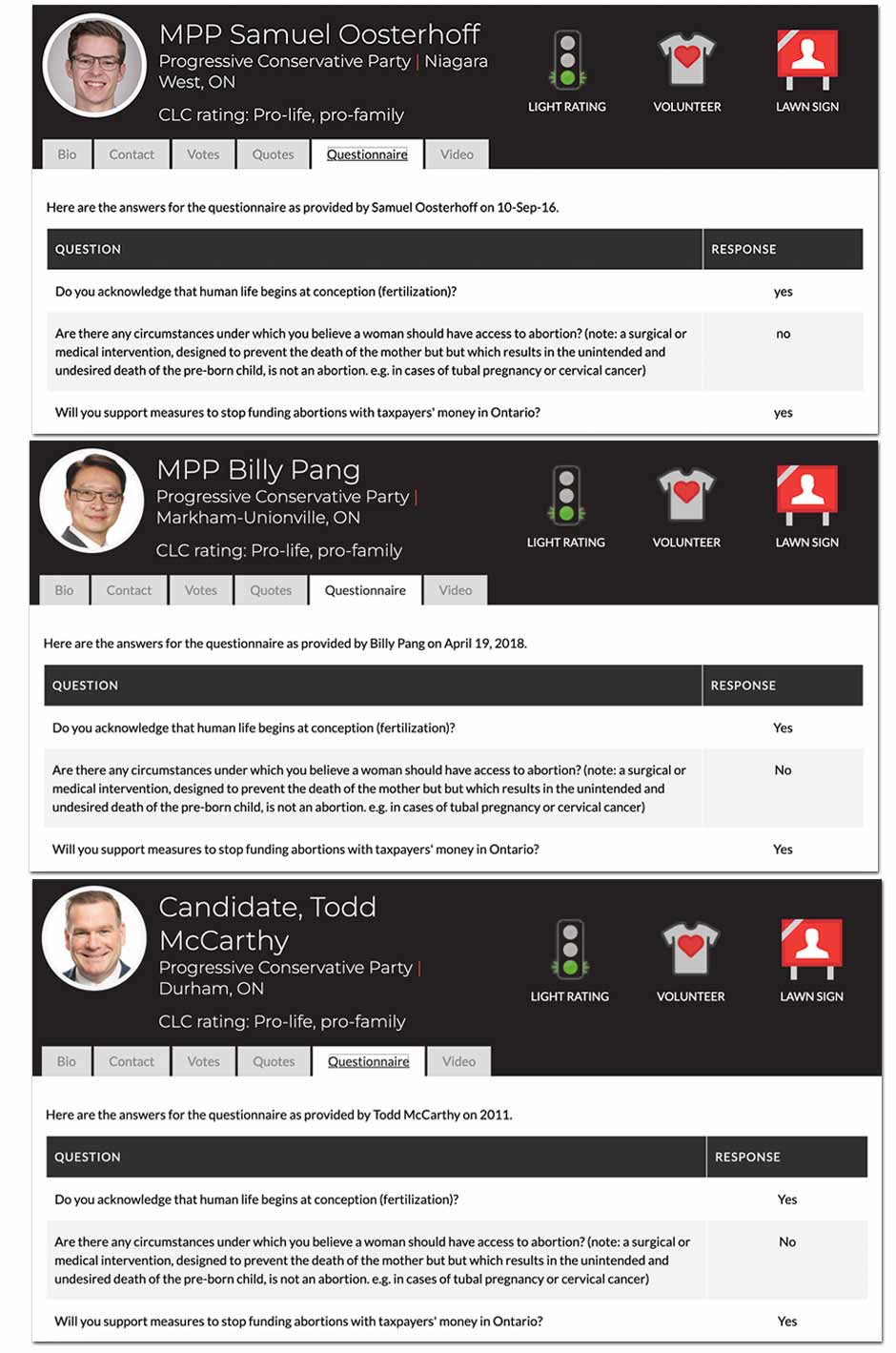 Campaign Life drew on questionnaire responses from past elections in determining which candidates to endorse, with Pang’s 2018 response being most recent.

The three Ontario PC candidates did not respond to requests from PressProgress seeking to clarify their positions on abortion and whether there is any scenario whatsoever in which they believe women should be allowed access to abortion services — for example, in scenarios involving sexual assaults.

The list contains the names of several other Ontario PC candidates who are being endorsed by the anti-abortion group.

Will Bouma (Brantford-Brant), served as Ford’s parliamentary assistant and recently faced heavy scrutiny after PressProgress reported on his involvement with a magazine that encouraged kids to “reject the homosexual lifestyle.”

According to Campaign Life, “Bouma declined to fill out CLC’s 2018 questionnaire, but he spoke at a pro-life rally at Queen’s Park in May.”

Paul Calandra (Markham-Stouffville), who served as Ford’s Minister of Long-Term Care, is noted as having a “perfect voting record on life & family issues,” including his vote against a bill brought forward by the Ontario NDP to protect hospitals and healthcare workers from “harassment” over “public health measures relating to COVID-19.”

David Piccini (Northumberland-Peterborough South), is also being endorsed by the anti-abortion group.

While Piccini did not respond to a questionnaire and abstained or was absent for a number of key votes in the legislature, Campaign Life explains that they endorsed him based on a one-on-one they had with him in the past: “In conversation with a CLC leader at that time, he was deemed to be pro-life.”

Daisy Wai (Richmond Hill), the parliamentary assistant to Ford’s Minister of Seniors and Accessibility, was also endorsed following a one-on-one with the anti-abortion group: “During a conversation with a pro-life leader, it was determined that Daisy is solidly pro-life and pro-family.”

Angela Kennedy (Beaches — East York) is not being supported by Campaign Life, despite her long history of anti-abortion activism and telling the group she would vote to defund abortions and believes there are no circumstances in which women should have access to abortions.

Campaign Life categorizes Kennedy as a “dissident Catholic” and explains she is “not supportable” due to her support for the “Kathleen Wynne-imposed, child-abusive, radical sex-ed curriculum.”

Although Campaign Life was one of the social conservative groups that helped Ford win the Ontario PC leadership in 2018, the anti-abortion group says it is not endorsing him because he is “totally corrupt”and a “non-practicing Christian.”

“Doug Ford has proven himself to be totally corrupt and a perpetual flip-flopper,” Campaign Life’s voting guide says. “He has made a career of betraying the pro-life, pro-family voters who helped him win first the PC Party of Ontario leadership, and then the general election.”