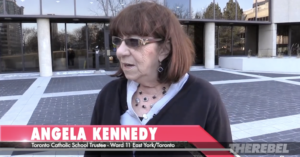 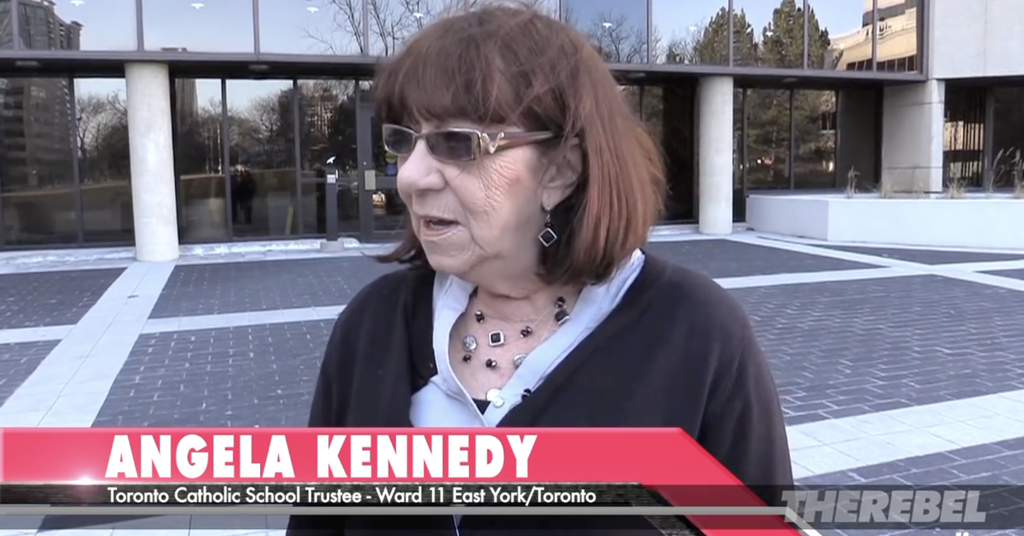 Angela Kennedy, the Ontario Progressive Conservative candidate in the Toronto riding of Beaches – East York, was greenlit to run as a candidate for Doug Ford’s party despite previously backing calls to defund abortions.

The issue of abortion rights has emerged as a major issue in the wake of revelations about a US Supreme Court draft document showing the court, stacked with Republican judges, is preparing to overturning Roe v Wade, a ruling which guaranteed constitutional protections for abortion.

While opposition leaders vowed to secure and enhance access to abortion services, PC leader Doug Ford reiterated his plan is to maintain the status quo by keeping things “exactly the same” – though he remained vague about whether he’d welcome anti-abortion candidates in his party.

Kennedy, a controversial Catholic school trustee, is one such candidate. 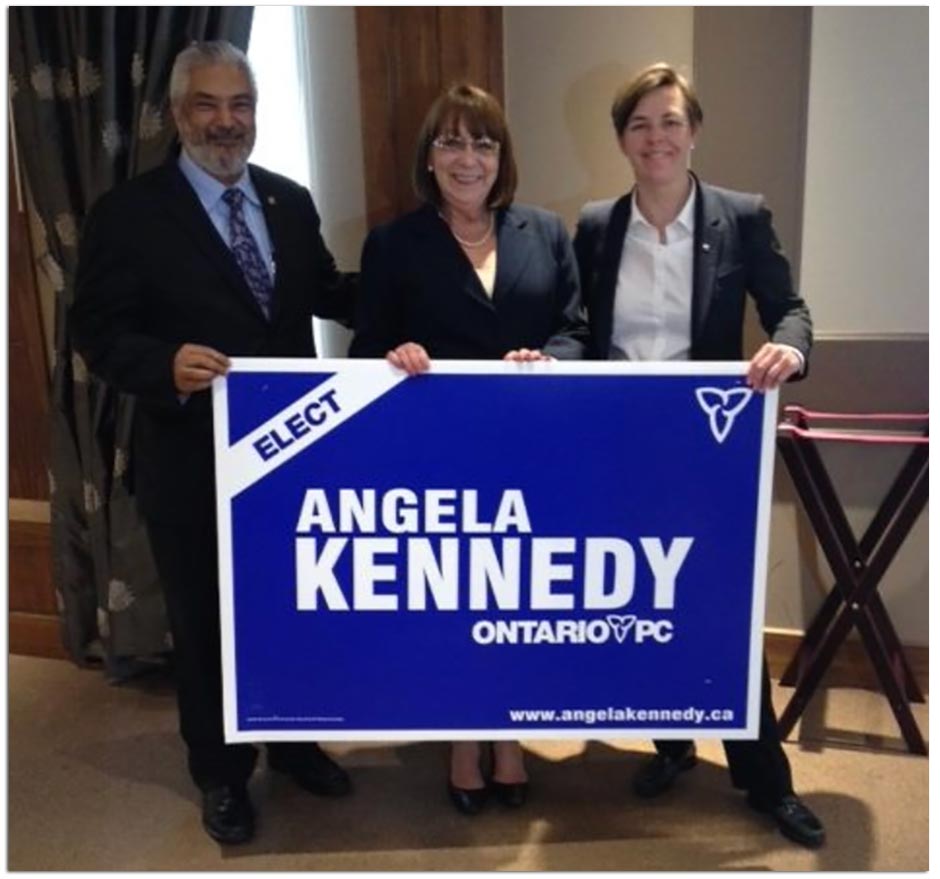 In a 2015 interview with the far-right Rebel Media website, Kennedy acknowledged her reputation as an opponent of abortion rights, claiming she was a victim of religious discrimination.

In a 2003 interview with a social conservative newspaper called The Interim, Kennedy discussed her views when she first ran for the Tories in the same riding, explaining: “My faith guides all areas of my life.”

Kennedy told the newspaper that she would support the defunding of abortion if such bills were brought to the floor. 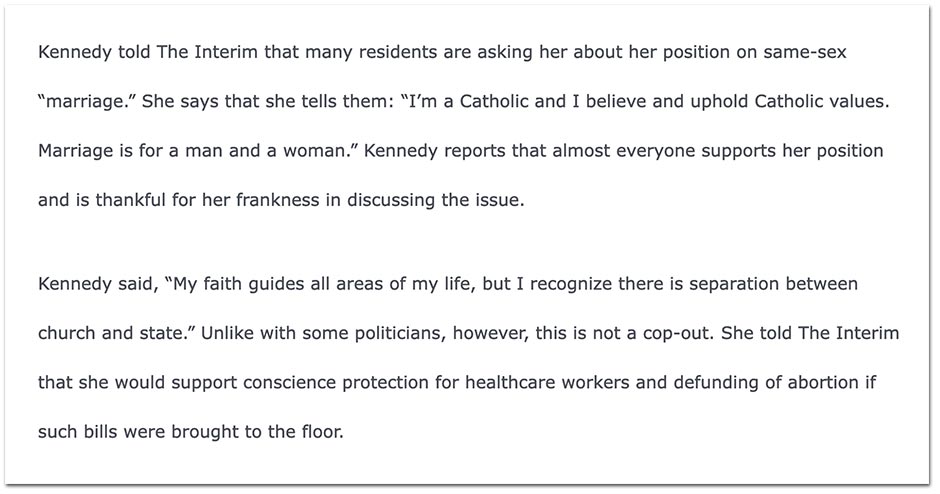 The PC candidate also stated that “marriage is for a man and a woman” and was identified as a loyal ally of so-called crisis pregnancy centres, which are typically located near abortion clinics and often use deceptive practices to persuade women into reconsidering abortions.

“It would hurt low-income people and youth the most and delay their care while they try to raise money,” Arthur told PressProgress. “Delays lead to increased medical risk. So this also means it impacts Charter rights of bodily security and gender equality.”

Kennedy again made the news in 2015 when she, as board chair, opposed the provincial governments sex-ed plan – saying the changes “contradict Catholic teachings.” Kennedy also reportedly opposed provincial anti-bullying legislation that stopped schools from banning Gay Straight Alliances. Kennedy later walked back her positions on GSAs and sex-ed in 2018.

That same year, the Toronto Star noted, Kennedy also voted against “HPV vaccinations for young girls and is opposed to abortion” when Toronto City Council opposed a bid to add her to the Toronto Board of Health.

Neither Kennedy nor the Ontario PC Party responded to requests for comment about the candidate for Beaches – East York’s positions on abortion.

Kennedy also told The Interim she supported the then-PC government’s Education Tuition Tax Credit – which could help parents pay tuition to private schools – because “parents have the right to choose who will share the responsibility of educating our children.”

After backing a ban on “teachers’ strikes” – Kennedy made headlines reportedly for moving a motion, as a trustee, to lock out Toronto Catholic District School Board’s teachers.