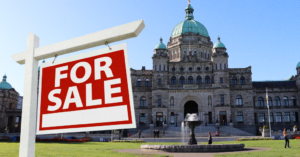 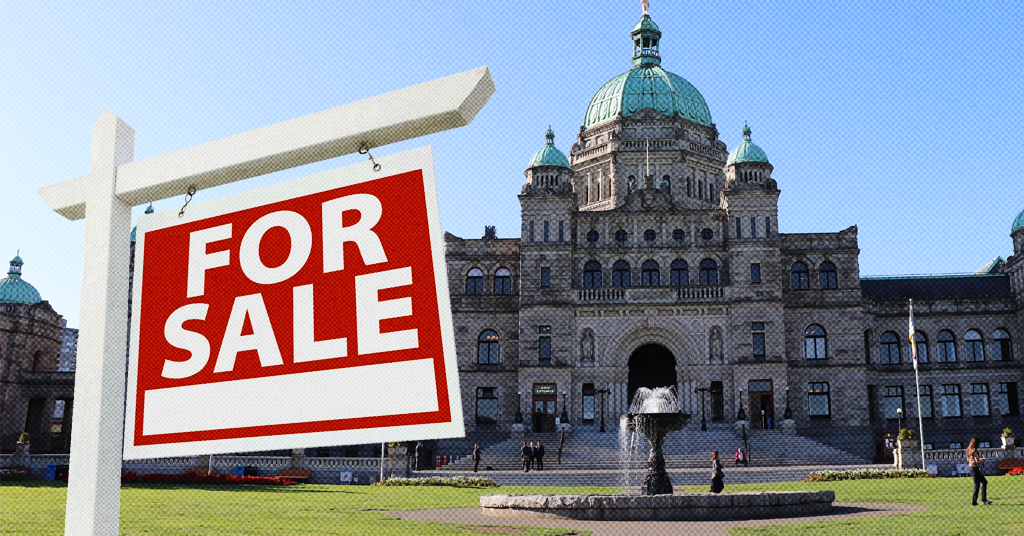 The Urban Development Institute, which lobbies to curb renters’ rights and cut taxes for the rich, is calling on members to oppose pro-rep

As British Columbians cast votes in a referendum on whether the province should stick with its Victorian-era first-past-the-post system or change to a modern proportional voting system, the head of BC’s biggest real estate lobby group is appealing to real estate developers to stick with the status quo. 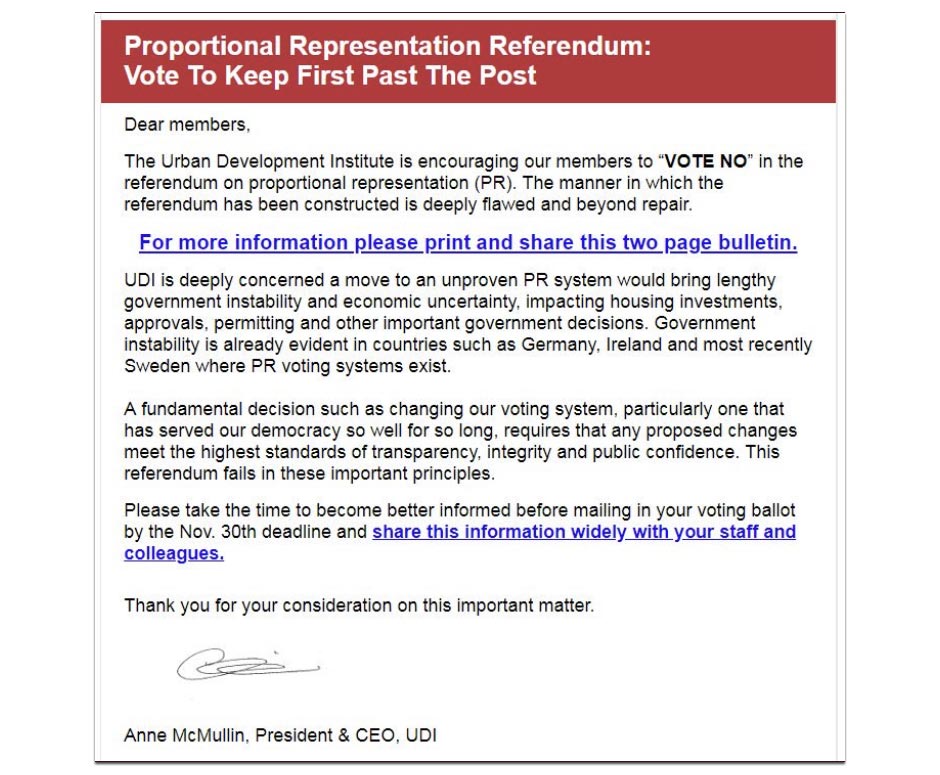 The UDI describes itself as the “voice of BC’s real estate industry” and regularly lobbies the BC government on behalf major real estate firms.

Last summer, the group begged the BC government to let landlords hike rents for the province’s struggling renters and spoke against any future increases in protections for renters’ rights under the province’s Residential Tenancy Act.

The UDI also opposes BC’s popular speculation tax and wants the provincial government to cut taxes for people who own real estate worth over $3 million in the province’s wealthiest neighbourhoods. The powerful lobby group also criticized the Land Owners’ Transparency Act, a piece of legislation designed to clamp down on tax fraud and money laundering in BC’s real estate sector.

Leading UDI directors include Jon Stovell, whose company is currently trying to evict tenants from a 15-storey apartment building in Vancouver, recently claimed proportional representation has turned Sweden into a “train wreck” and predicted “intolerant parties” could end up “calling the shots” if BC adopts pro-rep (outside of BC’s three big parties, the vote share of all other parties combined during the last provincial election amounted to less than 2%).

PR Train Wreck in Sweeden. NDP/Green peeps do do you really want to have Intolerance parties sitting across from you in the legislature and maybe even calling the shots. Careful what you wish for: https://t.co/PC2lL7qApL

Earlier this year, a group of four UDI-affiliated companies announced plans to replace nearly 400 residential units with expensive high-rise condos in Burnaby. The plan is expected to displace thousands of renters.

Other real estate corporations represented on the UDI board include Hollyburn Properties, a company that evicted dozens of tenants from a Vancouver apartment building in 2010, as well as Rize Alliance, a firm known for trying to replace affordable housing units with luxury condos in Vancouver’s Downtown Eastside.

Also on the UDI board is Beedie Developments Vice President Houtan Rafii, whose company unsuccessfully tried to get permission to construct a luxury apartment complex in the heart of Vancouver’s historic China Town. The company’s founder Ryan Beedie is a major BC Liberal donor as well as a top-tier donor to the official campaign against election reform in BC.

Several other real estate giants have also publicly called for votes against electoral reform. Developer and Vancouver Canucks owner Francesco Aquilini said he is “opposed” to proportional representation and claimed that modernizing BC’s dysfunctional electoral system is a “terrible idea.”

Proportional Representation in B.C. would create more problems than it is supposedly meant to solve. I agree with this @BIVNews editorial about why changing our current electoral system is a terrible idea.https://t.co/073DP27mj4

In 2014, Aquilini’s property company kicked out residents from a historic apartment building in order to construct a plush 11-storey tower primed for wealthier clients.

#ProportionalRepresentation means a louder voice for regular people, & less influence from lobbyists & donors. And groups who have grown accustomed to power in govt are getting worried their easy street is about to become a dead end.”#pr4bc #ProRep #bcpoli #millenials4pr https://t.co/o1efogrVXo

While  in government, the BC Liberals received around $12 million in donations from real estate firms, many of them linked to the UDI. Conveniently, real estate lobbyists were able to exercise powerful influence over the BC Liberal government’s housing policy. Christy Clark’s government was known for implementing developer-friendly policies and taking slow action on rising numbers of “renoviction” projects in Vancouver.

The BC Liberal administration was also accused of turning a blind eye to money laundering and tax-fraud schemes connected to the real estate industry.

In 2016, lawyer and researcher Richard Kirkland told the Vancouver Sun: