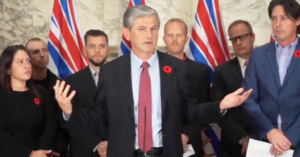 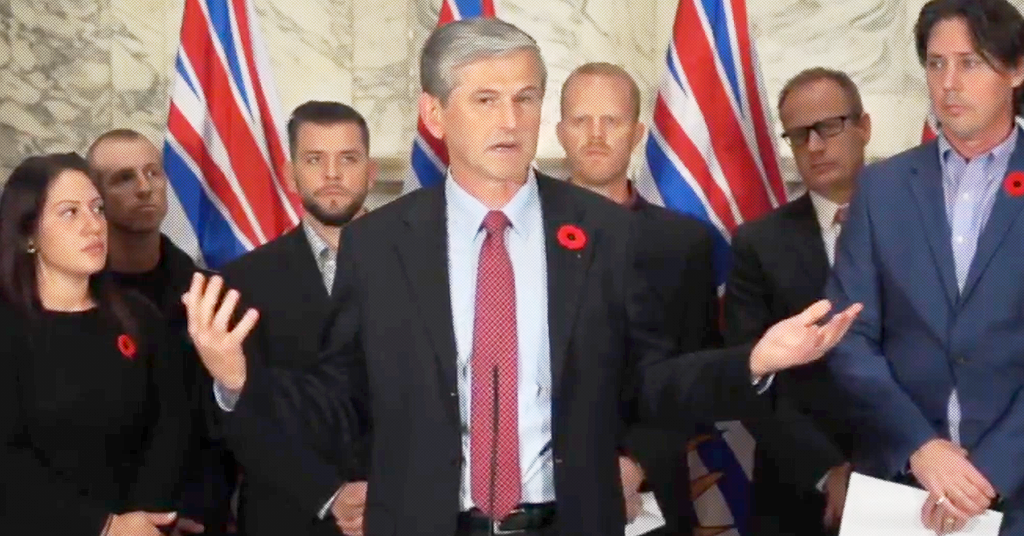 Yesterday, BC Liberal leader Andrew Wilkinson joined leaders of the Alberta-headquartered Progressive Contractors’ Association at the BC Legislature for the launch of “Money Well Wasted”, a campaign targeting BC’s Community Benefits Agreement with bogus numbers.

The CBA guarantees that public infrastructure projects in British Columbia will create better paying jobs for local workers, better training and apprenticeships, as well as more trades opportunities for Indigenous people and women in a number of public construction projects.

Appreciate the support of @Wilkinson4BC as coalition of workers and industry groups come together at BC leg calling on @jjhorgan gov’t to scrap its #infrastructure rules that are unfair to hardworking BC #taxpayers and #workers. @clacunion #bcpoli #fairandopenbc #moneywellwasted pic.twitter.com/hkXg68aS4w

The PCA is an anti-union advocacy group led by CEOs and executives in the construction industry.

The group is also a major donor to the BC Liberals and a proud supporter of Ontario premier Doug Ford who just passed legislation to gut Ontario’s labour laws.

We are looking forward to working with @fordnation to solve the problem of labour monopolies in the #construction industry! #onpoli https://t.co/z4ILav7chp

Even though the CBA is supported by a number of unions and local businesses, the PCA insists it “isn’t right or responsible” for the BC government to hire unionized workers for public infrastructure projects.

In a series of Twitter posts, the PCA’s campaign attacked the CBA using recycled graphics produced by the Independent Contractors and Builders Association (ICBA), a big business lobby group.

In another tweet, the anti-union group also claimed the CBA will add “30% to construction costs” on unionized projects like the Patullo Bridge replacement.

Restrictive agreements increase taxpayer cost by up to 30% for public infrastructure projects. We think that is #moneywellwasted and we are taking action. You can too. Visit https://t.co/1j8a35S8s3 for more information. #bcpoli #fairandopenbc pic.twitter.com/HvP6qaQD2T

It’s not clear where the group got that number from. They cite a pamphlet published by an social conservative think tank called Cardus, except that pamphlet offers a broad guesstimate of “anywhere from two to 25%,” not 30%.

Cardus is a somewhat dubious source on labour issues. The think tank describes itself as “rooted in Christian thought” and once argued unions should stop focusing on collective bargaining and organize social events for their members instead.

The BC government says it expects only a “4-7 percent” increase for the Patullo Bridge budget and that the extra costs are to help pay for apprenticeship programs. BC currently has a shortage of skilled labour and industry professionals say apprenticeships are needed to fill the growing demand for  more construction workers.

Based on its bogus numbers, Cardus recommends splitting up the CBA workforce into what it calls “traditional” and “alternative” unions – a union-busting tactic which allows so-called “employer-friendly unions” to undermine the bargaining power of unions who represent employee interests. 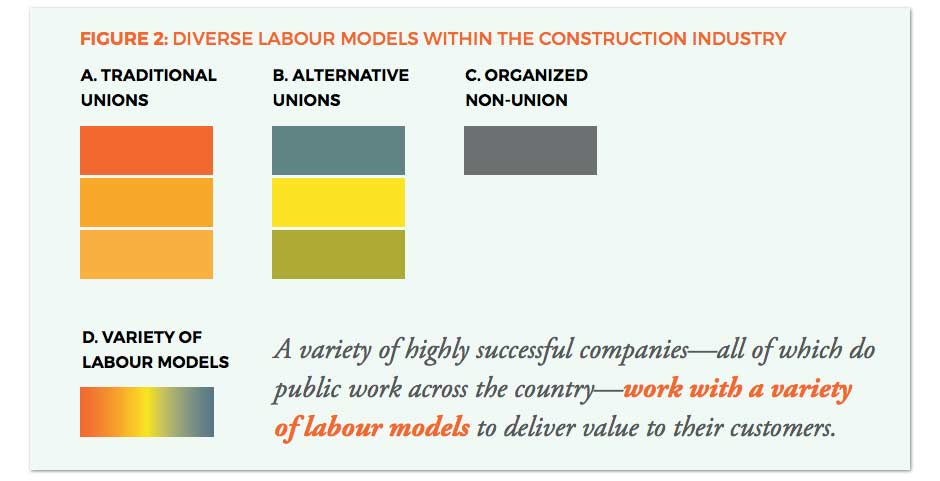 The “Money Well Wasted” campaign also falsely suggests that “85%” of BC’s construction workers are ineligible to work under the CBA because they don’t already belong to the “union cartel” that employees are required to join while working on BC’s public infrastructure projects – except no local workers are excluded from joining the union and working under the CBA.

Forced unionization does not align with Canadian values. Tell @jjhorgan that his new CBAs aren’t right by going to https://t.co/7JYKXmOJu9 and submitting a letter! #moneywellwasted #bcpoli #fairandopenbc pic.twitter.com/Jz7tLl09Vx

This campaign isn’t the first time the PCA has attempted to wield political influence in BC.

Although the PCA insists on its website that it is not “anti-union,” the group gave more than $56,000 to Christy Clark’s BC Liberals, known for ripping up union agreements with healthcare workers, passing legislation making it easier for companies to exploit child labour, and sparring with the BC Teachers’ Federation and the BC Federation of Labour.

The PCA’s chairperson, Jeff Watt, is the president of Ledcor, a major construction firm that has donated a total of $334,000 to the BC Liberals since 2006.

Keeping in step with the PCA’s anti-union messaging, the BC Liberals recently launched their own attacks against the CBA. In a caucus statement, Liberal Jobs and Trade Critic Greg Kyllo admitted “unemployment rates in B.C. remain low, but that’s because the NDP has added 20,000 public sector jobs.” However, he claimed that public sector workers hired under the CBA “add nothing to the economy” (economic studies actually show that robust public sector employment has important redistributive effects and stimulates demand in other sectors.)

The campaign is also supported by the Christian Labour Association of Canada, a self-described “independent, all-Canadian labour union” which, according to academics and union activists, helped employers undermine pay and conditions for workers in BC.