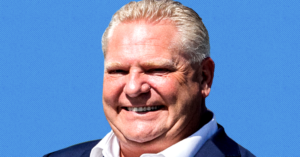 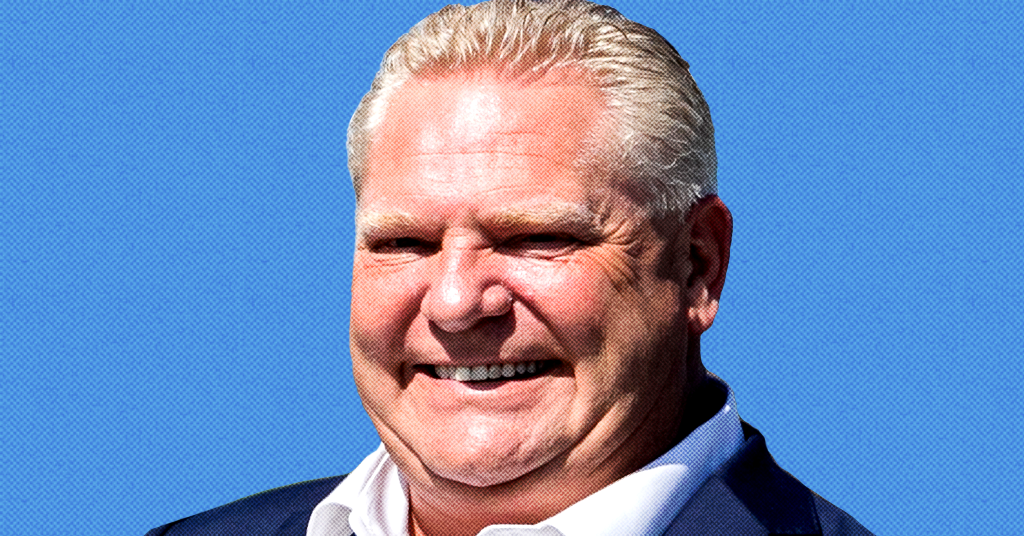 Doug Ford ran for office under the slogan: ‘For the People’

Under the Ford government’s proposed legislation, workers will lose paid sick days, labour laws will be gutted to restore exploitative practices and make it harder for workers to unionize, and to top it all off, Ford’s government is planning to cancel the $15 minimum wage increase set for January 1 – a move that will cost low-wage workers nearly $2,000 per year.

Many of the changes to Ontario’s labour laws announced Tuesday have been actively pushed by business lobbyists.

In a statement, the Ontario Federation of Labour and Fight for $15 and Fairness campaign said Ford’s move to cancel the minimum wage increase reveals the empty hypocrisy of his “For the People” campaign slogan.

⁦@ChrisBuckleyOFL⁩ – “There were no consultations held with community leaders or workers prior to the repeal of #Bill148. Where is the transparency from our ‘for the people’ government? #shame #onpoli #15andFairness pic.twitter.com/ep0mbFQjG4

“In addition to cutting the minimum wage, the government is also planning to repeal two meager paid sick days, right to equal pay for equal work as well as fairer scheduling rules,” the groups said.

“By taking away these basic protections that put more money in the pockets of low wage workers, the government will hurt women, workers of colour and newcomers the most.”

Here’s a few of the key changes announced by Ford’s government Tuesday:

Before: Bill 148 guaranteed all workers 10 “personal emergency leave days” for illness, injury or other emergencies each year, including two paid days of leave.

Now: Ford’s government is repealing paid sick days and reducing emergency leave from 10 days to three sick days, two bereavement days and three days for family responsibilities. Ford is also changing the law to give employers the power to demand evidence that workers aren’t faking an illness to get unpaid leave.

Before: In a move to crack down on precarious work and other exploitative practices, Bill 148 prohibited employers from misclassifying their workers as self-employed “independent contractors.”

Now: Ford’s government says it is “repealing the requirement for the employer to prove that an individual is not an employee,” making it more difficult to prove if an employer is misclassifying its workers.

Before: To address workplace discrimination and the rise of precarious work, Bill 148 prohibited employers from paying one worker less than another if they are doing substantially the same job and use the same skills (with exceptions for seniority or performance pay).

After: Ford’s government will repeal equal pay provisions based on employment status, effectively opening the door to employers relying on cheap, precarious labour to do the same work as full-time employees for less pay.

After: Ford’s government will deny workers compensation for shifts cancelled last minute, strip them of their ability to decline last minute shift changes and allow employers to require workers to be on-call even on their days off. Workers will also no longer have the right to request changes to their schedule or work location.

After: Ford’s government is ending several provisions that removed barriers put in place to make it harder for workers to unionize, including repealing card-based certification in several industries, repealing rules requiring employers to share lists of workers with unions and repealing provisions to speed up the process for first contracts.

Before: In an effort to reverse the trend of stagnating wages and restore purchasing power to workers in low-wage jobs, Ontario was scheduled to increase the minimum wage from $14 per hour to $15 per hour on January 1, 2019.