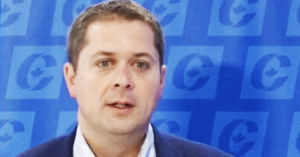 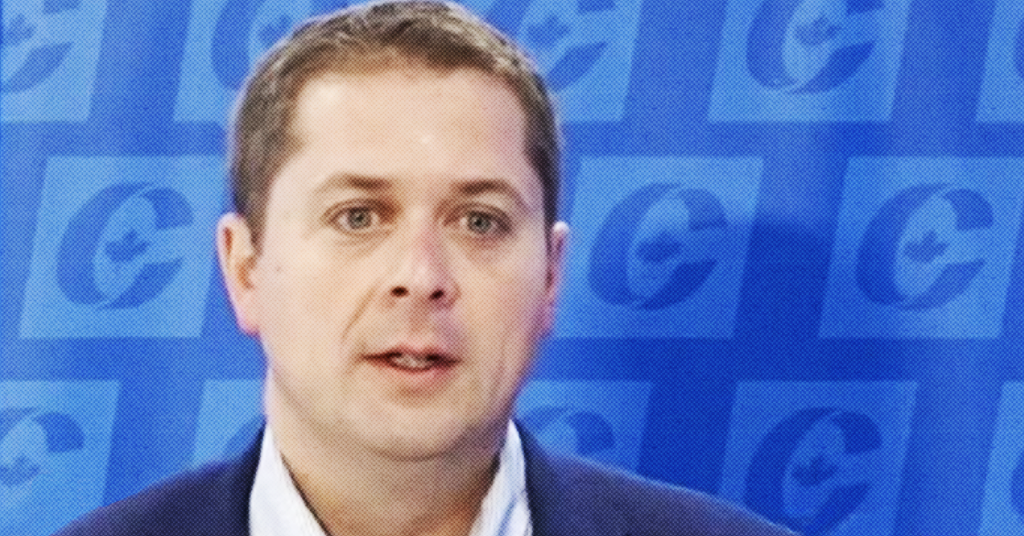 Earlier this summer, the evangelical anti-abortion group MY Canada organized a special webinar on “strategic mobilization” to help “get great candidates elected in this fall’s federal election.”

Part of that training session included instructions to “download C2G (CIMS 2 Go),” an internal mobile app used by campaign workers to send personal data on voters  back to the Conservative Party’s national headquarters. 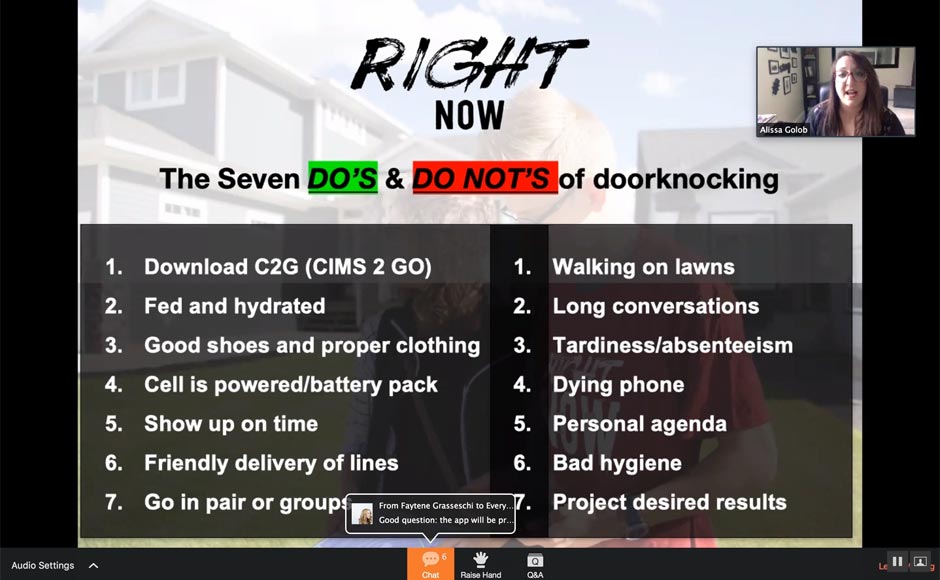 The webinar was hosted by Alissa Golob of RightNow, an anti-abortion group that has worked to stack riding-level nominations across the country in an effort to run a slate of anti-abortion candidates under the Conservative banner in 2019.

Scott Hayward, RightNow’s co-founder, said the group itself is “not in contact with any political party,” but it does coordinate with individual candidates who share the group’s goal of “electing a pro-life majority.”

One video shared in the webinar features an image of nine Conservative MPs along with text that reads: “The more pro-life MPs we elect, the more votes we will have to start passing pro-life legislation.” 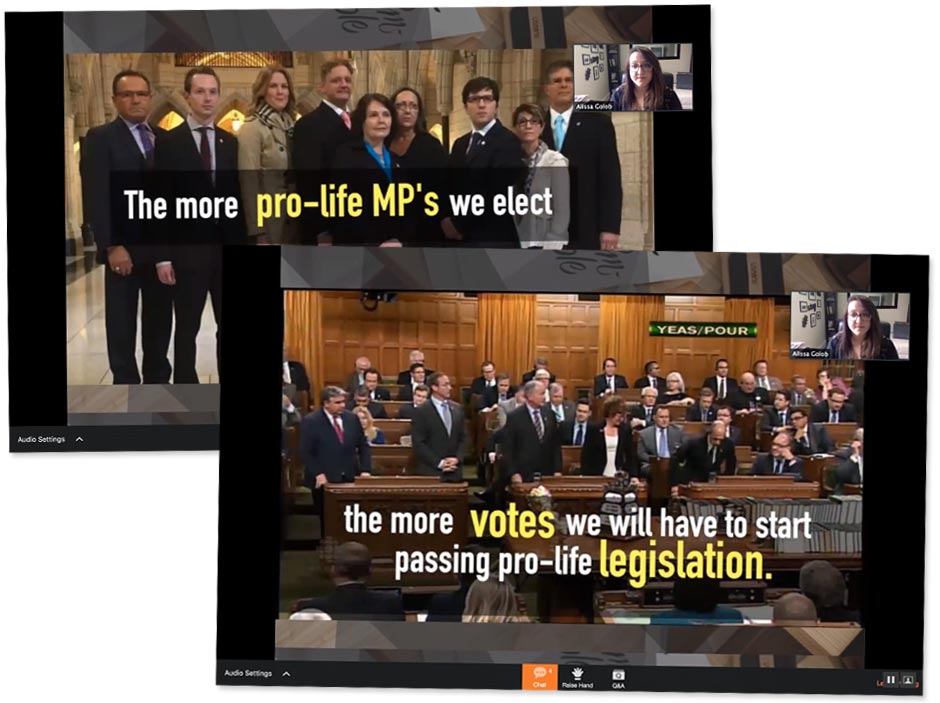 Golob told the webinar that doing voter identification work for candidates is “one of the easiest things you can possibly do” to advance the anti-abortion cause.

“You’re not arguing or debating with neighbours about policies about abortion,” Golob said. “All you’re there to do is identify supporters for that candidate.”

In a section titled “do’s and do not’s,” Golob included a slide that lists downloading a little known Conservative Party app as her number one thing to “do.”

“Each party will, more than likely, have an app that you will download that will help identify supporters,” Golob explained. “You have an app that you just go into, you log in — it’s very simple. You click ‘yes’, you click ‘no’ next to the person’s name. It’s automatically uploaded and it saves a lot of time for the campaign.”

“If you do have a smart phone or a tablet that you can use, make sure you bring it to the campaign office so you can use whatever app that they have.” 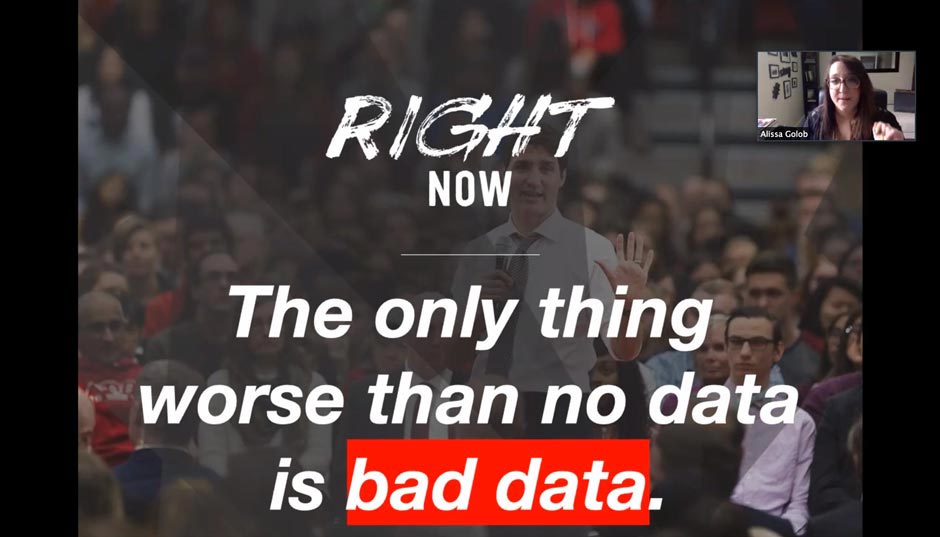 “You knock on the door,” Golob elaborated, “you say something like: ‘Hello, my name is Alissa. I’m a volunteer with the Sam Oosterhoff campaign. Just wondering if Sam can count on your vote this election?’ If they say ‘yes’ you mark it down, if they say ‘no’ you mark it down and then you say ‘thank you’ and you move on.”

Hayward told PressProgress that they only “use the C2G app as an example,” noting other parties use similar tools. He said RightNow would direct activists to work for any anti-abortion candidate “regardless of party affiliation.”

Asked if his group directs anti-abortion activists to work for any parties other than the Conservatives, Hayward responded that “the NDP and Liberals actively disallow pro-lifers for running for their parties.”

In a recent interview, Hayward stated “our goal at RightNow” is “to build towards a pro-life majority,” adding: “We know under an Andrew Scheer leadership with the Conservative Party of Canada that those pieces of legislation could come forward.”

Hayward confirmed showing the same slide telling activists to “download C2G” at other training sessions, though he stresses the “example” was strictly non-partisan: “I did not say for people to download one app or other.” 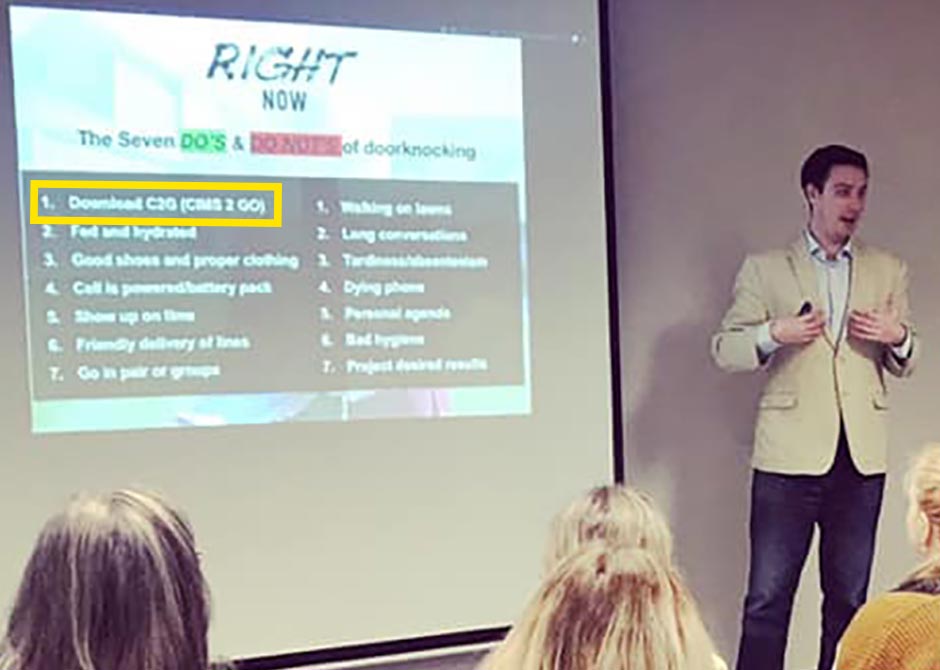 RightNow presentation in Windsor, Ontario (May 2019)

Conservative Party officials say the anti-abortion group is not authorized to provide trainings on campaign tactics or their app on the Party’s behalf.

Party officials are tight-lipped about how their internal app works — officials have previously refused to confirm or deny it even exists.

Georganne Burke, a top advisor to Andrew Scheer, told CBC News the app allows door knockers to see the “names, addresses, party allegiances or past donations” of local residents in their area.

Asked if anti-abortion activists would be able to access phone numbers, e-mails or other sensitive personal info on residents in their neighbourhoods through the app, the Conservative Party would only say it does “not share data with any groups and no outside group has access to C2G.”

“We take the security of our data very seriously,” Hann told PressProgress. “Only Conservative volunteers authorized by National Headquarters have access to the system.”

The Conservative Party did not provide further examples of security measures they have in place to prevent activists from misusing data accessed through C2G. 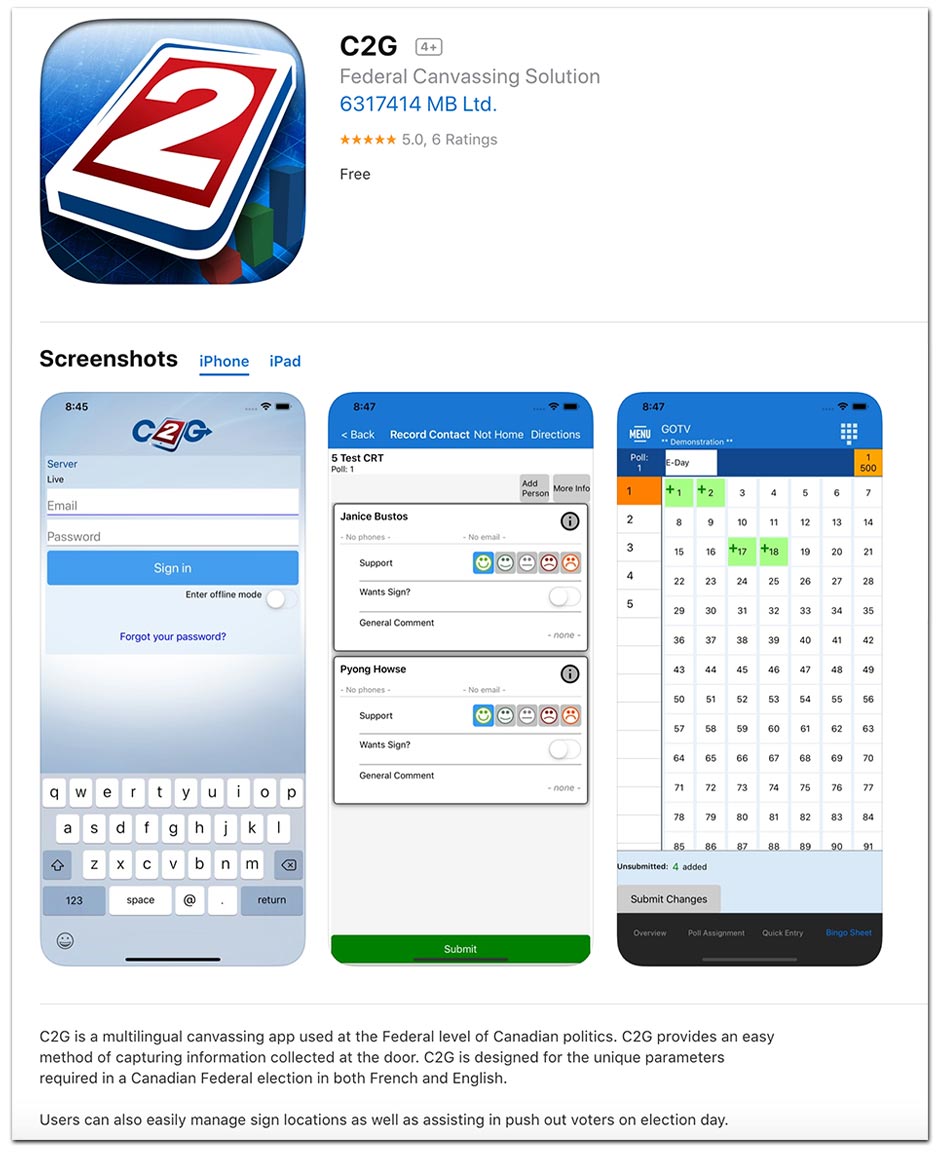 The Conservatives have struggled to explain their position on abortion — this week, a top Quebec MP was forced to walk back statements claiming Scheer would not reopen the abortion debate. In fact, Scheer would allow his MPs to table legislation that restricts the reproductive rights of women.

For their part, anti-abortion groups say they hope to keep their campaign work for Conservative candidates on the down-low.

“If they ask us: ‘Why are you here? Why are you helping?’ You can honestly say why you’re there: ‘you’re a pro-life candidate and I’m pro-life and I want to make sure you get elected’.”

“But don’t push that personal agenda at the door,” she warned.