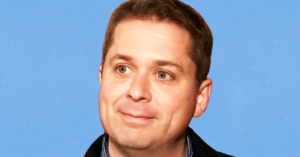 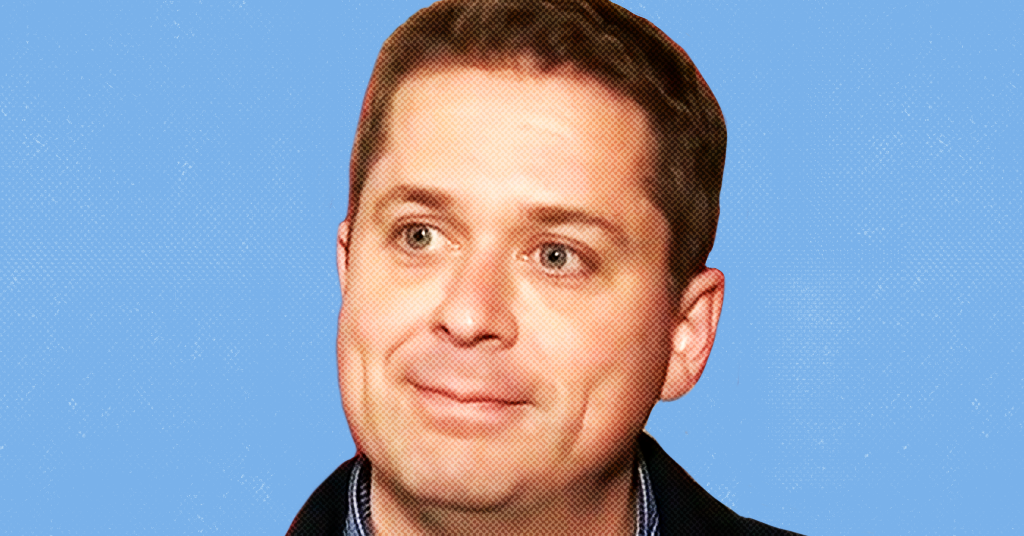 Conservative leader Andrew Scheer likes to tell everyone he wouldn’t reopen “divisive social issues” like abortion or LGBTQ rights if he becomes the next Prime Minister.

But he also says he would allow any MP to vote freely on those very same “divisive social issues,” putting the rights and freedoms of millions of Canadians in the hands of the random personal opinions of Conservative MPs.

That’s concerning, because a troubling number of Conservative candidates — both first-time candidates and long-time MPs — have expressed views about LGBTQ Canadians that are way outside mainstream opinion.

Despite making national headlines in 2011 calling for Vancouver’s Pride Parade to be “banned,” Purewal somehow managed to pass the Conservative Party of Canada’s vetting process in 2019.

In a now-deleted tweet, the Conservative candidate wrote: “Vancouver’s so-called ‘Pride Parade’ should be banned. It is vulgar … to say the least!”

“My view was if I’m not able to take my family to an event, if I can’t take my kids to an event simply because of the sexuality at display,” then it should be banned, Purewal added.

Welcome Shinder Purewal to the Conservative Team! The momentum is building for our positive Conservative vision – SHARE the good news! #cdnpoli pic.twitter.com/vXz6QUQ80b

Michael, who served two terms as a trustee on the Halton Catholic District School Board between 2010 and 2018, was one of two trustees who voted against overturning a ban on students forming Gay-Straight Alliances — school clubs designed to prevent bullying against LGBTQ students.

At the time, the Toronto Star reported Michael saying she voted against the GSA motion because the Catholic Church “takes exception to the homosexual lifestyle.”

Leung is a vocal supporter of “conversion therapy,” a pseudo-scientific practice designed to “cure” LGBTQ people, but Scheer only tried to drop Leung as a candidate after a video surfaced of her calling the LGBTQ community “perverted” and warning “homosexuals recruit” school children.

However, Elections Canada said it’s too late to change the ballot papers, meaning that Leung’s name will appear as the Conservative candidate in the Vancouver-area riding. Reports indicate, Leung is still canvassing using Conservative election signs and campaign materials.

Melek was nominated to run for the federal Conservatives in December 2018, despite being rejected by Ontario’s Progressive Conservatives over homophobic comments she made via social media.

“There are many anti-gay / LGBT and even sterilization posts that make this candidate extremely controversial and problematic. I don’t think I can stress enough that this candidate should not be approved,” a PC staffer warned the party.

According the internal report, Melek endorsed the right of businesses to refuse service to LGBTQ people based on their gender identity or sexual orientation, and supported conversion therapy. She also claimed Ontario’s sex-ed curriculum was being pushed by “militant LGBT activists.”

Welcome Ghada Melek to the Conservative Team! The momentum is building for our positive Conservative vision – SHARE the good news!#cdnpoli pic.twitter.com/rktFjjNqVI

Khanna faced calls to resign after a homophobic Facebook post he wrote in 2010 resurfaced during the election campaign. In the post, Khanna used a homophobic slur in reference to an unknown person’s college admission.

Not every homophobic Conservative candidate who passed the party’s vetting process is a new recruit.

A videotape from 1991 found in an abandoned conservative office in Saskatchewan showed Lukiwski, who previously served as Scheer’s shadow minister for Western Economic Diversification, and former Premier Brad Wall at a boozy campaign party.

“There’s As and there’s Bs,” Lukiwski told the camera. “The As are guys like me. The Bs are homosexual faggots with dirt under their fingernails that transmit diseases.”

Lukiwski said he regretted his comments, explaining the words “do not reflect the type of person that I am.”

In 2013, Falk floated a theory — without any evidence — that a gay teenager “staged” an act of bullying to promote the importance of Gay-Straight Alliances in schools.

“Whether that was staged we don’t know,” Falk said, referring to slurs directed at teenager by other students during the middle of an interview with CBC News.

Falk was also among a group of Conservative MPs who refused to stand during a public apology to LGBTQ Canadians in Parliament in 2017.

Earlier this week we had a #surprise birthday party for @AndrewScheer. Happy 40th! I look forward to celebrating your 41st when you’re Prime Minister! #ScheerVictory pic.twitter.com/a9dwyefnJE

“How many legs would a dog have if you counted the tail as a leg? The answer is just four. Just because you call a tail a leg doesn’t make it a leg. If this bill passes, governments and individual Canadians will be forced to call a tail a leg, nothing more.”

Scheer told reporters last month he would stand by any Conservative candidate  who made racist and homophobic comments so long as they “take responsibility” and “apologize.”

When asked if he would apologize for his own comments about same-sex marriage, Scheer himself refused to apologize.

To be a leader for all Canadians, the Conservative Party leader should now end his lifelong boycott of Pride events and explain whether he would still deny same-sex couples the right to marry, as he said in Parliament. pic.twitter.com/5WEyja6Ov5