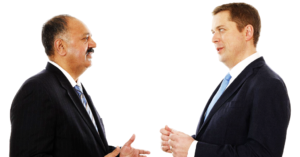 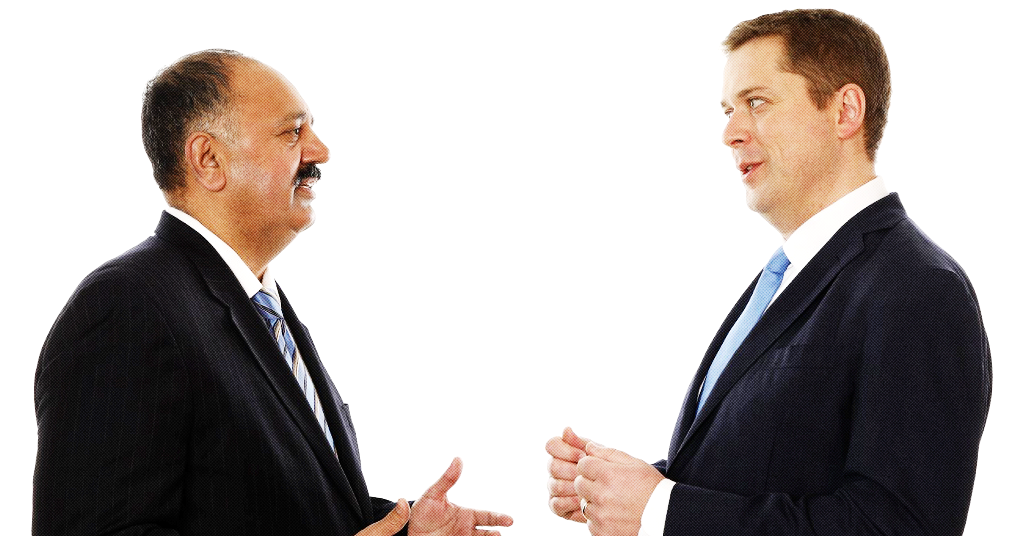 The Conservative Party of Canada green-lighted a candidate in British Columbia who made national headlines calling for Vancouver’s Pride Parade to be “banned.”

In October 2018, the Conservatives welcomed Purewal to their team by holding him up as a “good news” story illustrating the party’s “positive Conservative vision.”

Welcome Shinder Purewal to the Conservative Team! The momentum is building for our positive Conservative vision – SHARE the good news! #cdnpoli pic.twitter.com/vXz6QUQ80b

But Purewal’s name has not always been associated with “good news.”

For one thing, the Kwantlen Polytechnic University political science professor made headlines across the country over what was described as homophobic remarks.

In a now-deleted 2011 tweet, Purewal stated: “Vancouver’s so-called ‘Pride Parade’ should be banned. It is vulgar … to say the least!”

Clarifying his remarks to the Public Eye, Purewal described pride parades as a “vulgar display of sexuality.”

“My view was if I’m not able to take my family to an event, if I can’t take my kids to an event simply because of the sexuality at display,” then it should be banned, Purewal added.

Purewal also told CBC News that “a lot of people in our society wouldn’t want to see that display downtown.” 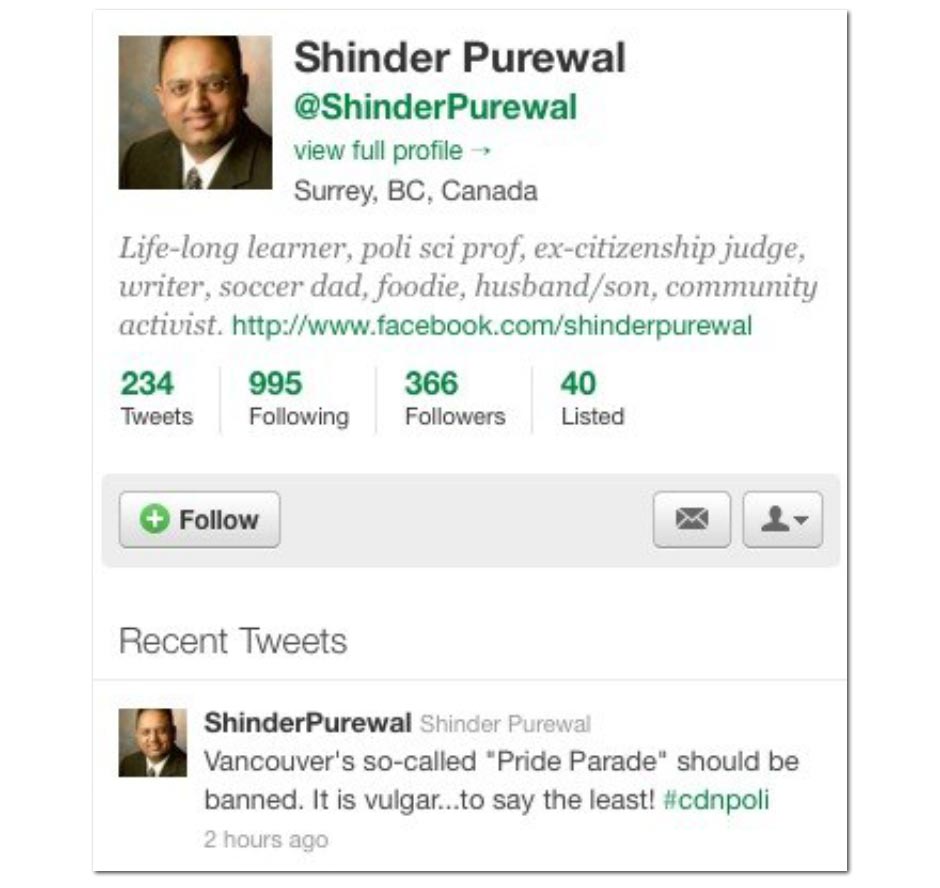 Purewal did not respond to multiple requests for comment from PressProgress seeking clarification about his current thinking on the subject.

A cached copy of his account shows it was still active as recently as September 10.

At the time, Purewal attempted to walk back his tweet, telling the National Post he supports same-sex marriage but objects to the “explicit sexuality” of pride parades.

“When these things appear on TV they give you warning,” Purewal complained. “It is very much explicitly sexual and if you want to parade and be all-inclusive when even families are welcome, that part of the parade should be taken off.”

Purewal noted that women also struggled for their rights, yet unlike pride parade participants, suffragettes did not feel the need to flaunt their sexuality.

“Women had to fight for the right to vote and the fight to be recognized as persons,” he explained to the National Post. “They didn’t go out walking naked and saying: ‘Look, we are women, see us’.” 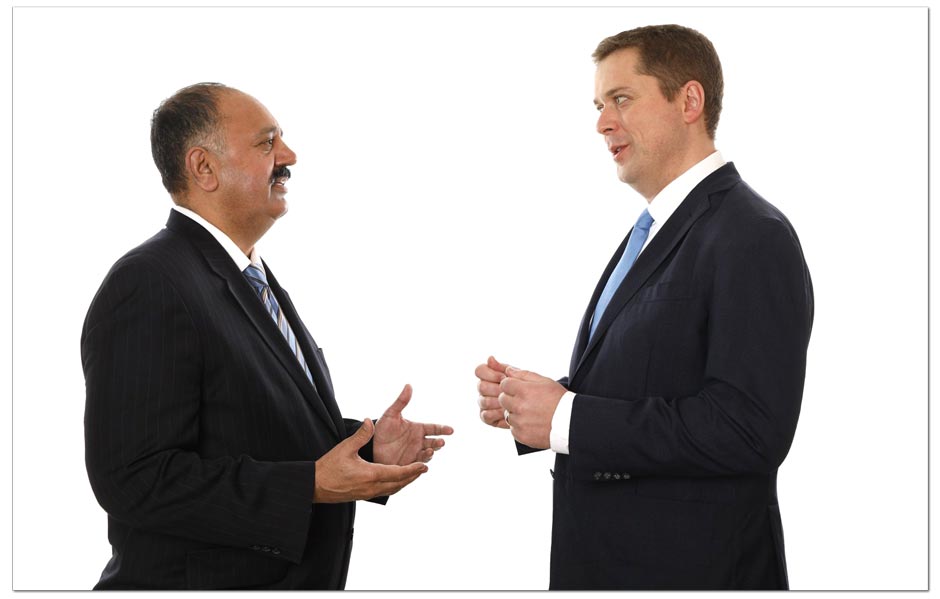 The Conservatives have vowed to prevent a steady stream of embarrassing stories about controversial candidates like those that afflicted the party in 2015 through a comprehensive vetting process.

Yet on just day one of the 2019 campaign, the Conservatives punted a candidate after PressProgress unearthed their secret anti-immigrant Facebook account.

Another, Mississauga-Streetsville candidate Ghada Melek, was green-lighted to run for Scheer’s Conservatives even though she failed to pass the vetting process for the Ontario PCs, who flagged her as “extremely controversial and problematic.”

In fact, Purewal was disavowed by his own university.

Kwantlen University, where Purewal is a political science professor, tweeted in 2011 that Purewal’s “statement regarding Pride Parade does not represent” the values of the university community.

“Once you start saying, ‘Well this part of it is bad,’ it allows people to think, ‘Well then the other part is bad’ and it’s just going to lead to more homophobic attitudes.”

Conservative officials did not immediately respond to questions from PressProgress about whether they were aware of Purewal’s remarks and if they disavow them.

The Conservative candidate provided no response when asked if he was willing to apologize for his remarks.

Update: Following publication of this story, a Conservative spokesperson forwarded a statement from the Party to PressProgress which states:

“Shinder Purewal was the Liberal Party of Canada’s candidate of record when he made those comments in 2011.

In those articles, Mr. Purewal makes it clear that he supports LGBTQ rights.”