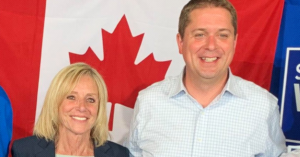 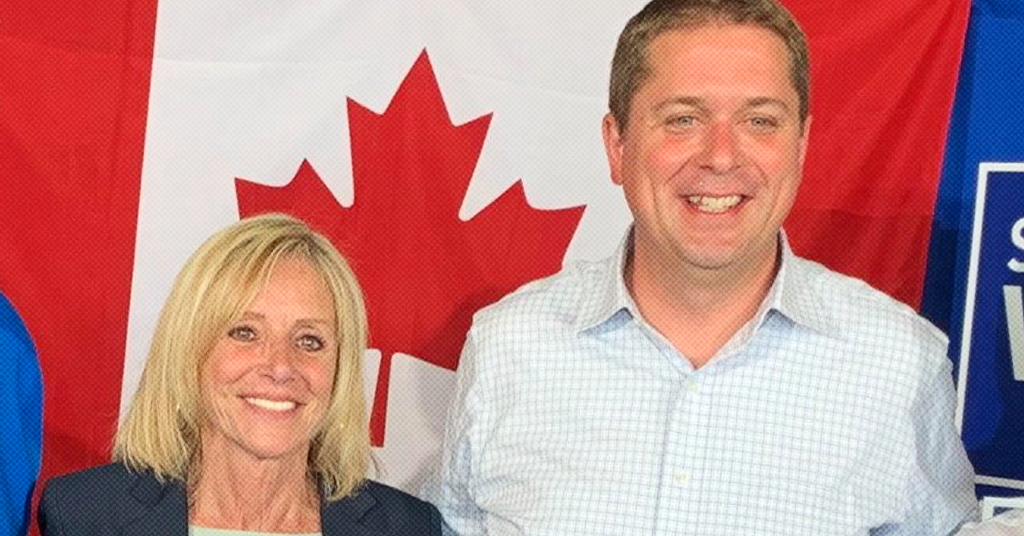 “They force people to be labelled as gay ... I don’t think sex clubs should be in school”

One of Andrew Scheer’s candidates spent years voting against initiatives to stop bullying against LGBTQ kids and vaccinate young girls for HPV.

Jane Michael, who is running for the Conservatives in Burlington, Ontario, served two terms as a trustee on the Halton Catholic District School Board between 2010 and 2018, including a stint as the chair of the school board.

During that time, the school board made national headlines a number of times relating to divisive issues with a hardline social conservative bent.

Michael’s campaign did not respond to requests for comment from PressProgress. Questions to Conservative Party of Canada officials also went unanswered. 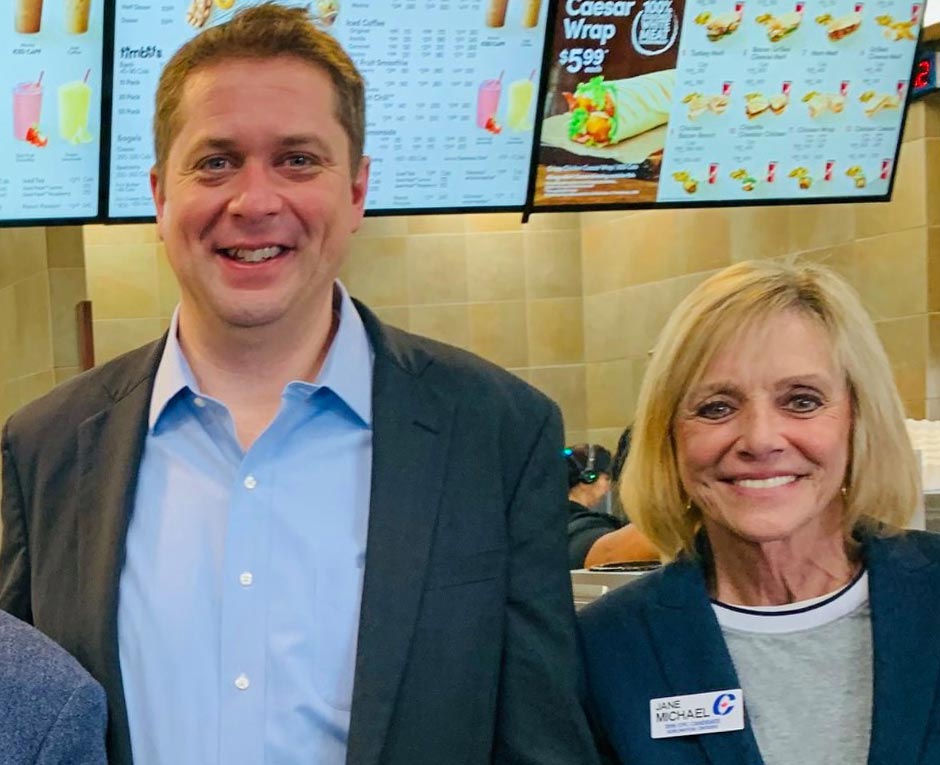 During Michael’s first term as a trustee, the Burlington-area school board held a vote to reverse the previous board’s controversial decision to ban students from forming Gay-Straight Alliances, school clubs designed to prevent bullying against LGBTQ students.

The outgoing chair of the board rationalized their decision to ban GSAs, explaining: “We don’t have Nazi groups either.”

Michael was one of only two school board trustees on the 10-member board who voted against reversing the ban.

According to the Hamilton Spectator, Michael said after the vote: “If we abandon our Catholic principles, we will have abandoned our link to home and church.”

The Toronto Star also reported Michael saying she voted against the GSA motion because the Catholic Church “takes exception to the homosexual lifestyle.”

Keith Boyd, president of Ontario English Catholic Teachers’ Association’s unit in Halton recalled Michael was one of the more “conservative” members of the board.

“She was reasonably pleasant to talk to,” Boyd told PressProgress, “but she was party to the greatest dysfunction our school board has ever seen.”

“There was a lot of homophobia at the trustee table,” Boyd added. “This was rolling out across the province but Halton politicized it, divided our community with it and it was really an ugly period — a black mark on our board.”

In her first term, the now-Conservative candidate made a range of controversial statements about GSAs.

In 2011, following a school board meeting, Michael told Xtra she believed GSAs promote “a homosexual lifestyle that is not in accordance with the Catholic Church” and other “tendencies” that go against Catholic teachings.

“Why can’t heterosexual students have a club? I don’t think sex clubs should be in school,” Michael was quoted saying.

“They force people to be labelled as gay, and that could be detrimental to those people at that school,” she said, but also conceded: “I’ve never been to a GSA.” 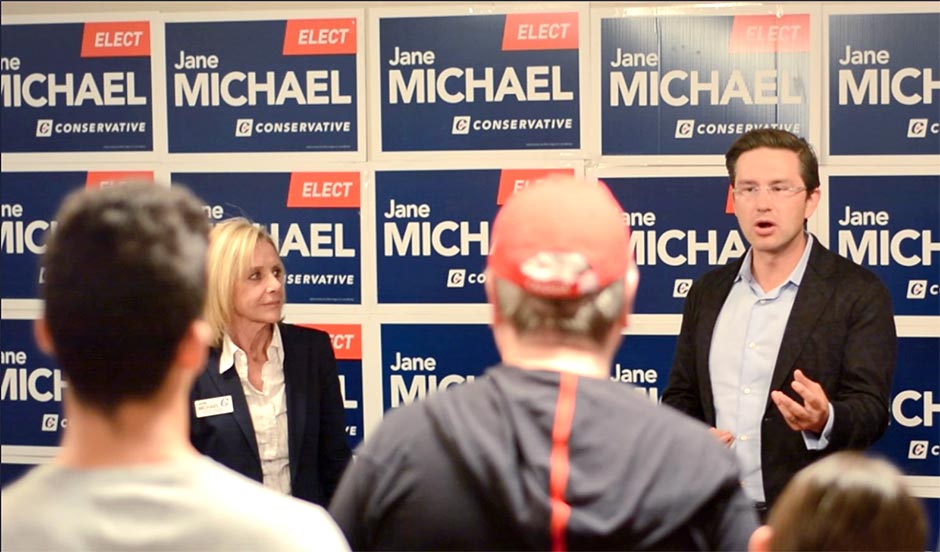 “Anyone who made those comments has no idea why those clubs came into existence and what their purpose is,” said Boyd, a Catholic teacher for 18 years.

“The opinion of most teachers is they’re a fantastic outlet for kids who feel marginalized to group together and talk about some of the issues,” he said.

“We’re all made in God’s image and we deserve to be treated equally.”

A few years later, Michael was again one of two trustees who voted to uphold a ban on vaccinations for the human papilloma virus (HPV) in Halton schools, something public health officials suggest young women do to protect against cervical cancer.

The minutes from the November 2013 meeting on the HPV vaccine don’t provide any special insight into what motivated Michael to vote against making the vaccine available to students, but the record shows a number of hardline social conservative groups made presentations to trustees just before the vote. 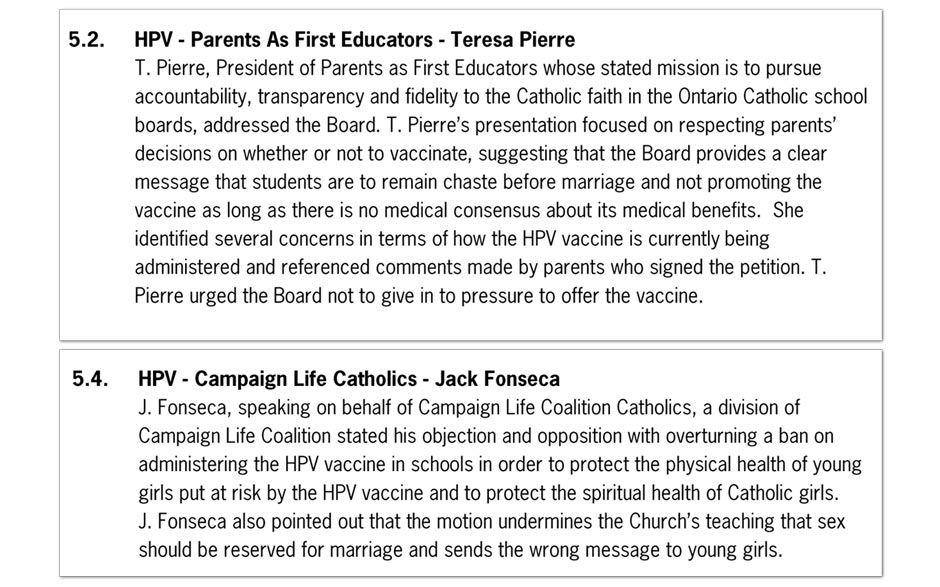 A representative of Campaign Life Coalition, Canada’s biggest anti-abortion group, told trustees the HPV vaccine “undermines the Church’s teaching that sex should be reserved for marriage and sends the wrong message to young girls.”

Another social conservative group, Parents as First Educators, told trustees they need to send a “clear message that students are to remain chaste before marriage” and questioned the “medical benefits” of the vaccine.

However, a team of medical experts told the school board that the vaccine is “proven to be safe and highly effective at preventing the cause of cervical cancer” and added that it would “protect students against HPV-related cancers.”

Michael’s campaign did not respond questions from PressProgress seeking more information about why she chose to vote against the motion on making the HPV vaccine available to students.