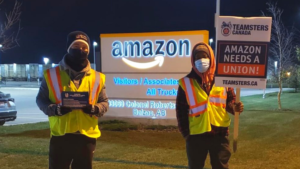 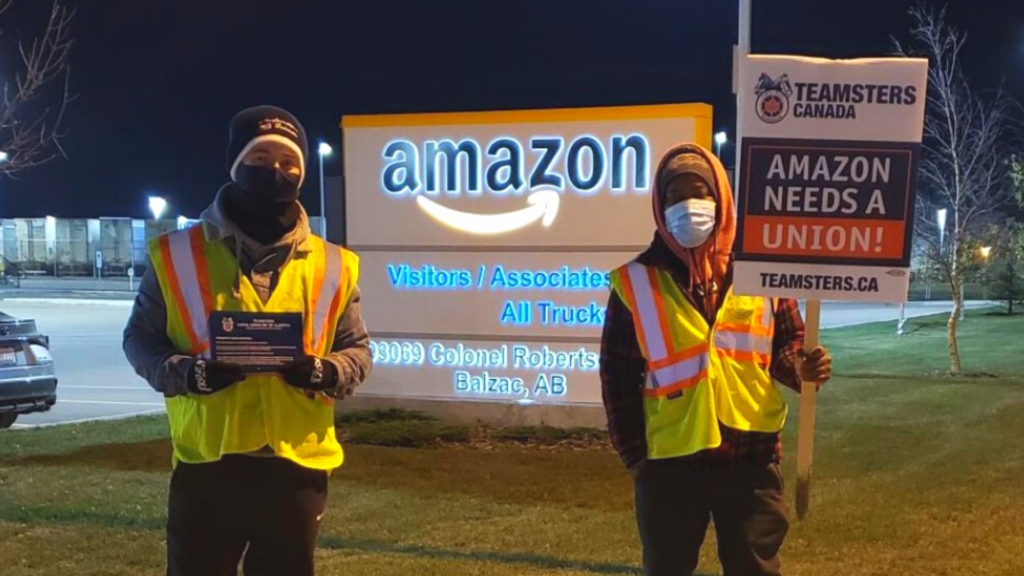 From the minimum wage, to precarious work to unemployment benefits, 2021 was a year of intense struggle

Through 2021, COVID-19 continued to expose many flaws in Canada’s labour laws and employment standards, creating opportunities for reform and change.

Throughout, labour groups have fought hard on multiple fronts to ensure any new changes provide material improvements to workers’ lives, instead of giving bosses more power and lining employer’s pockets.

Here are six key workers’ struggles that came to the forefront in 2021.

Workers have fought for paid sick days long before the pandemic. As government health policies came under increased public scrutiny, workers had an opportunity to force politicians to act. Labour groups across Canada, but especially in British Columbia and Ontario, campaigned for ten paid sick days in federal and provincial employment standards.

In April, Ontario introduced a temporary, paid leave benefit capped at three days. BC introduced five paid sick days into employment standards legislation. Labour organizations were disappointed with both of these responses, proving just how hostile Canadian governments across the political spectrum can be to workers.

BREAKING: #CdnPoli law for #PaidSickDays just received royal assent. But with Bill C-3 workers won’t earn 10 days until OCTOBER. 😱
Then, if we must use the full 10 days, we start off with ZERO the next year—and we won’t get to 10 until NOVEMBER! 🤯 See 🧵⬇️#Justice4workers https://t.co/rUl2dSaN9F

The federal government passed a federal paid sick leave policy in December which provides 10 paid sick days, but covers only about 10% of workers in Canada. Workers and health experts argue,the legislation has major problems in its current form, with workers only able to access the full 10 days until 10 months on the job.

Employers’ complained about “labour shortages” through much of 2021, while labour groups pointed out that many employers refused to offer decent wages or safe working conditions.

Restaurants and stores say government aid is to blame for a labour shortage — but the hard data tells a different story#Opinion by @JimboStanford https://t.co/XG4zXiyAV7

Justin Trudeau finally announced a $15 federal minimum wage — slated to come into effect on December 29, 2021. Ontario Premier Doug Ford, despite cancelling a minimum wage increase in 2018, was finally pressured to increase the minimum wage to $15 as well.

Last week the ONDP came out in support of a $20 minimum wage. This is an opportunity for the entire labour movement & the left. But with the business backlash already beginning we can’t wait until the June election, we need to organize now #canlab #onpolihttps://t.co/r0XHOaFxdQ

Now, Ontario workers are fighting for a $20 minimum wage, which more accurately reflects the rising costs of living. However, the minimum wages in many other provinces, like Saskatchewan, Manitoba and New Brunswick, remain dismally low.

Early in 2021, Uber began lobbying the provinces to rewrite labour laws and create a ‘new underclass of worker.’ Uber falsely claimed it would not be able to offer drivers benefits without making changes to current employment standards.

Uber is lobbying Canadian provinces to rewrite labour laws and create a new ‘underclass of workers’.

Gig workers and labour lawyers sounded the alarm, pointing out that Uber was using the same misinformation tactics it had in creating a third category of worker through a referendum in California. The referendum ultimately excluded gig workers from basic employment standards like access to EI and minimum wages, though it was later struck down as unconstitutional.

During the 2021 federal election, the Conservatives made a concerted effort to appear more worker-friendly and proposed a plan to provide benefits for gig workers. Gig workers quickly pointed out that O’Toole’s plan was ‘carbon copied’ from Uber’s proposals and that the Conservatives’ chief of policy was in fact a former Uber lobbyist.

Unfortunately, none of the other federal parties meaningfully addressed misclassification in their platforms either.

The Teamsters passed a resolution to take on Amazon at their international convention in June 2021. A few months later, the Teamsters announced a cross-Canada union drive at nine Amazon warehouses.

Amazon’s anti-union tactics around the world show what Canadian warehouse workers are up against.

In November, the Teamsters experienced an historic shake up in leadership. A slate backed by the grassroots group Teamsters for a Democratic Union was elected to the executive, promising an increased focus on worker engagement and building worker power.  The union is already organizing its 300,000 members to build a credible strike threat ahead of negotiations with UPS, which holds the largest private sector contract in the country.

The shake up at the Teamsters  and the results of the UPS negotiations will have significant implications for its attempt to organize Amazon warehouses in Canada.

In April, the federal government announced 90,000 migrant workers would be able to obtain permanent residency. This was a huge victory for migrant workers who had organized across Canada for permanent status upon arrival. However, this new federal program filled up quickly and had many restrictions on who would be approved. It also did not change the fundamental nature of the temporary foreign worker program which allows employers to deport workers at whim.

On #InternationalMigrantsDay – we look back at 2021, what we did, with you, and what we will do together in 2022 to win #StatusforAllhttps://t.co/2TNY6aMUjB

To all our supporters, thank you!
Onwards! Together, we will win!

In Ontario, many migrant workers have also gotten organized.

The trucking sector is one of the biggest recruiters of temporary foreign workers, next to agriculture. Truckers in Brampton, many of whom lack status, are organizing against wage theft through the Naujawan Support Network.

Over the past three years, there have been thousands of complaints of wage violations in long haul trucking.

We go inside Brampton truckers fight against what some call a “billion dollar scam”https://t.co/CN03PKxJ0G

The pandemic highlighted how ill-equipped the current Employment Insurance system was to support workers who lost their jobs.

The Canada Emergency Response Benefit and the subsequent Canadian Recovery Benefit were introduced to allow more workers to access financial support in a short period of time. The CRB ended on October 23, 2021, despite protests from workers’ groups, leaving workers to again rely on EI.

Half of Canada’s workforce collected CERB/CRB. CERB is long over and CRB ended October 23. Are we now returning to the same failed EI system? What is labour’s strategy to fix the safety net? @rankandfileca editor Doug Nesbitt investigates.#canlab #cdnpolihttps://t.co/uykZV28OnU

The federal government also implemented small reforms to make EI more accessible, and announced consultations to further improve the system. Given how much employers complained about workers receiving CERB and the CRB during the pandemic, labour groups will have a significant fight on their hands to ensure the business lobby is not the dominant voice shaping the future of Employment Insurance.

Workers groups continue to call on the federal government to reinstate pandemic financial supports in response to the more transmissible Omicron variant.