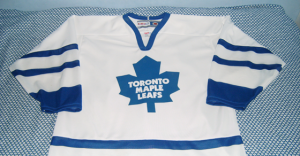 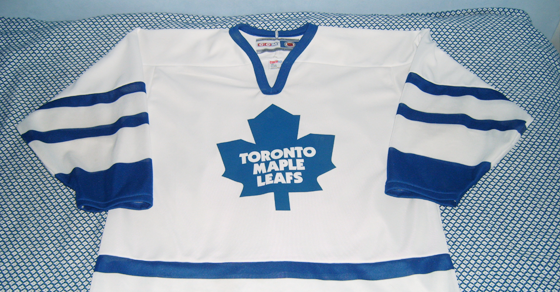 Could NHL hockey jerseys be the reason why Conservative senators aren't acting very swiftly to pass the controversial anti-union bill?

Could NHL hockey jerseys be the reason why Conservative senators aren’t acting very swiftly to pass the controversial anti-union bill?

Bill C-377, currently at third reading in the Senate, is a private member’s bill authored by Conservative MP Russ Hiebert that would force unions to disclose all transactions of more than $5,000 and all salaries of more than $100,000.

This is Hiebert’s second kick at the can after his first attempt died when his boss prorogued Parliament. But his losing streak could continue, according to an angry Hiebert e-mail to caucus colleagues leaked to the Canadian Press that suggests he is outraged at Conservative senators for not moving to get his bill passed.

“This is outrageous!,” Hiebert reportedly wrote. “To walk away now is inexcusable.”

The Prime Minister’s Office hasn’t yet directed the Conservatives in the Senate to table a disposition motion that would effectively end all debate on amendments and force a final vote before a fall election (when all bills die).

What’s going on? Are the Conservatives trying to quietly let the bill die so they won’t appear to be kowtowing to millionaire hockey players?

We do know the Toronto-based National Hockey League Players’ Association flagged a serious problem with the bill back in April.

In a letter to senators, NHLPA President Donald Fehr warned senators that Bill C-377 would make public all kinds of financial information pertaining to players’ endorsement, licensing and marketing deals.

Did the PMO get cold feet over this “unintended consequence of the legislation?”

It’s hard to say, but we do know one Conservative senator, Diane Bellemare, says she’s wholeheartedly against C-377.

The bill has the goal of strong-arming unions representing teachers, nurses, firefighters, and police officers among others. Experts say the legislation is unconstitutional and an invasion of privacy.

Before he left the scandal-plagued Upper Chamber, retired Conservative Senator Hugh Segal even called it “an expression of statutory contempt for the working men and women in our trade unions and for the trade unions themselves and their right under federal and provincial law to organize.”

And now Senate Liberals are fighting the bill by tabling amendments.

So why not motion to force a vote? Seems like a lose-lose situation.

What will the Conservatives do?