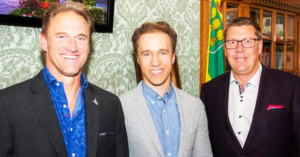 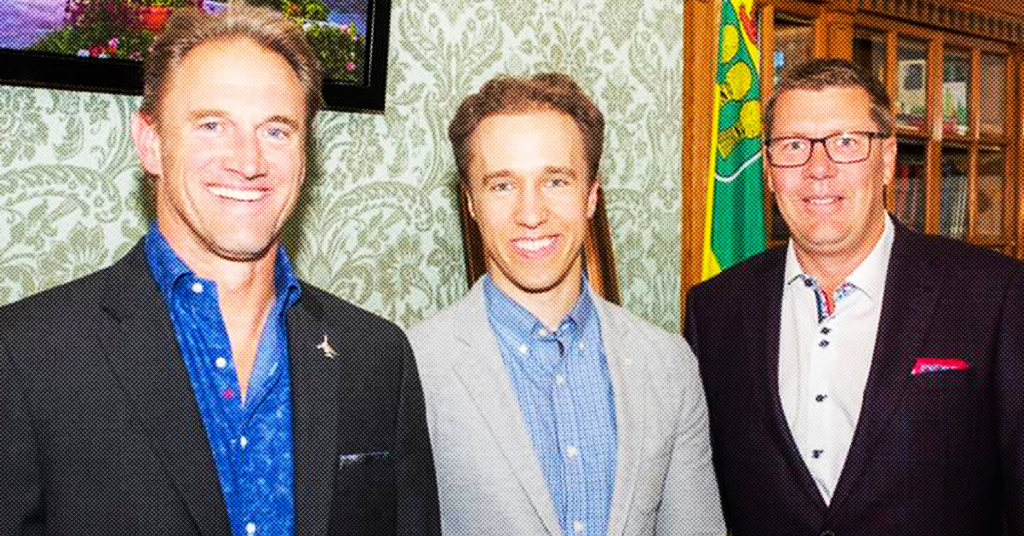 Who Invited a Top Saskatchewan Party Donor to a Meeting With Craig Kielburger in Premier Scott Moe’s Office?

The Office of Saskatchewan Premier Scott Moe and WE Charity are providing no clear explanation for how a wealthy investor and top Saskatchewan Party donor ended up in a meeting with the premier and Craig Kielburger.

PIC Investment Group President and CEO Greg Yuel is a major donor both to Kielburger’s WE Charity and Moe’s Sask Party.

PIC Investments is the biggest corporate donor to Moe’s party, giving a whopping $26,300 in 2019 alone, while Yuel personally chipped in another $500 as an individual. WE has also described Yuel as an “outstanding partner and supporter.”

But representatives for WE and Moe are currently staying tight-lipped about why Yuel made an appearance in the Saskatchewan Premier’s Office during Kielburger’s visit to the Saskatchewan Legislature in Regina last fall. 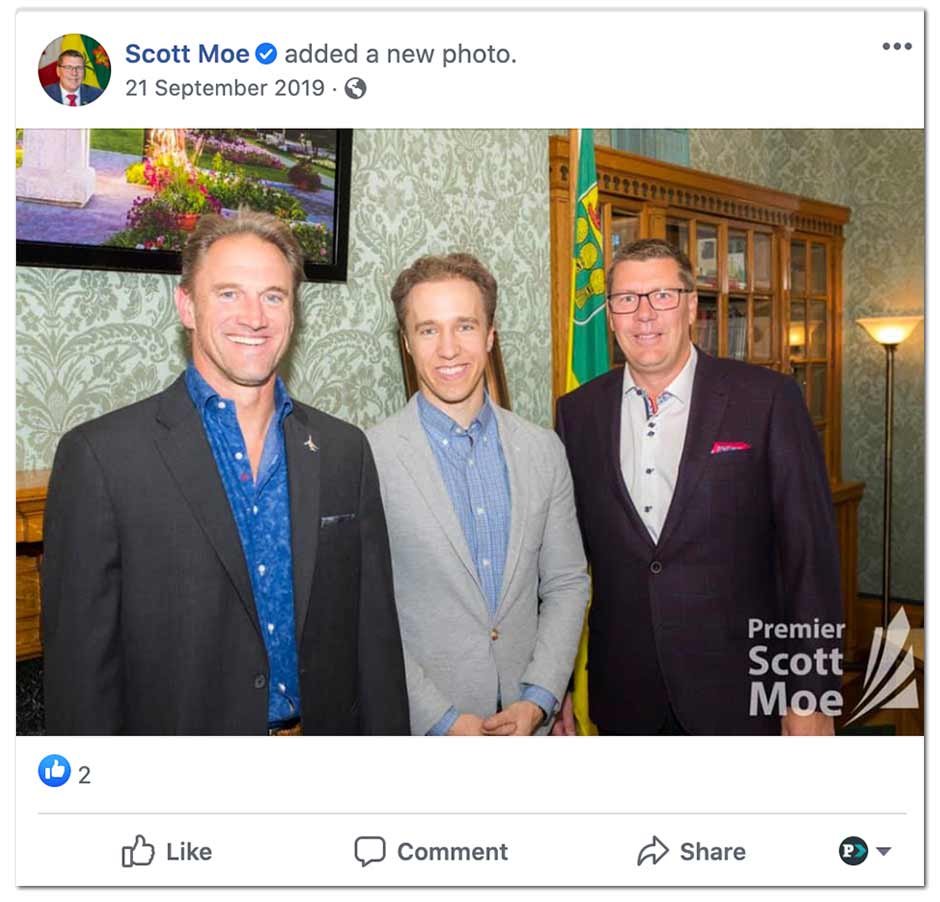 Neither the Premier’s office nor Yuel himself responded to requests for comment from PressProgress asking why a big money Sask Party donor was at the meeting, who organized the meeting or even what was discussed at the meeting.

A representative of PIC Investments told PressProgress Yuel returned from a trip to the United States on July 25 and was self-isolating for two weeks.

In a statement, WE Charity told PressProgress that “Greg Yuel is a private citizen and played no role in organizing the meeting.” The youth-focused group did not respond when asked if Yuel had been personally invited to the meeting by WE.

WE Charity also reiterated that “Premier Moe paid for all of the expenses associated with his and his family’s trips to Kenya.” 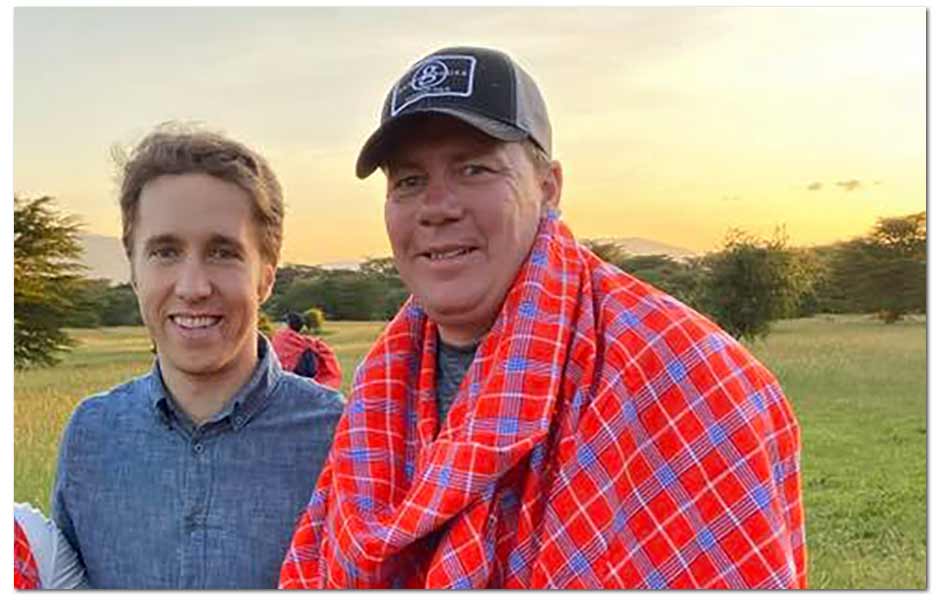 Unanswered questions about the meeting, along with Moe’s vacation in Kenya, have raised concerns about conflicts-of-interest as new details about the proposed sole-sourced contract have been made public.

Educators and school boards in the province say they were not consulted and had no prior knowledge about the proposal to have WE design in-class programming that promotes “mental well-being of youth” in Saskatchewan schools.

In November 2019, Kielburger tweeted a photo of his September meeting with Yuel and Moe, describing the meeting as a “terrific discussion about Indigenous education, service learning and mental health.”

The September 2019 meeting was not logged in the Saskatchewan Lobby Registry. Despite Moe’s government later offering WE a $260,00 sole-sourced contract, both Kielburger and WE are not registered as lobbyists — nor is Yuel or PIC Investments.

Earlier this fall, I had the chance to chat with @PremierScottMoe and @WEmovement champion @GregYuel at the Saskatchewan Legislature. We shared a terrific discussion about Indigenous education, service learning and mental health. pic.twitter.com/YMGRJlfFIF

Democracy Watch co-founder Duff Conacher said the meeting wouldn’t meet the definition of lobbying under Saskatchewan law, noting rules for unpaid lobbying only apply after “100 hours annually” — something he calls a “huge loophole.”

That said, Conacher called Yuel’s presence at the meeting “unethical” given his past financial support for Moe’s government and complex business interests.

“The fact that he’s the largest donor to the party shows that those donations buy access,” Conacher told PressProgress. “The public has a right to know whenever anyone lobbies anyone in government otherwise it’s really hard to tell why decisions are being made and who might have tried to influence them.”

Yuel has made some big investments in Saskatchewan’s industrial agri-food sector — in 2017, Yuel partnered with Hollywood director James Cameron to launch Verdient Foods, which runs a large pea protein processing plant in Saskatchewan.

The processing plant produces pea protein isolates that enhance the protein content in foods like granola bars and cereals, as well as plant-based meat substitute products like Beyond Meat burgers.

Yuel says the company has its eye on feeding billions of people in the “Third World,” noting that with consumers in other countries “wanting to eat the way we eat, quite frankly, there won’t be enough beef to feed everybody.” 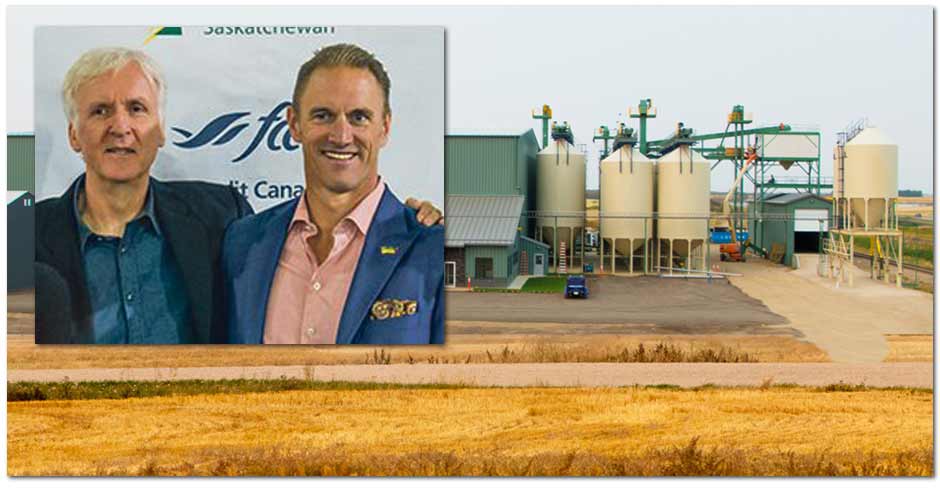 In a Facebook video produced by the Government of Saskatchewan this year, a spokesperson for Yuel’s company thanked Moe’s government for introducing them to Ingredion, a global ingredient producer that entered into a joint venture with Verdient in 2018. Yuel added: “The government we have is absolutely excellent for attracting and cutting the red tape for those that are trying to get into the province.”

Although a number of major brands partnered with the Me to We social enterprise, including General Mills, Kellogg’s and Pepsi, buy their ingredients from Ingredion, there is currently no indication ingredients from Verdient’s pea protein plant are directly used in their supply chains.

But the tangled web of partnerships do raise questions about whether WE’s school programming ultimately serves public interests or private interests.

“WE Charity is essentially selling access to kids to big businesses,” Conacher told PressProgress, adding that this can include exposing kids to corporate marketing that brands partner companies in a “positive way.”

Looking forward to spending the afternoon with our friends from @PotashCorp without whom #WeDay #Saskatchewan wouldn’t be possible.

“It’s not surprising that a bunch of businesses have lined up to have the goodness glow of WE Charity shone on their company,” Conacher added.

One component of WE’s Well-being program is the WE Eat Well campaign, a program designed to educate students about nutrition.

Skepticism about Saskatchewan’s WE Well-being deal hasn’t been helped by Moe’s own confusing explanations: Moe has stated he “wasn’t aware” WE did business with his government while also admitting he was aware of the proposal.

The advanced contract award notice closed on May 29, 2020, and the agreement is currently being reviewed before it is signed. The Government of Saskatchewan has said it still plans to move forward with the contract.