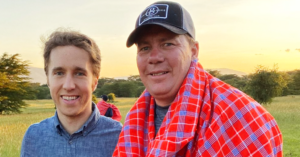 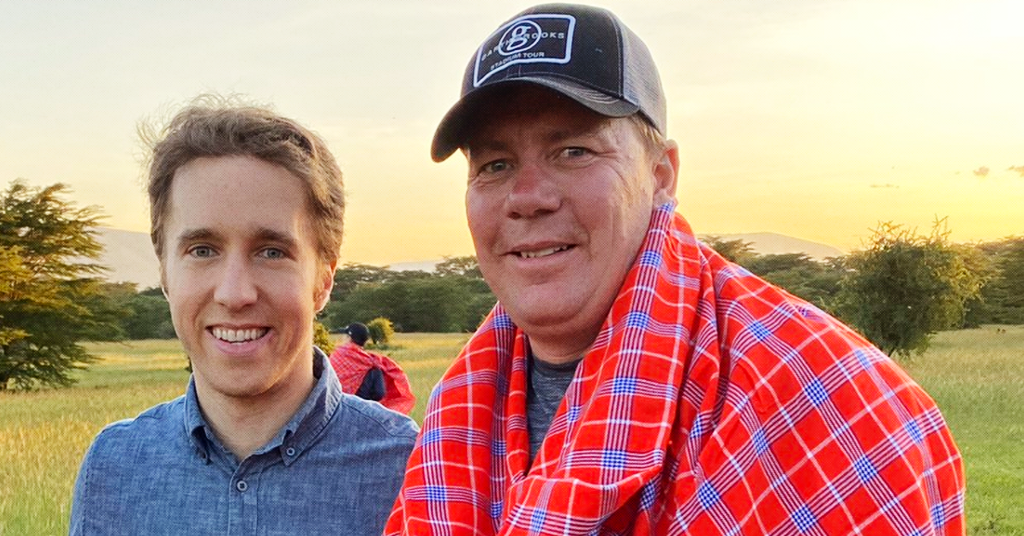 Saskatchewan Educators Say They Had No Knowledge of Scott Moe’s $260,000 ‘WE Charity’ Contract

Key stakeholders in Saskatchewan’s education system, including local school boards and teachers unions, say they had no advance knowledge of a sole-sourced $260,000 contract Scott Moe’s government is in the process of approving for WE Charity.

WE Charity, which bills itself as an “international charity and educational partner” devoted to empowering youth, finds itself at the centre of Prime Minister Justin Trudeau’s growing ethics scandal relating to a massive $900 million sole-sourced contract handed out to WE.

As Trudeau’s ethics scandal unfolds at the federal level, Saskatchewan Premier Scott Moe is also facing tough questions over a sole-sourced contract his government gave to WE Charity after Moe travelled to Kenya to participate in WE activities.

Moe has given confusing answers on the topic, stating that he “wasn’t aware” WE did business with his government but also admitting he was aware of the proposal. The Premier says he paid for his trip to Kenya out of his own pocket.

Tender for WE Well-Being Program (SaskTenders)

According to a tender posted by the Ministries of Health and Education, WE Charity would be paid $260,000 for the pilot project, consisting of 12 lessons that promote a “culture of safety and caring in their schools.”

“The program is intended to build capacity of educators to implement well-being principles into their daily classes and subsequently embed wellness into the daily lives and actions of young people,” the tender explains.

The government did not request proposals from any other suppliers, explaining that they intended to “contract with WE Charity on the basis that they are the only supplier able to provide the WE Well-being program that meets the two Ministries requirements for this procurement.”

The advanced contract award notice closed on May 29, 2020 and the agreement is currently being reviewed before it is signed. The Government of Saskatchewan has said it still plans to move forward with the contract.

It’s unclear why Moe’s government is spending a quarter-of-a-million dollars on the program as Saskatchewan schools face funding shortfalls — Moe’s Health Ministry referred questions from PressProgress to Moe’s Ministry of Education, which in turn did not respond to multiple requests for comment. 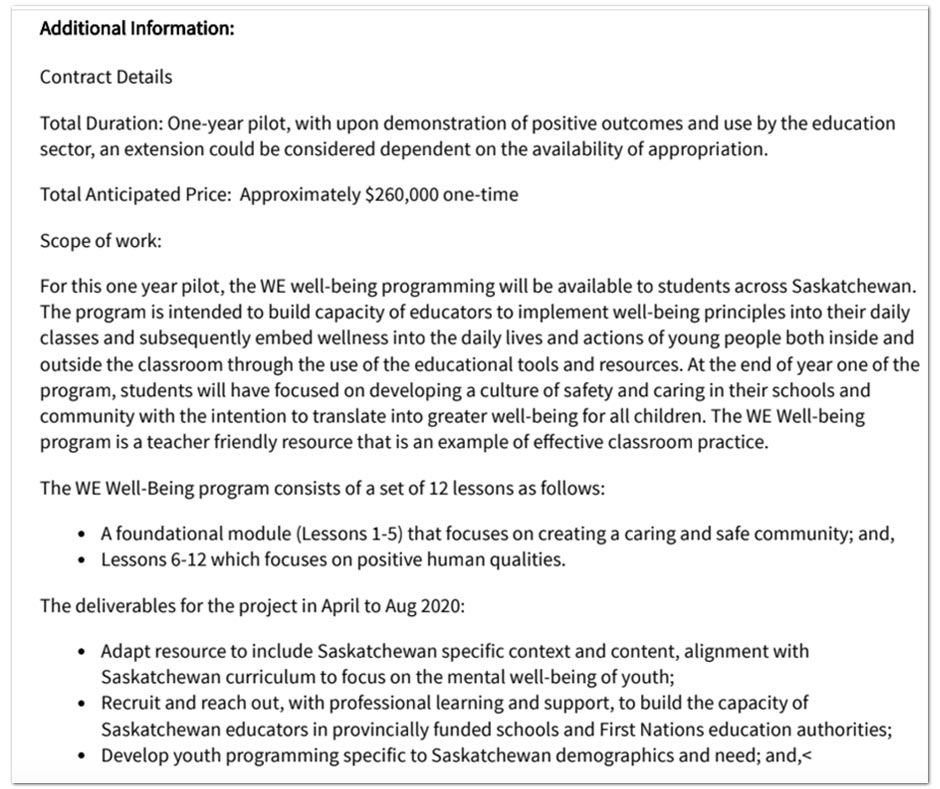 Tender for WE Well-Being Program (SaskTenders)

Despite describing the pilot project as a “teacher friendly resource” and indicating WE Charity was expected to “recruit and reach out” to Saskatchewan educators, several school boards confirmed to PressProgress that they were never consulted and had no advance knowledge of WE’s Wellness program.

A spokesperson for Regina Public Schools, one of the biggest school boards in the province, confirmed the decision to green light the WE pilot project was made without any input from their school board.

“Regina Public Schools has had no formal discussions on this matter with the Ministries of Health or Education,” spokesperson Terry Lazarou told PressProgress.

Likewise, Greater Saskatoon Catholic Schools spokesperson Derrick Kunz also told PressProgress his school board was “not contacted or consulted for the WE Charity contract.” The same response was echoed by the Saskatoon Public School Division and Northwest School Division.

The Saskatchewan School Boards Association confirmed to PressProgress that none of the association’s members played any role in shaping the pilot project’s content.

“Curriculum in Saskatchewan is a provincial responsibility and is set by the province,” SSBA spokesperson Joe Couture told PressProgress. “They do have different employees and committees they work through in terms of how curriculum is rolled out.”

“We wouldn’t really have an active role in terms of that.”

Representatives at a number of unions representing teachers in Saskatchewan also confirmed to PressProgress they had no advance knowledge of WE’s pilot project prior to the awarding of the contract.